‘IT’S leviosa, not leviosaar,’ sing a huddle of twentysomething Harry Potter fans, paraphrasing Hermione Granger as they sweep across the drawbridge in flowing black robes. Peeking through the castle door is the sallow face of a goblin with red eyes, purple horns and a menacing pantomime grimace. It’s all a bit trippy for 9am on a Saturday.

I shrug on my black gown, tie my house tie and, with a Bic pen as a makeshift wand, I’m all set for my day at Bothwell School of Witchcraft, a wizard-themed weekend at Herstmonceux Castle in East Sussex. It’s the brainchild of friends Cameron Readman and Stuart Munnich.

‘The response was incredible,’ says Cameron, an engineer by day. ‘We reached our Kickstarter target in four minutes and sold out in two hours.’ Although not affiliated with JK Rowling or the Harry Potter franchise, it largely attracts over-18 Potter fans, many from Japan, Korea and America. It’s timely too: next month is the 20th anniversary of Harry Potter And The Chamber Of Secrets and to celebrate Bloomsbury is releasing four new Hogwarts House editions with covers illustrated by Levi Pinfold.

Run like a murder mystery weekend, it allows guest to choose whether to be a professor or a student. They’ll receive a briefing manual with personal histories and suggested storylines prior to arrival. The concept is live-action role-play, known as LARPing, an extended version of make-believe. Some guests are LARPing pros while others seem as bewildered as I am when faced with 150 adults dressed as schoolchildren, goblins and trolls. ‘We didn’t know what to expect,’ says Linda from Brighton. ‘As big Harry Potter fans we heard about it on social media and signed up as it sounded fun.’

The 15th-century castle is owned by Queen’s University Canada and its oak-panelled halls, galleried theatres and ancestral oil paintings make for an authentic setting. Guests stay in the castle’s student accommodation and all meals are included. There’s even a house bar, which I imagine helps oil the wheels of the game.

Dressed in my scholarly robe, I clatter through the hallways trying to find the alchemy class. A rosy-cheeked gnome, one of the Bothwell actors, pops out from nowhere to guide me along. 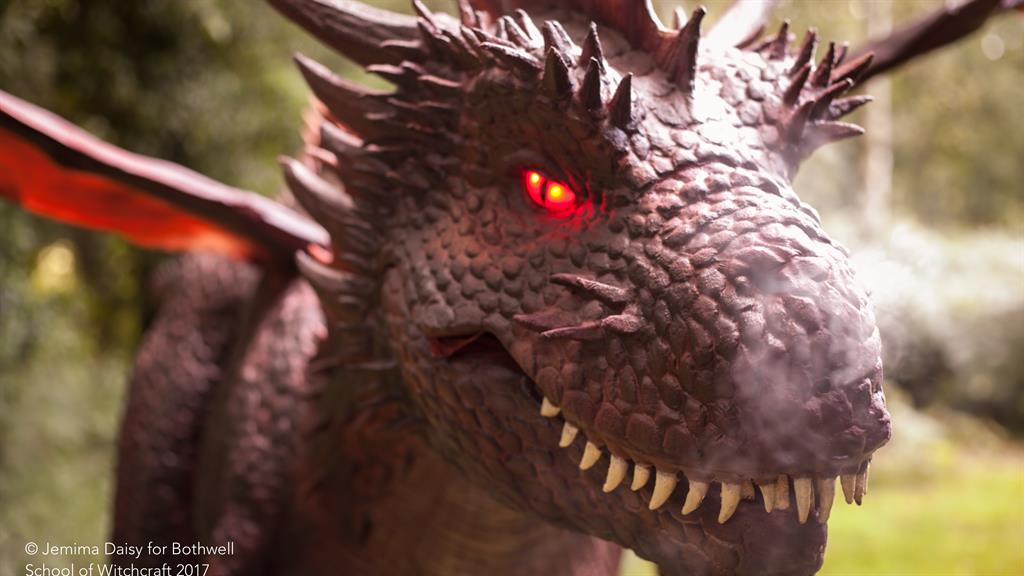 After learning to mix spells, I head to the castle forest, where Gerard teaches a group about falconry. Looking around the class, whose age range spans from late teens to mid-thirties and older, I can see cliques forming already: the smokers behind the hedge, rebels with short ties and gnarled wands, the swots reciting every spell in true Hermione style.

Stuart and Cameron assure me that guests can take part as much or as little as they like but the more you put in, the more you get out of it. Even if you’re not a fan of Harry Potter, I can see how it would make a fun weekend, especially with friends. Certainly, the appeal shows no signs of abating: although first in the UK, Bothwell is not the only wizard school for adults. Stuart and Cameron work closely with the College of Wizardry at Czocha Castle, Poland, and New World Magischola in Williamsburg, Virginia.

After lunch, a tasty and un-school dinners-like chicken chasseur, I join the beastology class in the grounds. There I meet an intimidating furry troll — an actor swathed in fake fur, basically — lumbering through the forest and an eerily lifelike animatronic dragon blowing puffs of smoke. The attention to detail is amazing, thanks to the team of 20 volunteers and actors who run it like clockwork.

Before getting ready for the grand banquet in the castle ballroom, its dark-wood panelling and house pennants resembling Hogwarts’ Great Hall, I pass a group of Hermione lookalikes guarding a nest of golden dragon eggs from a competing house (one of the storylines), all while a horned goblin and a student witch indulge in an intense wand fight. What a magical time to be alive.

Prices start from £565 for a standard ticket to £700 for a deluxe gold ticket. It includes three nights accommodation, all meals, plus school robes and a house tie. Next dates are August 10-13 and August 26-29 https://www.bothwellschoolofwitchcraft.com/event-tickets

Three of the best superfan sites 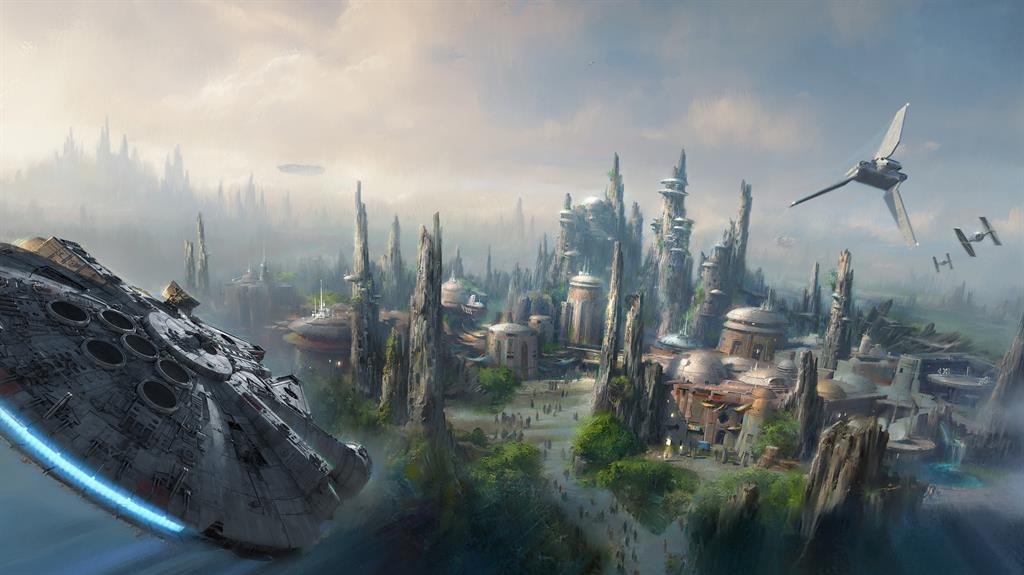 USA: Disney is launching Star Wars: Galaxy’s Edge Land in its Florida and California parks in 2019. It will include an immersive Star Wars-themed resort where guests take lightsaber lessons and go on secret missions — and even get to fly the Millennium Falcon. From £175 for a two-day Disney Parks ticket, disneyparks.disney.go.com 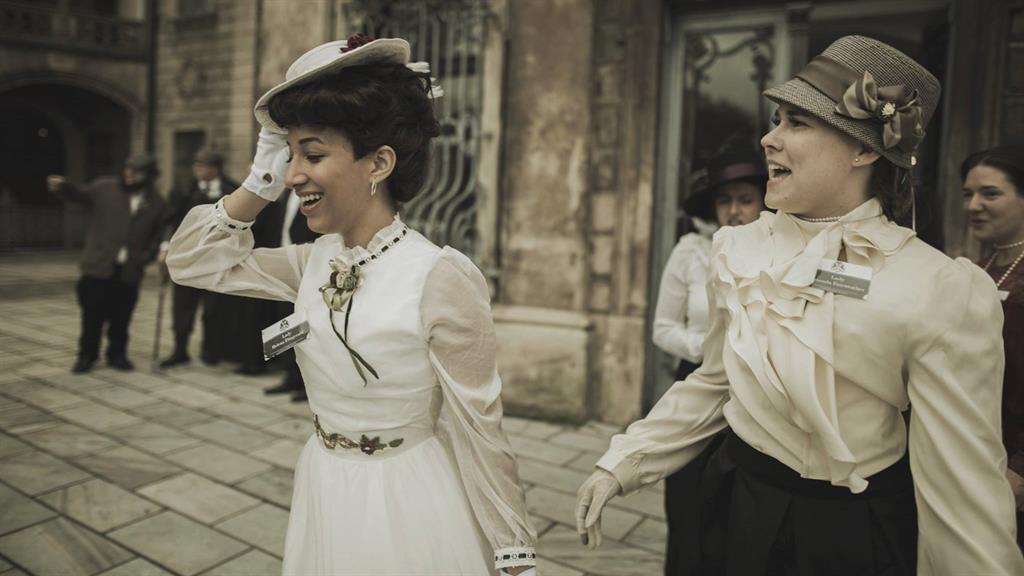 POLAND: Spend the weekend playing lord or lady of the manor in the 18th-century Moszna Castle. Inspired by Downton Abbey, Fairweather Manor (next date, Nov 22-25) is a live‑action role-play weekend set in England during World War I, so Downton fans can become fully immersed in gentry life for the weekend. From £145, fmlarp.com 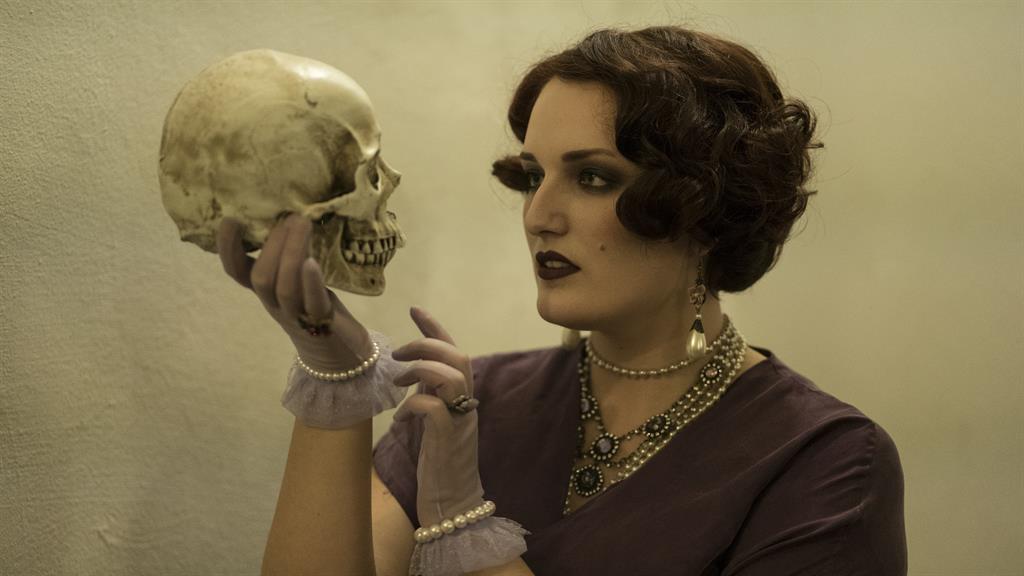 DENMARK: Fans of the Bard can don their ruffs in Helsingør. The 16th-century Kronborg Castle was the setting for Elsinore, the castle in Shakespeare’s Hamlet. Luvvies in period costume can channel their inner Olivier as they relive Hamlet’s fate (next date Oct 26-28). From £408, insidehamlet.com