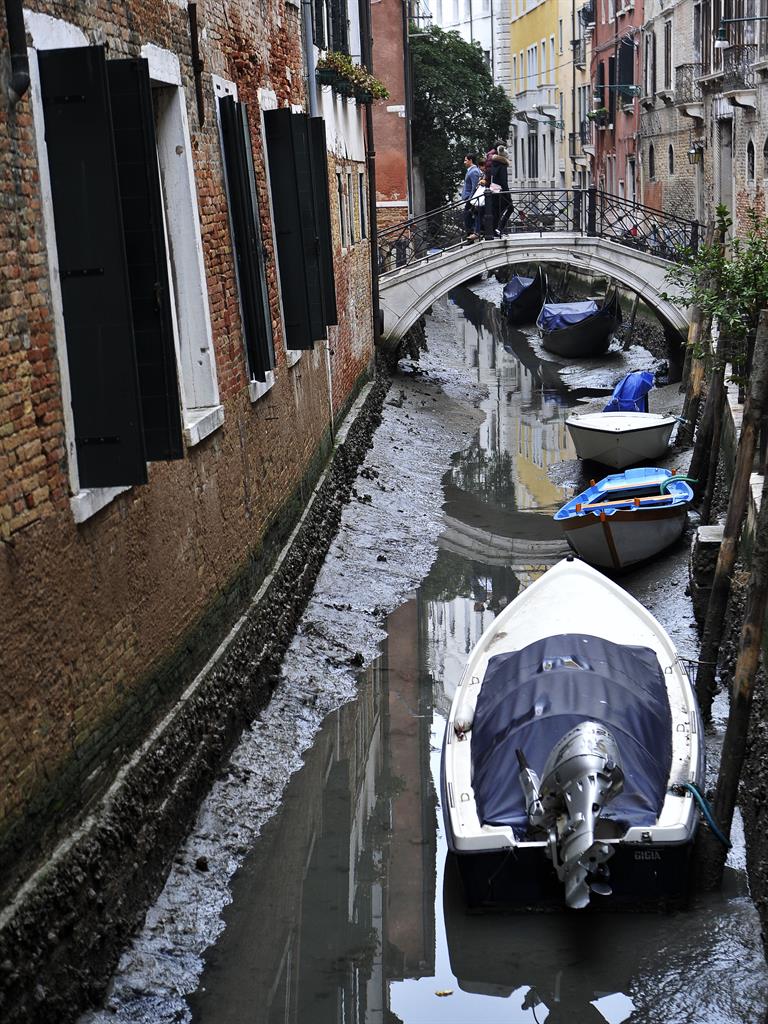 The canals more closely resembled muddy trenches as the water dwindled to 17in below sea level on Monday.

Gondolas and boats were unable to navigate some parts of the network and became stranded.

Venice experienced its highest water levels in more than 50 years in November, when more than €1billion of damage was caused by ‘apocalyptic’ floods that mayor Luigi Brugnaro blamed on climate change.