AS THE campaign speeds towards December 12 polling day, this vote more than any I can remember feels like a series of separate elections in different parts of the country, with contrasting issues at play.

In Leave supporting towns in the north of England, where the Conservatives are trying to peel votes from Labour, or Remain supporting constituencies in the south, where the Lib Dems are attempting to win over Conservative voters, a variety of different battles are taking place.

This is particularly true of Scotland, where I visited this week.

While many in England and Wales feel they are wrestling with a choice between Boris Johnson and Jeremy Corbyn, in Scotland there is another alternative: the SNP. And it feels like they could be on the march.

I spent the day in East Renfrewshire, a residential constituency to the south of Glasgow. It’s a promiscuous seat, which has seen recent MPs from almost all the major parties. It used to be the safest Conservative stronghold in Scotland until Jim Murphy took it for Labour in 1997, and the SNP won it for the first time in 2015.

At the last election, however, it went Conservative again when Paul Masterton won by 4,712 votes. That majority is now under threat from the SNP who are hopeful of taking it back — and their chances look good. But Brexit is not the only dividing line in Scotland — independence matters too.

I spoke to many people unhappy with the Conservative position on Brexit but concerned that a vote for the SNP would be a vote for an independent Scotland.

Unsurprisingly in this constituency, the SNP are trying to frame the fight as all about Brexit while the Conservatives are trying to focus the debate on independence. Who wins the framing war will likely take the seat.

As the declarations start pouring in overnight on December 12, there will be some surprises.

■ THIS has been the week that I started to appreciate the reason why we are having the first December election since 1923. Freezing weather and dark nights make campaigning that bit more miserable — and people are understandably more reticent to open their doors to even the keenest canvassers.

His manifesto destiny? For Corbyn it’ll be break or bust

IF THE Labour Party is to turn the tide in this campaign it needs a game changer.

Jeremy Corbyn will be hoping that the manifesto launch yesterday will be that moment.

Public sector workers would get a five per cent pay rise under a Labour government, 150,000 council and social homes would be built, tuition fees scrapped and free fibre broadband rolled out for every home and business.

In the last election in 2017, Labour’s policy offer dramatically changed the narrative of the campaign and — although the party didn’t win the election — the manifesto helped it outperform expectations and resulted in a hung parliament. We will know in the coming days if this one has the same impact.

And if it fails? We will most likely be looking at a Conservative majority.

Date with McDonnell on Sunday 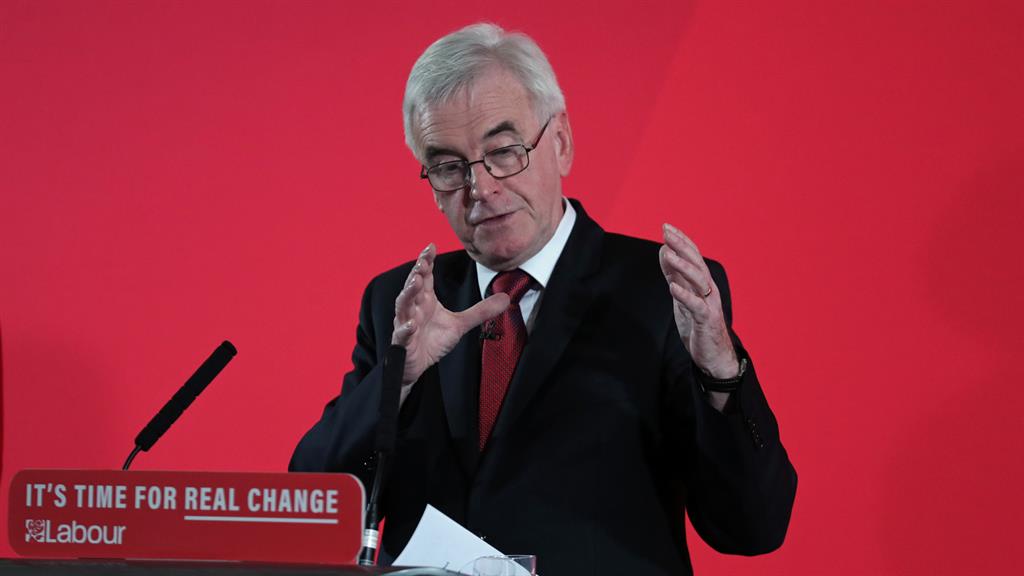 IN THE week Labour launched its manifesto, I will be interviewing the man who hopes to be in charge of the nation’s purse strings — shadow chancellor John McDonnell — on Sophy Ridge on Sunday. We’ll also be speaking to Scotland’s first minister and SNP leader Nicola Sturgeon. Tune in to the programme on Sky News at 8.30am on Sunday.