THE reshuffle that was billed as simply a limited reorganisation of the cabinet has ended in fireworks.

Sajid Javid has become the shortest-serving chancellor for 40 years — leaving the job before even having the chance to deliver a Budget.

He quit his post after refusing to sack his aides and accept demands for a new advisory unit being set up between No.10 and No.11. This would amount to a major power grab by No.10.

At first glance, this looks like another example of a reshuffle gone wrong — a case of the prime minister’s plans being thrown into chaos when a minister refuses to play ball.

But I can’t help thinking that something else is at play here.

Relations between the former chancellor and No.10 have been frosty for a while — with Mr Javid insisting on fiscal responsibility over high spending.

It led to clashes with the PM’s top adviser Dominic Cummings (below) and he has been blamed for recent leaks to the media. 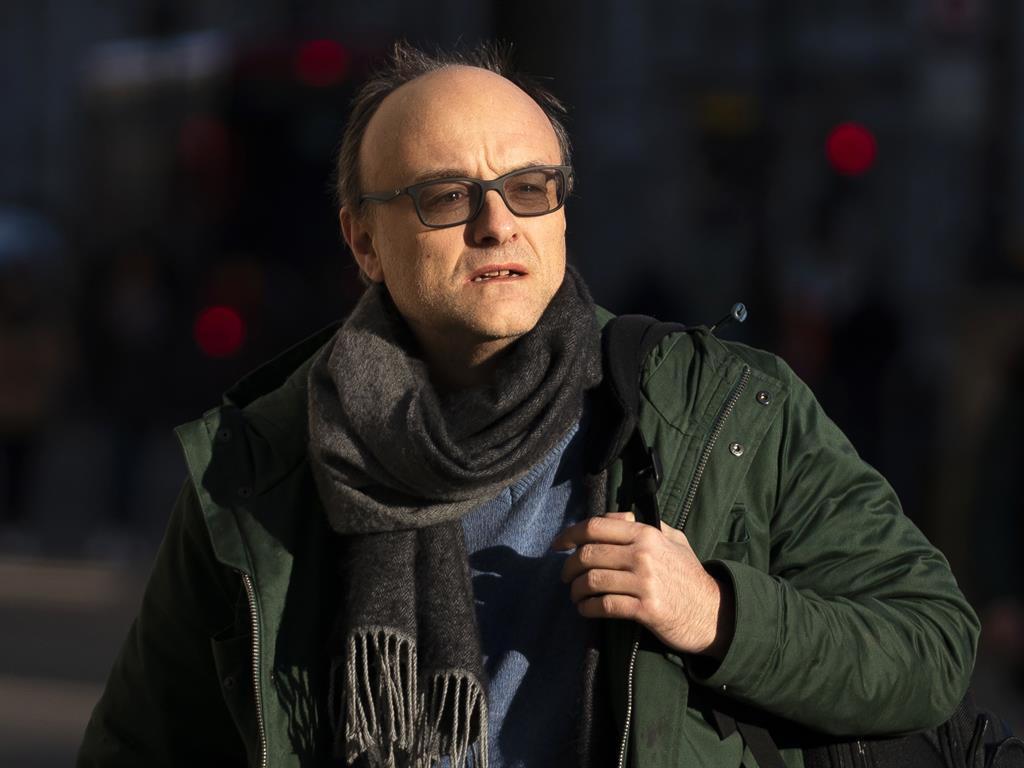 In contrast, No.10 are big fans of Rishi Sunak — Mr Javid’s former deputy in the Treasury who was given his job — and he has been tipped for promotion for a while. For all that, Boris Johnson has been reluctant to sack Mr Javid after backing him during the election campaign as it would appear particularly brutal.

So what is the outcome? Mr Javid has been put in a position where he feels he cannot stay and Mr Johnson does not have to sack him.

Meanwhile loyalist and rising star Mr Sunak becomes chancellor and No.10 gets more control over No.11.

Is the reshuffle really going wrong or is this what they wanted all along?

You can’t help but think that Mr Javid has done what No.10 always knew he would.

There’s no way that the man dubbed CHINO (Chancellor In Name Only) could have agreed to get rid of all his advisers without so much as a whimper.

The result is an ultra-loyalist in the Treasury and No.10 having unprecedented control over No.11.

Above the door to the prime minister’s house at No.10 it says: ‘First Lord of the Treasury.’

Mr Johnson has technically been First Lord of the Treasury since July 2019 — but after this latest reshuffle he really does have that job.

ANOTHER shock sacking was that of Northern Ireland secretary Julian Smith, who just weeks before had managed to broker a deal allowing the continuation of a power sharing government at Stormont.

In doing so he managed to achieve what predecessors had been unable to and get the devolved government in Northern Ireland running after years of breakdown.

He was rewarded by being booted out of his job. Why?

There were reports that the prime minister had been ‘blindsided’ by aspects of the deal, but the writing on the wall may have been earlier.

Last year, Mr Smith pushed for a softer Brexit, as he was worried about the impact on Northern Ireland. He may not have been forgiven. This was a reshuffle that prioritised loyalty over all else.

Staying alert’s too much Labour for sassy Emily

WHILE everyone is distracted by the reshuffle news, the Labour leadership contest rumbles on. I particularly enjoyed one exchange in the BBC’s Victoria Derbyshire debate between the candidates, where Emily Thornberry was asked a question and apologised, saying she had zoned out for a moment. Not the greatest endorsement of her colleagues’ arguments… but she is definitely emerging as the contestant with the most sass.

■ I’M EXCITED to be hosting a debate with the Labour leadership candidates live on Sky News. It will be held in Dewsbury, West Yorkshire — one of the seats Labour lost to the Conservatives at the last election. Tune in at 8pm on Thursday February 27, and if you want to be in the audience or submit a question then you can apply via the Sky News website or contact me on Twitter @SophyRidgeSky