PARLIAMENT has returned after the Christmas break, and all eyes are on the Labour leadership race.

After the catastrophic election result, the party is now understandably searching for a new leader. It won’t be a quick process — the winner of the contest will be announced at a special conference in April, when Jeremy Corbyn will finally step down and hand over the reins.

That means a three-month beauty contest for the candidates to parade first in front of MPs and MEPs (they need to win ten per cent of their support to stand), and then in front of party members.

Already, there is a clear front runner. On the last Sophy Ridge on Sunday podcast before Christmas, I predicted that shadow Brexit secretary Sir Keir Starmer would be the next leader of the Labour Party, and nothing has happened to change my mind.

He’s already won the support of 41 MPs and MEPs, comfortably over the threshold of 22.

His closest rival Rebecca Long-Bailey has 21 supporters, Jess Phillips has 16, Lisa Nandy 14 and Emily Thornberry three. And he has also won the backing of the UK’s biggest union, Unison — the first to declare.

Things are also looking good for Sir Keir when it comes to the second round of the contest. YouGov’s first poll of Labour members showed 31 per cent put him as their first choice candidate, with 20 per cent backing Ms Long-Bailey, 11 per cent Ms Phillips, seven per cent Clive Lewis, six per cent Ms Thornberry and five per cent Ms Nandy.

There is an important caveat, however. The YouGov poll was carried out at the beginning of January, when name-recognition for candidates such as Ms Nandy may be lower than for those who have played a leading role in the shadow cabinet.

Plus there is a long contest ahead — and it is a long time to be the front runner. Sir Keir’s rivals will be training their weapons on him, and there is still time for another candidate to build up momentum and a narrative.

Perhaps the single biggest thing in Sir Keir’s favour, however, is that people on both sides of the party can convince themselves that he is one of them.

The left wing, pro-Corbyn side can content themselves with the fact that he loyally served in the shadow cabinet and has held back from criticising Mr Corbyn’s leadership — even on difficult issues such as anti-Semitism.

Meanwhile those on the centrist side of Labour are convinced that he is really one of them — as he limited himself to dealing with Brexit issues in the shadow cabinet rather than wedding himself to the more radical, left-wing aspects of the party under Mr Corbyn.

Who is right? It’s hard to tell.

But what the clever ambiguity shows is a man who has had his eyes on the prize of the Labour leadership for some time now.

But Gardiner reckons he’d be a Dhabi hand as leader 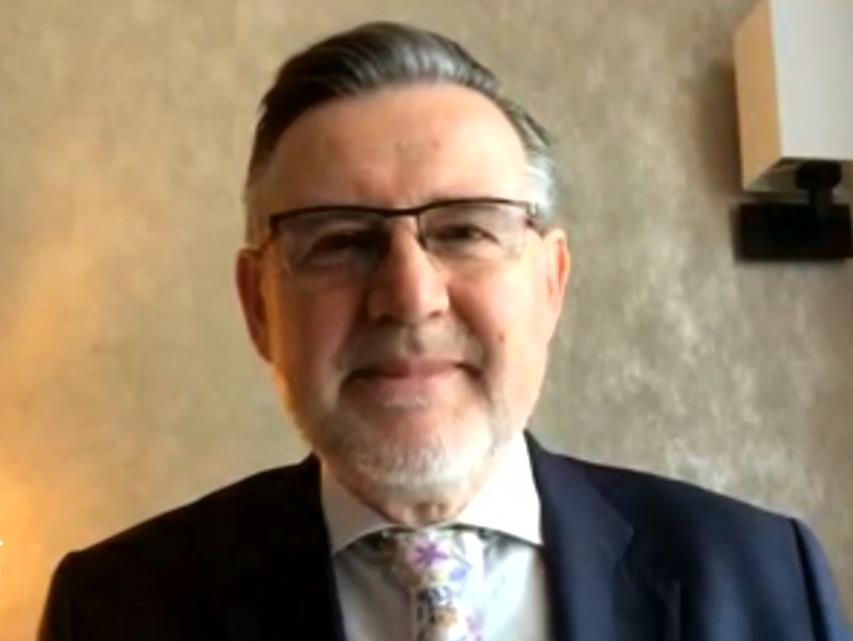 In a surprising plot twist, the latest entrant to the race — Barry Gardiner — chose Abu Dhabi. News first broke the shadow international trade secretary (pictured above) was considering entering the race when he was on holiday; cue multiple hastily arranged Skype interviews. I’m not sure that was quite the launch Mr Gardiner had been planning.

Holiday Boris could have run into storm

Boris Johnson’s Caribbean holiday was interrupted by a world crisis after the US killed one of Iran’s top generals and Tehran responded with strikes.

When I interviewed foreign secretary Dominic Raab last weekend, he called for a ‘de-escalation’ (political speak for ‘stop blowing things up’) so there will be relief temperatures seem to have cooled.

Choosing whether to back the US president would have been an extremely difficult early test for Mr Johnson. He may seem all-powerful after the election, but events out of his control could blow him off course.

That beastly Brexit bill is no bother

What a difference a General Election makes.

Quietly, barely making a ripple in the sea of coverage about Harry and Meghan, the Withdrawal Agreement Bill has passed its final hurdle in the House of Commons.

The WAB sailed through its third and final reading yesterday before it heads to the House of Lords for scrutiny next week, thanks to Boris Johnson’s stonking new majority. It’s a reminder of how perhaps the most momentous Brexit mistake was Theresa May’s decision to call a snap general election back in 2017, where she lost her majority.