THIS time next week, we will know who the next prime minister is. On Tuesday Theresa May will have packed up three years’ worth of belongings (and will probably be sharing a stiff drink with Philip). And on Wednesday the iconic No.10 Downing Street will have a new inhabitant.

First on the to-do list (even ahead of working out what on earth to do about Brexit) will be appointing a cabinet, and by the time I write my column next week we will know who has the big jobs.

Of course we don’t officially know who will win the race to No.10, but Boris Johnson is the clear frontrunner.

To give you a glimmer into how cool my life is (ahem), I’ve been playing a game with my producer Matt Lavender called ‘Fantasy Cabinet’, where we guess the make-up of a Johnson cabinet.

The most coveted role is chancellor — and for me it’s a two-horse race between Sajid Javid (the current home secretary who ran an impressive leadership bid of his own) and Liz Truss (one of Mr Johnson’s earliest backers; the darling of the regulation-cutting, small state-loving wing of the Conservative Party). Ms Truss may be kept happy with a souped up business department, however.

Matt Hancock is another name often in the mix. I can’t see him getting the big job, but a promotion is in line. I can see a return to cabinet for some former big beasts. Iain Duncan Smith has solid Brexiteer credentials and is at the centre of Mr Johnson’s campaign (international trade, perhaps?). Priti Patel has also been out defending him on the airwaves — (party chair?) — as has Michael Fallon, who was David Cameron’s favourite media firefighter, as well as former leadership rival Dominic Raab.

The big split between me and Matt is what happens to Jeremy Hunt if Mr Johnson wins. Matt thinks he’ll stay as foreign secretary, but I think Mr Johnson will want to free up the plum post for an ally.

And if Mr Johnson becomes PM, he might want to tie the hands of the MPs who could cause most grief over Brexit from the backbenches, so Remain supporter Amber Rudd and Brexit backer Steve Baker could get roles.

But what about serious figures like Philip Hammond, David Gauke and Rory Stewart, who made it clear they will do whatever’s necessary to stop a no-deal?

With a wafer-thin majority (and a by-election on August 1 that could reduce it still further) watch out for the MPs organising on the backbenches. With the Eurosceptic ‘European Research Group’ moving into government, we have some new rebels in town.

Just the start of stormy summer

YESTERDAY we got a taste of just how difficult things could be for the next prime minister.

MPs moved to make it more difficult to suspend parliament and push through a no-deal Brexit in the autumn (as Boris Johnson hasn’t ruled out).

Sitting cabinet ministers — including the chancellor — abstained in defiance of orders to block the move, and the government lost by a 41 vote margin.

Theresa May didn’t dismiss the rebels, merely issuing a sternly worded statement. But many of them will be sacked anyway in just a week’s time.

The calculation may have been, what do they have to lose? 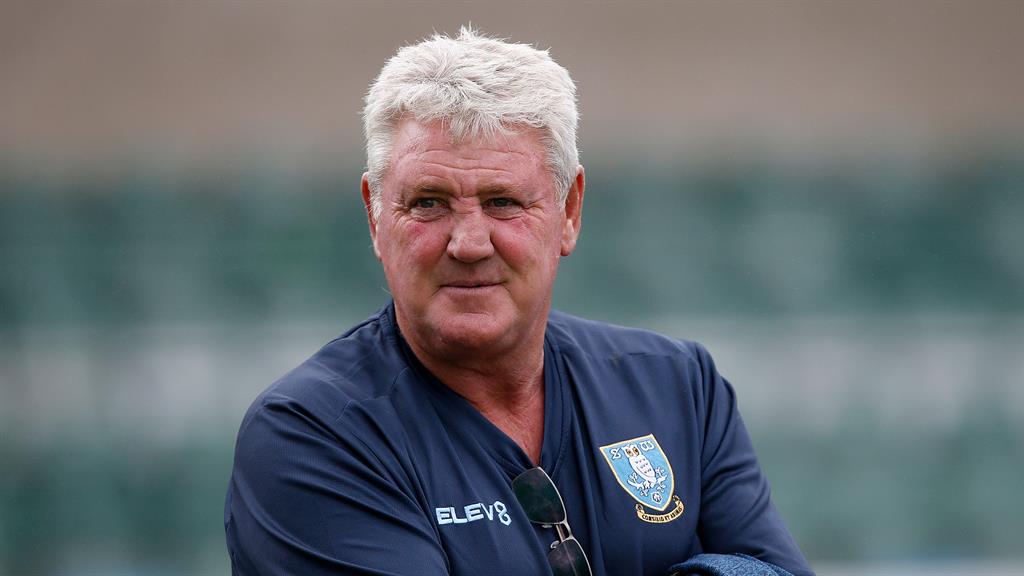 AS A Sheffield Wednesday fan, I’m gutted by the news Steve Bruce has quit as manager just weeks before the start of the season in order to jump ship to Newcastle. Forget the big job switch at Downing Street next week — I’m just hoping the Owls will have a new leader in place at the same time…

It’s a day of Brecon-ing as Remainers join forces

WHILE all eyes are fixed on the race for No.10, pro-EU politicians are organising.

August 1 will be the first big test of a new ‘Remain alliance’, where parties agree not to fight elections in order to give other pro-EU parties a better chance.

Plaid Cymru and the Greens have agreed not to stand in the Brecon and Radnorshire by-election to give the Lib Dems the best chance of taking the seat from the Conservatives (which would make for a difficult set of headlines for the next prime minister, just a week into the new job).

This week I’m heading to Brecon for Sophy Ridge on Sunday to investigate, and we’ve commissioned new research from top pollster James Kanagasooriam which shows a Remain alliance could target 70 seats at the next election if they get their act together — which could make them kingmakers.