HAPPY Brexit Day! Whether you are toasting the news with some English sparkling wine or sobbing into your Italian roasted coffee beans, tonight is the night when the UK leaves the European Union.

Three-and-a-half years after the referendum — with countless crisis summits, knife-edge votes and headache-inducing jargon that we may never hear again (facilitated customs arrangement anyone?) — we are officially out of the EU.

I’ll level with you — on a personal note I am looking forward to focusing on some of the issues other than Brexit in the coming year, whether that is infrastructure spending, foreign policy or our creaking public services. 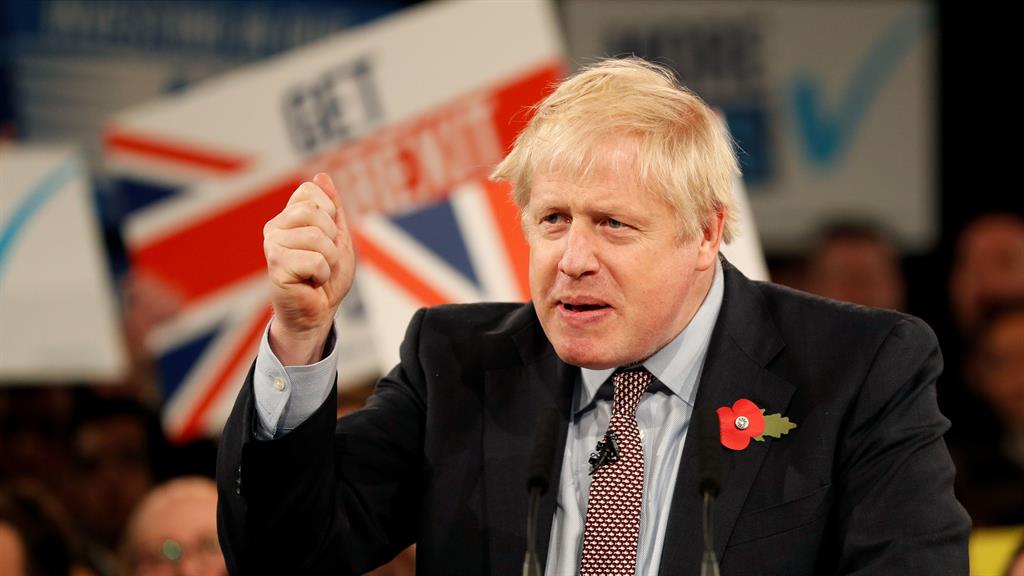 And as we look beyond the intricacies of extricating ourselves from the EU, there are big questions to ask about the country that we want to be.

In 2016, a majority of people voted to ‘take back control’ — but what does that actually mean?

If it means the UK government and parliament having more control over decision-making, then we are about to see that in action.

This week there have been several big decisions arriving in Boris Johnson’s inbox.

The weekend before the election, the prime minister (pictured above) told me his most radical policies are around infrastructure — and this commitment may be weighing heavily on his mind as he makes his final decision on whether to go ahead with HS2.

Despite the spiralling costs and the uneasiness of many in the Conservative Party, my sense is that the PM will press on with the high speed rail link.

It’s exactly the kind of big ticket infrastructure project that appeals to him — and as we leave the EU, it gives a statement about the kind of government he wants to lead.

Equally as thorny is the decision to allow Huawei’s involvement in the UK’s 5G network in the face of American opposition. Mr Johnson’s decision to approve the Chinese company’s equipment is perhaps the first big, bold move of his new premiership.

Many MPs are worried that allowing a firm with links to the Chinese government access to UK infrastructure could be a security risk — despite our government’s safeguards.

And the US has been intensely lobbying against the decision, even threatening that a future trade deal could be at risk.

However, No.10 may be quietly confident that the US has accepted the decision, as the tweet-happy Donald Trump didn’t publicly criticise it after the announcement was made.

It may be that after a referendum that repeatedly promised to ‘take back control’, the UK government has decided it doesn’t want to take back control from the European Union, only to hand it over to the United States.

Could be a very heated grilling….

BIG news this week for Westminster geeks like myself, with the election of parliament’s select committee chairs.

These are cross-party groups of MPs who scrutinise government policy.

One appointment in particular caught my eye — the new chair of the health select committee is one Jeremy Hunt. Yep — the guy who lost to Boris Johnson in the battle to become leader of the Conservative Party, then refused the job of defence secretary in his cabinet.

So when the prime minister next appears for a grilling in front of the health select committee, it should be box office viewing…

Nigel has a different kind of Brexit party

WHILE pro-Brexit members of the cabinet are trying to rein in any lavish celebrations this evening in case they are seen as gloating, two big parties are going ahead.

The Brexit Party’s Nigel Farage will be leading the celebrations in Parliament Square tonight — while, according to Politico, the flash private party to be seen at will be held at the west London home of millionaire venture capitalist Jon Moynihan.

Ode To Joy — written by German poet Friedrich Schiller in 1785 and made famous by Beethoven — is storming up the charts this weekend as an anti-Brexit protest. It’s a favourite of pro-Remain voices because in 1985 the European Community (the precursor to the EU) picked it as its official anthem.

At the time of writing, however, it had only made it to number 27. Maybe Lewis is safe after all.