THIRTEEN years ago, over a biryani at a Wolverhampton restaurant, one of Gordon Brown’s enforcers made a devastatingly effective chess move to try to depose the then prime minister Tony Blair.

Known as the ‘curry house plot’, the plan hatched after a few beers would force Blair to set a date for his departure the following year, paving the way for Brown to take over as Labour leader and PM.

It was masterminded by one Tom Watson — the current deputy leader of the party who this week announced his plans to quit parliament after the election.

With his reputation as a behind-the-scenes political enforcer who could make things happen, it is little wonder that many of the so-called Labour moderates saw Watson as their best chance of replacing Jeremy Corbyn with a more centrist politician.

One Blairite MP — for years on opposing sides to the Brownite Watson — told me that he wouldn’t have believed it if someone had told him he would come to see Watson as the ‘saviour of the Labour Party’.

As their concerns grew, Watson’s message was consistent: to stay and fight.

He was instrumental in persuading unhappy MPs to keep loyal to Labour as others split to join Change UK. Gavin Shuker — who quit the party in February — tweeted: ‘Nice of Tom to go to all that special effort to persuade Labour MPs who couldn’t bring themselves to put Corbyn into No.10 to stay.’

Watson insists his decision is ‘personal not political’ and that he wants to focus on campaigning on public health issues after recently losing 7st.

But it’s hard not to conclude that he has accepted that it is Jeremy Corbyn who is in control of the Labour Party — and decided now is the time to step aside from the fray.

In his letter to Mr Corbyn, he wrote: ‘Now is the right time for me to stand down from national politics. The disagreements we have had inside the party are well-known; now is not the time to rehearse them again.’

In response, Jeremy Corbyn wrote: ‘I hope the horseradish plants I gave you thrive.’

Well, at least they can agree on their love of vegetables.

Since the Islington North MP became leader, he and his supporters have been underestimated by Corbyn-sceptic Labour MPs convinced that they will be able to depose him. I wonder if — by calling the election — Boris Johnson has done the same.

Buckle up… this election will be a rollercoaster ride

IT HAS been a stumbling start for both the main parties as the election campaign gets under way.

The Conservatives have the dubious honour of marking the first cabinet resignation during an election in modern history, with Alun Cairns quitting as Welsh secretary after being accused of lying about what he knew over the collapse of a rape trial.

Meanwhile, former Labour minister Ian Austin — who quit the party this year — urged voters to back Boris Johnson as Jeremy Corbyn is ‘unfit’ to be prime minister. 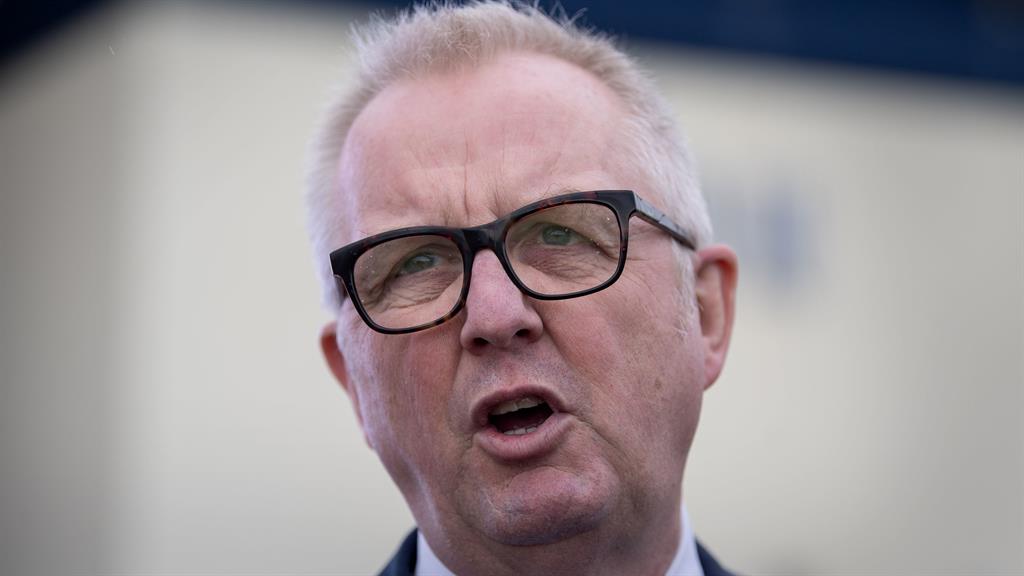 It’s a reminder that, no matter how short the campaign, elections don’t always go to script. The Conservatives want to frame the election as the only way to get Brexit done, while Labour wants the focus to be on its domestic policy agenda. That’s all very well — but nobody can dictate the very personal reasons why voters tick a particular box in the poll booth.

It will be a volatile few weeks ahead — and the one certainty is there will be many more surprises to come.

Remain poll deal could leave voters in the cold

NEWS that a Remain alliance between the Lib Dems, Green Party and Plaid Cymru will see the other parties stand aside for a single candidate in 60 seats could have a major impact on the election results. It could also have a lasting effect on how we do democracy. Is this an enlightened way of maximising the voice of the 48 per cent who voted Remain, or an attempt to unfairly manipulate the result? Do the parties’ voters have different sets of concerns, or does the desire to stay in the EU trump everything? I’ll be interested to learn how voters feel in the 60 seats if they cannot vote for their preferred party or candidate as a result.

■ AS THE General Election cranks into gear, I’m excited to announce that we’re launching a new Saturday show to bring you the latest interviews and analysis from the campaign trail. It’s very imaginatively named Sophy Ridge on Saturday and will run from 9am to 10am on Sky News. My Sunday show will continue as usual at 8.30am every Sunday with the podcast to follow around lunchtime.