THE reshuffle was a bloodbath.On his first day as prime minister, Boris Johnson sacked 11 cabinet ministers and six resigned. Fellow Brexiteers like Penny Mordaunt were not saved, nor were MPs such as James Brokenshire, who had supported his leadership bid.

The purge at the top of government was the most extensive ever (compare it with Harold Macmillan’s Night of the Long Knives, seen as ruthless for sacking just seven members of the cabinet).

Some of the biggest promotions went to Brexiteers such as the new foreign secretary Dominic Raab, home secretary Priti Patel and Jacob Rees Mogg, who will attend cabinet for the first time as leader of the house.

Even more important, perhaps, is what is going on behind the scenes. Dominic Cummings, who masterminded the Vote Leave campaign, will be a senior adviser to Mr Johnson. On the surface, this looks like a cabinet that makes no-deal more likely. However, I wonder if the opposite is true.

Firstly, the European Union will believe that Mr Johnson is serious about leaving with no-deal. Will this spur them to offer him more concessions?

Secondly, and most importantly, some of the most Eurosceptic Conservative MPs are now inside the cabinet. In order to get a Brexit deal through, these are the people that Mr Johnson needs to win over — people like Ms Patel, part of the group of 28 ‘Spartans’ who rejected Theresa May’s deal every time. As part of the cabinet, they will be signed up to any deal the government negotiates.

Mr Johnson inherited a precarious position, with a Brexit deadline fast approaching and a working majority of two. His focus must be on surviving the next few months. When appointing his cabinet, the sensible calculation should be: who will cause me the most trouble on the backbenches?

Would it be Ms Patel, Mr Rees-Mogg and Mr Raab, who would take no-deal over a deal they disagree with? Or would it be Brexiteers like Penny Mordaunt and Liam Fox — both sacked this week — who are likely to vote for a deal anyway?

Would it be Amber Rudd — who could team up with Philip Hammond and cause real difficulties from the other side of the Brexit divide — or Mr Brokenshire? No prizes for guessing who kept their job.

■ USUALLY I try and tell you which guests we’ve got coming up on Sophy Ridge on Sunday — but this week was so fast-moving we are starting from scratch today. Wish me luck — and let me know if there’s anyone you want to hear from. 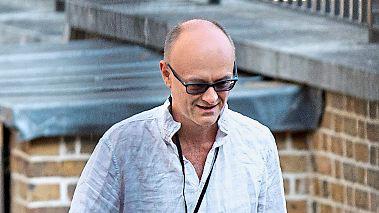 I’VE written in this column before that I wouldn’t be surprised if Boris Johnson has his eye on a general election sooner rather than later, and watching his first two days as prime minister unfold has done nothing to dispel that hunch.

He littered his first speech on the steps of Downing Street with domestic promises that had the ring of election pledges — 20,000 more police, 20 new hospital upgrades and help for social care and schools.

Plus he has reassembled the successful Vote Leave team by bringing Dominic Cummings into the heart of No.10, along with fellow alumni Lee Cain, Rob Oxley and Oliver Lewis. If there’s a team that knows how to run a campaign, this is it. 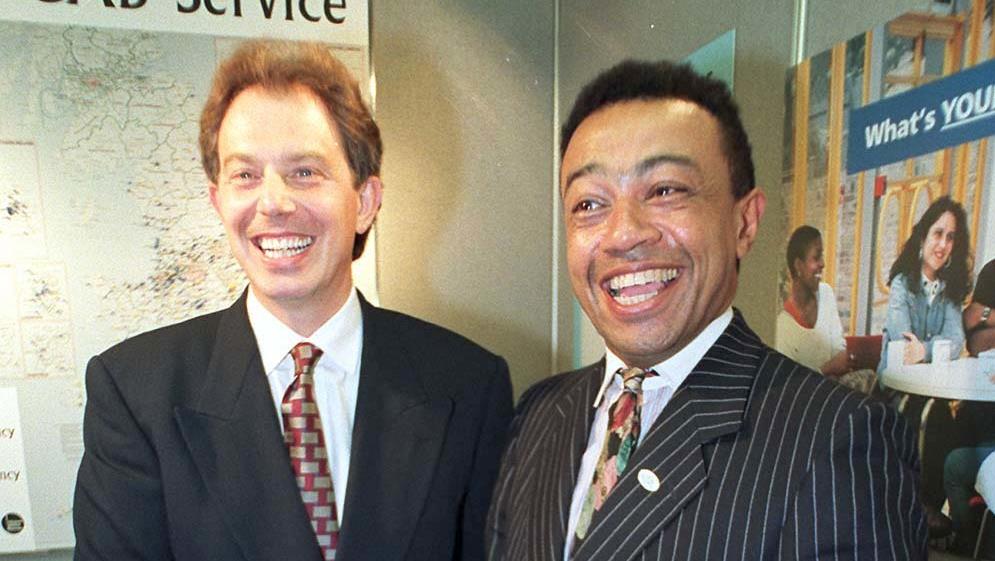 ■ WHEN the new cabinet met for the first time, there was more ethnic minority representation around the table than in the rest of British political history put together.

To be fair, the bar was set pretty low. There have only been five non-white cabinet members since Tony Blair appointed the first black minister, Paul Boateng (pictured together), in 2002.

Lib Dem Jo could find herself a centre point

ALL eyes have been on Boris Johnson this week, but Jo Swinson’s victory in the Lib Dem leadership election

could also have a huge impact on our politics going forward.

Centrist Conservatives who voted Remain and are uncomfortable with the idea of a Johnson premiership
will be eyeing the dynamic MP for East Dunbartonshire with interest.

One of them could be Lord Heseltine – the former Conservative deputy prime minister – who told me this week he couldn’t vote for Mr Johnson in an election if he pursued a no-deal Brexit.