AFTER a decade of austerity, the belt is officially loosened.

In fact, after the lavish all-you-can-eat buffet that is the Conservative leadership campaign, the top button might be pinging off soon as well.

Boris Johnson and Jeremy Hunt are both promising a veritable banquet of spending pledges and tax cuts in their bid to be the next prime minister.

Frontrunner Mr Johnson says he would reduce income tax and national insurance contributions — but is also promising more money for schools, an extra 20,000 police, full fibre broadband for every home and a pay rise for public sector workers.

The Institute for Fiscal Studies has warned that both of these agendas are expensive and would require higher borrowing, increased taxes or more austerity to fund them.

When I interviewed Mr Johnson last week, I asked him how his sums added up. He initially said — in typical Boris style: ‘The great Tunisian scholar and sage Ibn Khaldun pointed out as early as the 14th century, there are plenty of taxes that you can cut which will actually increase your revenues and there are ways of making sure that you can stimulate growth, you stimulate enterprise and you get more in.’ When pressed, he admitted that borrowing might go up. ‘If it’s borrowing to finance great infrastructure projects and there is an opportunity to borrow at low rates and do things for the long-term benefit of the country then we should do them,’ he said.

The Conservative Party’s reputation for economic competence has been hard won.

Why put it at risk?

As the clear underdog in the race, you can understand that Mr Hunt feels he needs eye-catching pledges to have any chance of winning the race.

Well, as he scatters his campaign with domestic spending promises, I can’t help but wonder if he has his eye on a general election before the year is out…

Hunt on false trail in chase to bag votes

IN A somewhat baffling intervention, Jeremy Hunt has said he would support a vote in parliament on repealing the ban on fox hunting.

Describing the blood sport as ‘part of the countryside’, he told The Daily Telegraph ‘I’m happy for people to do it’, adding: ‘As soon as there was a majority in parliament that would be likely to repeal the fox-hunting ban then I would support a vote.’

He later played down the significance of his comments, saying a vote ‘wouldn’t be my priority’ and that he was ‘just restating’ a Tory manifesto pledge from the 2017 general election. However, that is rather the point. After the election, in which Theresa May lost her majority, the party’s position on hunting was found to have potentially had a significant impact on the result.

More people shared stories online about the Tory decision to back a free vote on ending the ban than they did about the future of the UK’s relationship with the EU, research by Buzzfeed showed. And a survey by ComRes for the Daily Mirror showed Labour’s pledge to keep the ban was the most popular policy in their manifesto — supported by three quarters of voters including a majority of Conservatives.

Brits are a nation of animal lovers… politicians forget that at their peril.

Two-party era may be finished 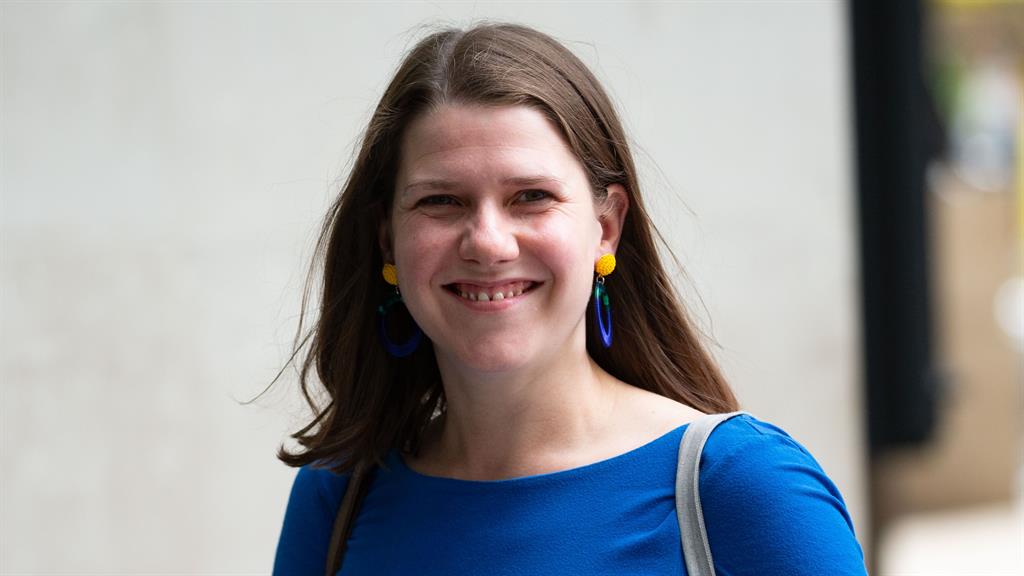 POLITICS is more volatile than at any time I can remember — as the polls attest.

A YouGov survey for The Times put Labour in fourth place, with the Conservatives, Brexit Party and Lib Dems only a few points apart.

Last month, a separate YouGov poll had the Brexit Party in the lead, with the Lib Dems second. Jo Swinson (pictured) — hoping to succeed Vince Cable as Lib Dem leader — even told me she believed she could be the next prime minister when I interviewed her last week.

Is this a weird blip, or has the two-party system genuinely broken? With an early election likely we could soon find out.

■ As the Tory leadership rivals push each other to ever more eye-catching Brexit promises, on Sophy Ridge on Sunday this week I’m keen to get some voices from the ‘real world’ to assess what this will all mean. We’ll speak to Minette Batters — boss of the NFU — to find out what a no-deal would mean for farming. If there are other non-politicians you’d like to hear from let me know. @sophyridgesky