UNLOVED and unwanted, Steve Bruce might just be enjoying the best year of his career. With relegation fears extinguished and a home FA Cup quarter-final with Manchester City to look forward to, for Newcastle, the club Bruce loves that refuses to love him back, it could be the best campaign in a generation.

In this unique, elongated season the start of the campaign seems a long time ago but for Steve Bruce (pictured top) , it must feel like a lifetime.

He came to St James’ Park on July 17 in the unusual, unenviable position as replacement for a popular manager who was not sacked but left of his own accord, Rafa Benitez (pictured below).

Bruce’s credentials as a local boy and fan of the club cut no ice with a fanbase who preferred to dwell on his modest managerial record and the fact he had previously managed local rivals Sunderland. 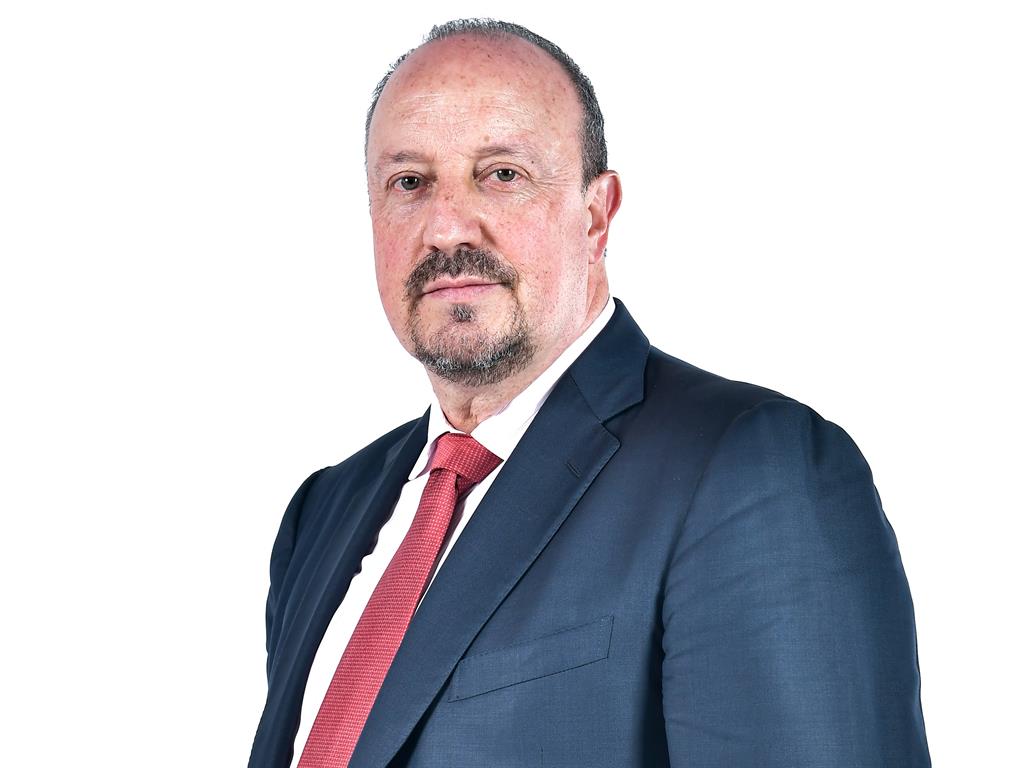 In truth, there was little to offer encouragement. Bruce’s last-but-one job had ended in failure, sacked by Aston Villa with the club languishing in the Championship. But if events on the pitch were forgettable, for Bruce, they mattered little against the personal tragedy he endured off it with both of his parents passing away in the space of three months during his time at Villa Park.

When Sheffield Wednesday approached him he kept them waiting while he watched cricket in the West Indies before taking over, making them hard to beat, losing just three times, but quitting Hillsborough after 18 games when Newcastle came calling.

It was easy to see why the Toon Army were unimpressed. Their old boss was a Champions League winner, their new one in their eyes a Championship failure, a journeyman managerial career mainly spent in the yo-yo zone of clubs fighting to get in or stay in the Championship.

Almost from the off, Bruce’s tenure was expected to be short. The fans did not want him, the squad looked thin and bookmakers had him installed at short odds to be an early season casualty.

Results, eventually, began to suggest otherwise. They beat Tottenham, then Manchester United, and also won games they should win. In January, Chelsea became the latest top-four candidate to lose to Bruce’s team. But, by then, there was a greater threat to Bruce’s managerial survival. Ashley, after years of trying, finally appeared to have found a buyer. And not just any old buyer. 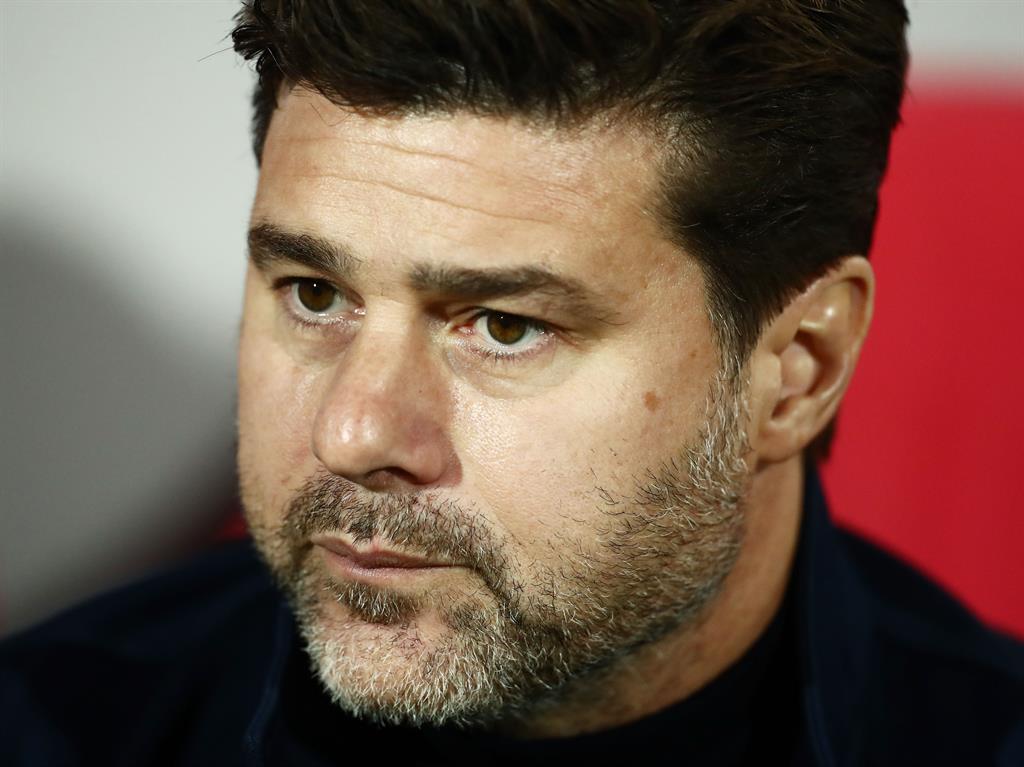 In the form of the Saudi Arabian sovereign wealth fund, Newcastle fans were poised to swap the man who runs Sports Direct for a direct pipeline to the resources of one of the wealthiest nations on earth. Good news for them, bad news for Bruce with mid-table security and a succession of creditable results never likely to be enough to turn heads in Riyadh.

The Saudis, surely, would want to make a statement and were heavily linked with Mauricio Pochettino (above), reputation intact despite his sacking by Tottenham, who had made it clear he wanted another crack at the Premier League. Even having done better than expected, with untold riches waiting in the wings, Bruce now looked to be a glorified caretaker manager.

But — this being Ashley, this being Newcastle — things are never plain-sailing. A takeover still to happen perhaps never will. Bruce remains in limbo but the uncertainty has seemingly not stymied his success.

‘If I’m being brutally honest, I’m not really interested in it because I can’t influence that,’ he told reporters this week. ‘I’ll hear something when probably you guys hear something. My job is just to remain focused and keep taking the club forward, and whatever is best for the club is okay with me.’

Getting a Toon out of big buys

It has taken more than boardroom uncertainty to keep Bruce in a job. He remains the manager of Newcastle because, against all expectations, his appointment has been a success.

Written off by many as relegation candidates, the Magpies are all but safe, last Sunday’s impressive 3-0 win over Sheffield United and then a 1-1 draw with Villa leaving them 12 points clear of the drop zone. Bruce can look down on more fancied teams like West Ham, Bournemouth and Southampton, more respected managers like Eddie Howe, Graham Potter and Ralph Hasenhuttl (below). 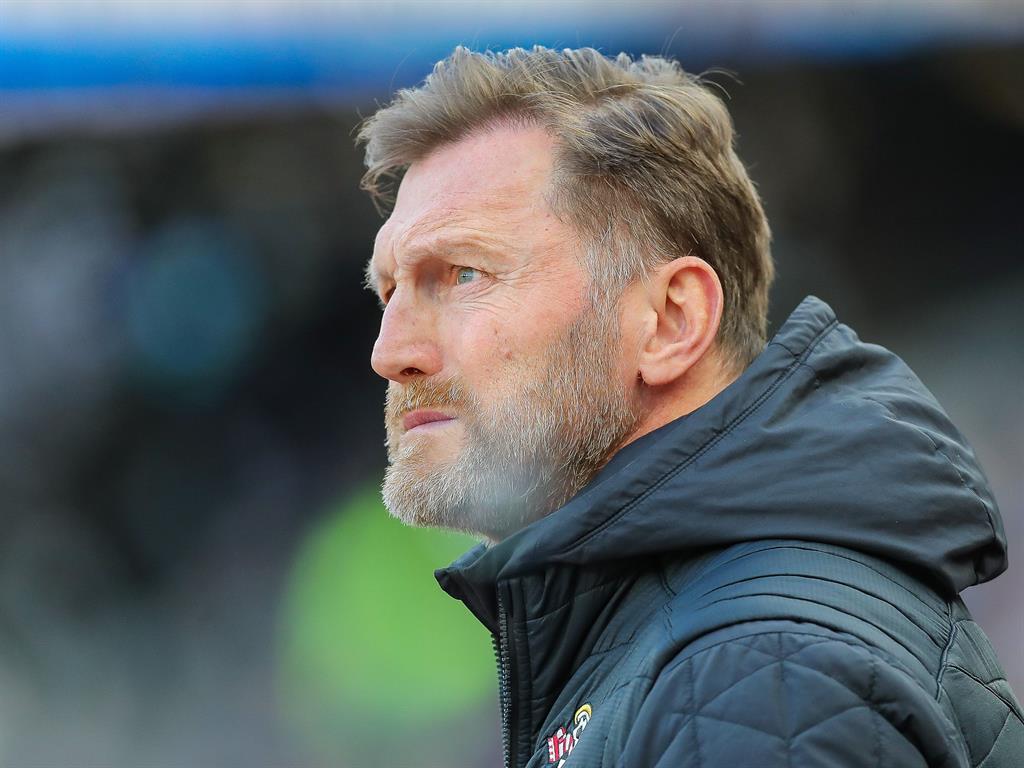 It has not always been pretty — Newcastle’s top scorer has five goals and, for a while, their defenders had scored more often than their strikers. Record signing, Brazilian striker Joelinton, managed only his second goal of the season against the Blades. But Miguel Almiron, previously the club’s costliest buy, ended his own long drought before the lockdown and has looked a different player since.

So, for Joelinton too, things can surely only now get better. In his manager, the Brazilian believes he has a coach he can rely on to help him do just that.

‘When he arrived, he came under a lot of pressure, part of the fans didn’t want him, because of his old work,’ the striker told ESPN of Bruce this week.

‘[He’s a] nice guy, a hard worker, but who demands, and is a friend, always with words of strength. The fans acted in a wrong way with him. He’s doing his best. For me, he’s a great coach.’

A finish for the ages

With survival surely secured, now Newcastle can do something unusual — try and win a trophy. A club that won six FA Cups by 1955 has not lifted the famous old trophy since nor seen major silverware of any kind since the Fairs Cup — the precursor to the Uefa Cup — in 1969.

In recent years they have barely even seemed to give cup competitions a serious thought. Embarrassed, perhaps, by the memory of two humiliating no-shows in FA Cup finals in 1998 and 1999. This year just might be different. With friendly draws against Rochdale, Oxford and West Brom, the Magpies have snuck unnoticed into the last eight and landed a home tie, albeit an unenviable one against the holders, Manchester City.

But City will be playing on 24 hours less rest, their fourth match in 12 days since the restart and with Sergio Aguero missing through injury. There will be no heaving Gallowgate End to roar the hosts on but might that matter? An absence of groans from the crowd after an ugly early miss against Sheffield United may have helped Joelinton finally find the net after the break. Beat City and Bruce’s men would be two games at a deserted Wembley from ending their drought.

After 50 years without much to celebrate, wouldn’t it be very Newcastle to win a trophy behind closed doors, their passionate fans shut out, and with a boss the fans didn’t want and the new owners probably won’t want? Stranger things have happened this season.