A SWEET woody aroma greets me as I squint down a dark, unfamiliar hallway. Palo Santo, a South American holy wood that has powers to eradicate evil energy, is traditionally burnt at the beginning of ceremonies and rituals. Here at Villa Lena, a hotel and art foundation sat between Pisa and Florence, it’s burnt at the beginning of acoustic guitar sets by former models.

Tonight’s performance takes place inside the peeling 19th-century villa, built for Italian aristocrats. Inside, I pass a small chapel devoted to archangel Michael and follow the frankincense-like smell into a dark room illuminated by a neon red sign and flickering candles.

Here I find eight artists-in-residence, who will spend the next month working in Villa Lena’s studios, occasionally inviting hotel guests into their space for workshops. I join fiction writer Julie Iromuanya and Ukrainian twin sisters and photographers Tanya and Zhenya Posternak on the floor, wondering if the holy wood also clears awkward travel writer energy. 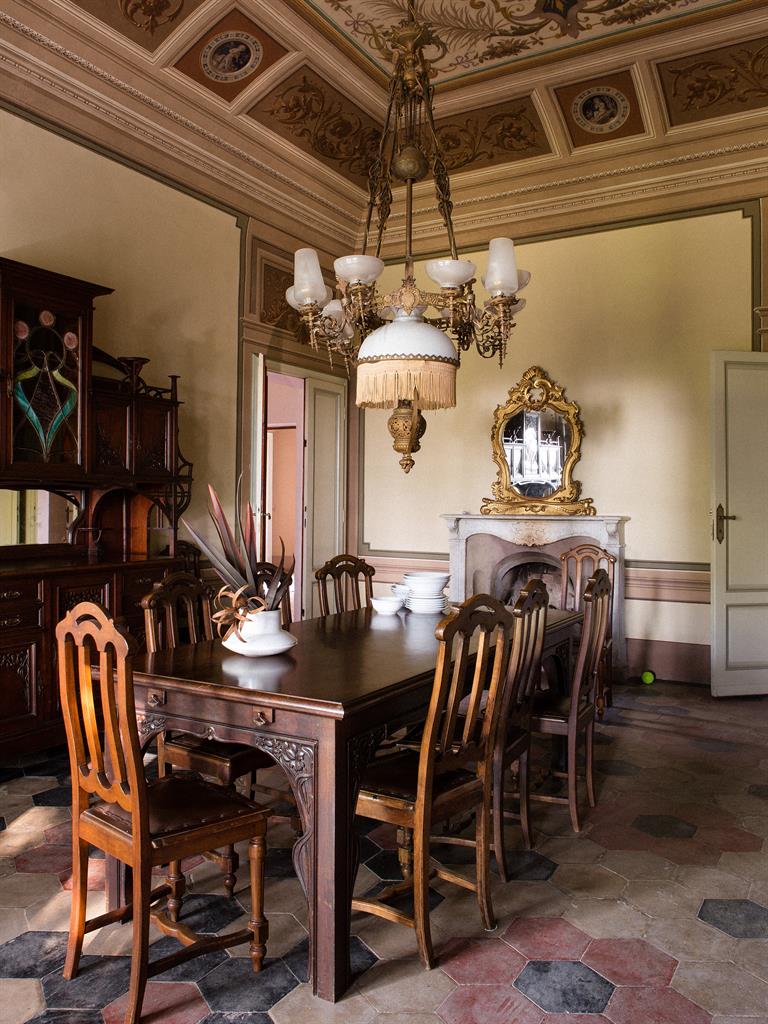 In the coming months, new arrivals include London’s Secret Yoga Club, New York chef Kristopher Edelen and illustrator Sue Dray, who has worked for groundbreaking feminist publication Spare Rib. Sitting on a chair is Hen Yanni, a striking actress and model from Tel Aviv who’s been photographed by Mario Testino and has graced ID and Italian Vogue. She’s at Villa Lena to finish an album and launches into a song called Love, about an ill-fated affair with a man who once considered her his muse.

It’s a vertiginous introduction to life at Villa Lena, a small hilltop utopia that feels like it should exist on grainy 35mm film. This year is the 500-hectare estate’s sixth season, one it has welcomed with a revamp of the bar, restaurant and seven bedrooms by interior designer and former resident Fred Rigby. It’s also revealed a magical gated garden that owners art collector Lena Evstafieva, her musician husband Jérôme Hadey and Lionel Bensemoun of Parisian club Le Baron want to share with their rotating community of artists and guests.

If I was an artist seeking inspiration I’d very much like four weeks here too, I think, as I admire the villa from my serene Clarisse Demory-designed apartment, one of 14 spread across former farm buildings.

As a rare solo guest — the pool is mostly draped with young families and couples sipping negronis — I’m entertained by the sunny, funny staff, including a waiter from Guadeloupe who’s auditioning for a revered music school. His talent? Rap. At a cocktail class, barman Andrea introduces me to the Sbagliato cocktail and sommelier Amber leads me on an orange-themed wine tasting session where I discover Villa Lena’s own fizzy pink spumante. Other events include film screenings, poolside DJ sets and cooking classes.

The food is on-point and a matured pecorino Martelli spaghetti dish with a meloncello chaser remains a fond memory. It’s meal times where I mostly cross paths with the artists. I get chatting to Meilen Ceramics, a husband and wife team from Toronto who invite me to their studio to play with clay. So on a stormy Sunday morning, after coffee and eggs from the estate’s organic farm, I’m taught basic hand-building techniques using red Tuscan clay. Over two hours, I tease it into a jewellery dish of sorts, while chatting with a guest from Copenhagen who works on a suitably Nordic milk jug. Later, I see Hen and talk turns to ceramics and creativity.

‘I made an ashtray and a small cup for my nicotine and caffeine addictions,’ she laughs. ‘When I’m stuck with my writing, I take breaks in the forest and then the words come to me.’ she adds, as we look towards the trees that conceal a towering wooden unicorn. If anywhere can inspire new vision, this Tuscan hilltop would be a good bet.