HE IS only three years old and may have a fair way to go before hitting the big time but little George Hughes is already being tipped as Britain’s next golfing superstar.

George took up the sport at 18 months when his grandad Tony Sedgwick, 48, bought him a set of plastic toy clubs. And he soon moved on to the real thing.

Now he can drive a ball 100 yards and has a great touch with his pitching and putting. 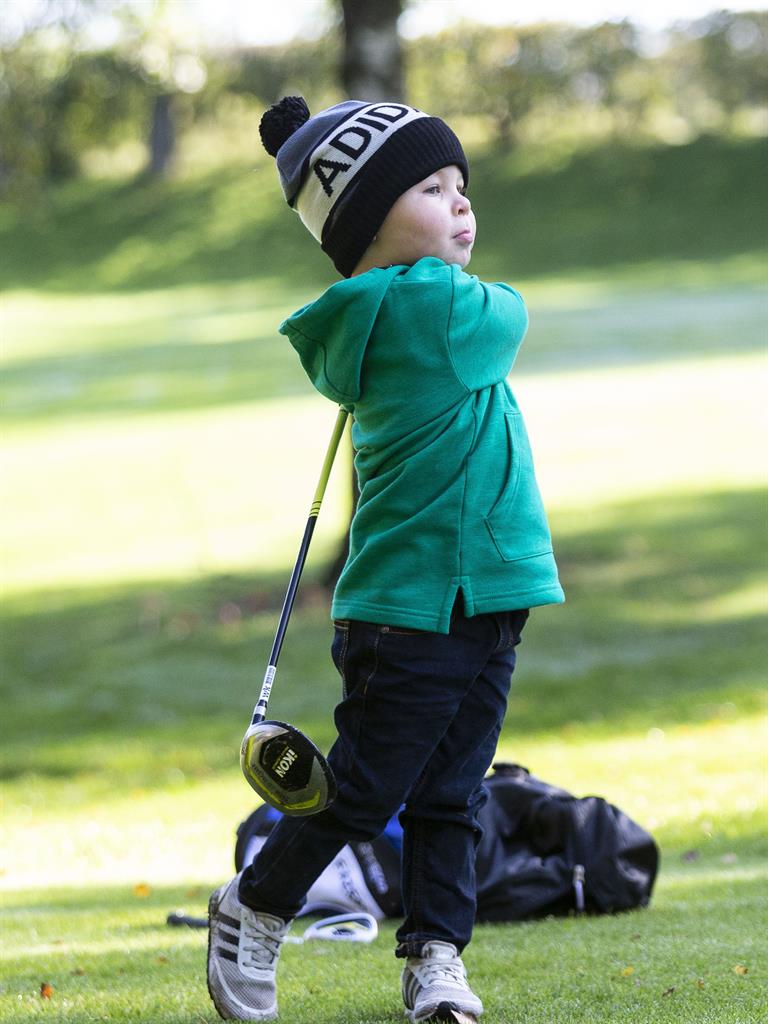 Mum Louise banned him from hitting golf balls in the garden after he cracked a conservatory window.

But he regularly accompanies his grandad to Wigan Golf Club — where he has even started giving adult members advice.

‘He’ll go up to people and tell them to move their legs together and keep their head still, it’s hilarious,’ said business manager and golf club social secretary Mr Sedgwick.

‘George just absolutely loves golf, he can’t get enough of it. At the moment, it’s all about him having fun but there’s no doubt he has a huge amount of natural talent. He’s my little Rory McIlroy.’

Club pro Tony Byrom said: ‘I’ve never seen such a natural golf swing from a player so young. Even more impressive is that a three-year-old actually listens to you when you show him things. It’s a pleasure to see him play.’

As for George himself… ‘It’s really fun going to golf with my grandad,’ he said. ‘I love whacking the ball. When I’m famous I’m going to buy my mummy a new house and grandad some new golf balls.’