BILLIONAIRES watched their fortunes increase by a total of nearly £2billion per day last year as the wealth of the world’s poorest dwindled by 11 per cent, Oxfam says.

The world’s 26 richest people now hold the same amount as the poorest half of the global population, down from 43 in 2017, the charity revealed.

Its Public Good or Private Wealth? report said the worth of the world’s billionaires increased by £700billion in 2018, while 3.4billion people still survive on less than £4.27 per day.

Governments ‘face a stark choice today between a life of dignity for all their citizens or continued extreme wealth for a tiny few’, it warned.

Oxfam said the world’s richest man, Amazon founder Jeff Bezos, could fund the health budget of Ethiopia with just one per cent of his estimated £87billion fortune. It also said the poorest ten per cent of people in Britain now pay a higher proportion of their incomes in tax than the richest ten per cent.

The charity’s director of campaigns and policy, Matthew Spencer, said: ‘The massive fall in the number of people living in extreme poverty is one of the greatest achievements of the past quarter of a century, but rising inequality is jeopardising further progress.

‘The way our economies are organised means wealth is increasingly and unfairly concentrated among a privileged few while millions of people are barely subsisting.’

Key recommendations from the report include delivery of universal free healthcare, an end to ‘under-taxation’ and more policies to support women.

Forcing the wealthiest one per cent to pay an extra 0.5 per cent tax would raise an estimated £324.6billion a year to achieve those aims, Oxfam added.

Finance workers suffer stress ‘worse than in crash of 2008’

FINANCE workers take more days off due to stress now than in the aftermath of the 2008 banking crisis, says research. A decade ago the number of working days lost per employee in the sector was an average of 0.48, but the most recent figures — from 2014/15 and 2016/17 — reveal it is now 31 per cent higher at 0.63 days. Employment law firm Fox & Partners, who carried out the study, said: ‘Long hours, deadlines, targets and competition continue to take their toll.’

HIGH street woes will continue this year with the closure of 23,000 shops and the loss of 175,000 jobs, according to property adviser Altus Group. This is even worse than last year, when 20,000 stores closed with the loss of 150,000 jobs. Casualties included Maplin, Toys R Us and House of Fraser. Altus predicted commercial property values would decline by 15.9 per cent as more shoppers switch to online alternatives.

Gay spies like us… MI5 is a top boss

MI5 has been named among the best employers for LGBT people by an equality charity. Lloyds Banking Group and Cheshire Fire and Rescue also made the list compiled by Stonewall. Top of the list was London-based law firm Pinsent Masons. Stonewall said the company understood ‘helping staff feel they can bring their full selves to work’ makes ‘real business sense’ as well as keeping workers happy.

Chip off the chocolate block as Tesco cuts Freddos to 10p 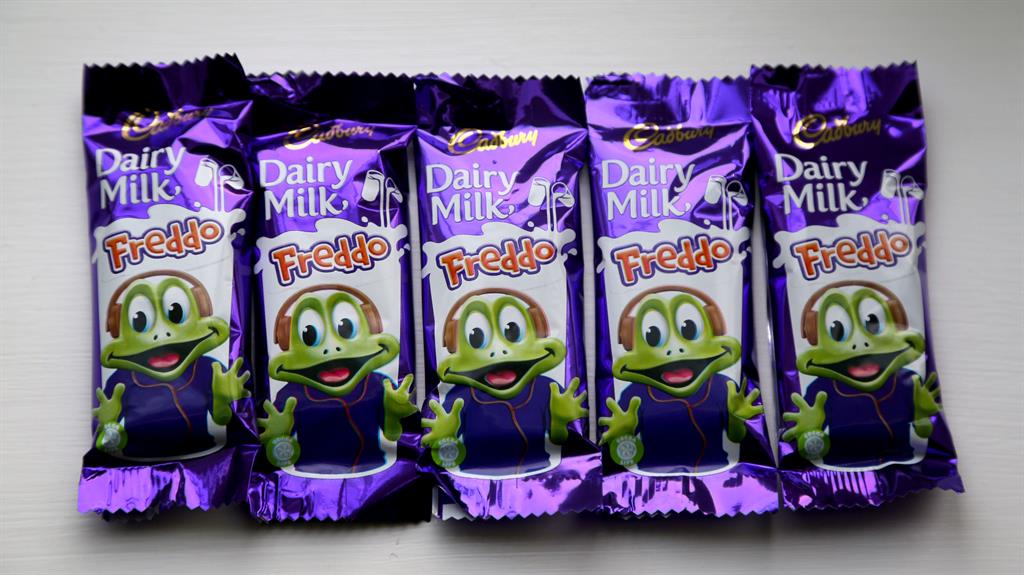 TESCO has cut the price of Freddo chocolate bars to just 10p for one week in response to calls from the public — and Labour leader Jeremy Corbyn. The price cut — from 26p — kicks in from today and comes after Cadbury reduced the cost of the bars from 30p to 25p last March. Mr Corbyn criticised the rising price of Freddos last February. ‘I think we need to examine this question in some detail,’ he said in an interview with digital football platform Copa90. The special Tesco deal is part of other price drops to mark its centenary year.

SALES of traditional breakfast cereals fell by £13.9million in the past year. Analysts Nielsen said Shredded Wheat suffered the biggest loss (£4.2million) followed by Weetabix (£3.9million), Alpen (£3.2million) and All Bran (£1.2million). Trade magazine The Grocer said: ‘Today’s Brits want a more soulful bowlful in the morning.’ Porridge has the fastest-growing portion of the cereals market with value increasing by 5.2 per cent to £221.6million last year.