BRITS value spending time and money with their friends — whether it’s buying gifts, holidaying together or travelling to see each other. In an exclusive survey commissioned by Metro Money, we quizzed over 2,000 respondents on how they flash their cash. The questionnaire, conducted by TopCashback, showed that while some people spend more than £1,000 on their closest friends, only 10 per cent begrudge the cash they spend. So what does it reveal about how we really handle money and friendship?

The majority of people in the survey said they can spend up to £2,000 a year dining out, going for drinks and attending events. The next largest payout was on short breaks, followed by friends’ weddings and then gifts.

Moving property is another costly event, even when it’s not our own move: a third of us spend between £50 and £150 helping a mate or buying them a housewarming gift.

We don’t do all this simply because we expect the same in return, however. Only 14 per cent of respondents say they expect their friends to spend as much on them in return. And only four per cent of you have lost a mate after refusing to spend money on something for a friend — proving what we think we’d like to know — the true cost of friendship is not monetary.

Indeed, we are more likely to go the other way, with 78 per cent of Brits admitting they spend up to £50 a month doing activities they’d rather not do just because a friend enjoys them. This behaviour is particularly prevalent among women. Indeed, conflict over money is surprisingly rare, especially considering that two-thirds of Brits have lent cash to a friend.

Yet the survey revealed that just 12 per cent of women and 20 per cent of men have argued with a friend over money, with young people aged 18 to 20 the most likely to fall out over financial matters.

How we steer a path through friendship and money depends largely on which ‘language of love’ we relate to the strongest, says Hilda Burke, psychotherapist and author of The Phone Addiction Workbook.

The five languages of love are gifts, quality time, words of affirmation, acts of service and physical touch. Most people will have one primary and one secondary language of love, with which they express themselves to friends, as well as family and partners.

‘We understand love most when it comes back at us in the way that we express it. So if buying gifts is the way you express love then spending money on loved ones will be important to you. If you express love in that way but a friend shows it via physical touch such as hugs, then you might not recognise it and end up feeling short-changed,’ explains Hilda.

‘It can create misunderstandings in relationships as we get so hung up on one thing, one way of giving and receiving love. The friend may value time together and not money. But for us, maybe a gift is the tangible way through which we recognise we are loved and appreciated — with the result that a listening ear and words of affirmation can be overlooked,’ she adds.

In order to resolve any conflict or resentment surrounding money in a friendship, it’s important to consider whether you’re getting other kinds of gifts rather than simply expensive ones. This might be a friend who drops everything to come to your aide, or someone who devotes themselves to bringing you cups of tea and sending you thoughtful messages.

And when it comes to pressure to spend money you cannot afford, honesty is the best solution in all friendship dynamics.

Many people say money and relationships are like oil and water and can never be mixed, so the combination of finance and friendship can be tricky to navigate once you either give or receive cash.

However, you’re likely to find yourself in this position at some point in your friendship, with a third of people in our survey saying they have borrowed money from a friend, while two-thirds say they have lent money.

‘Friends can be a great source of finance because these are the people we trust the most aside from our families,’ says relationships expert Sarah Louise Ryan of lessonsinlove.co.uk. ‘But once money changes hands, you have to be sure that your relationship can stand the financial test. It can be a really stressful shift of dynamics in a friendship.

‘It’s all about trust,’ she adds, ‘and keeping that strong bond relies on the borrowed amount being repaid at the specific time, with the monies being used for the specific purpose they were borrowed under.’

Hilda agrees that lending or borrowing money can place a lot of stress on a friendship — and it can be a difficult subject to broach when the debt is due.

‘You almost have to have a written agreement about it, unless you can afford to give it freely. But even then, you have to be careful that you’re not going to feel resentful at a later time. It’s not easy to navigate unless you make it very explicit,’ she adds. 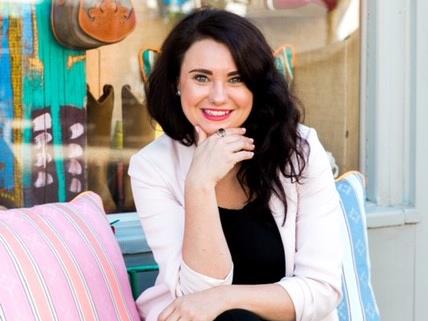 If you do find that money causes anger or a feeling of being let down, then there are measures that can be taken to rebuild your friendship.

Sarah advises both parties to draw up a list of all the things that are upsetting them and to sit down calmly to go through each hurt one by one. She also says it is important to change the language that you use to avoid further conflict.

‘When you have discussions about all the problems that have occurred, refer to them as events. Don’t constantly say I and you and me. Don’t use singular language, which can create a bigger rift.’

Other techniques are to fully listen to your friend and put yourself in their shoes, particularly if the friendship is worth more than the money. You can also mirror back what has been said to you to ensure you have interpreted the meaning correctly.

‘Find some level ground for understanding, even if you do still believe they were in the wrong,’ says Sarah.

In order to get the friendship back on track you will need to create a plan of action that rebuilds communication, trust and reduces the rift between you.

If it revolves around money, the action plan should address how it will be repaid but also how to forgive, how to let go of feelings and how to communicate better going forward.

Five things to do now that’ll improve your finances 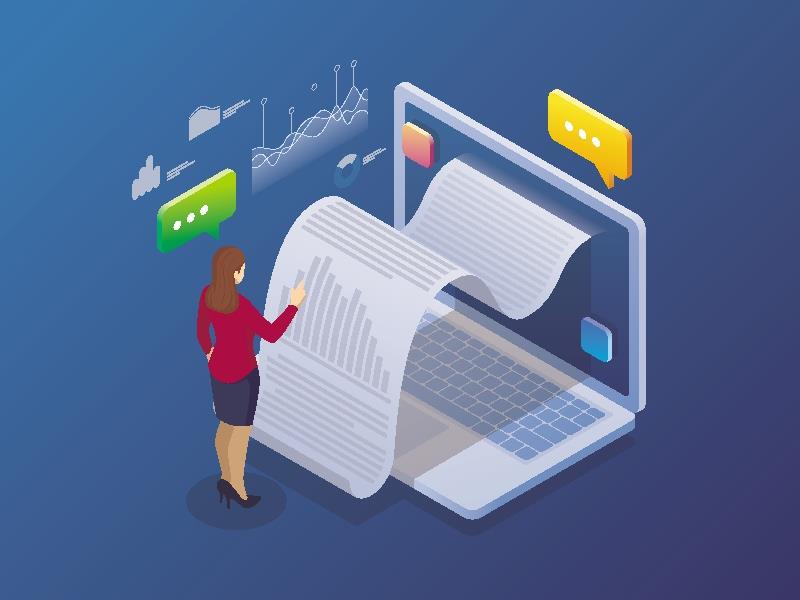 Switch to Marks & Spencer’s Current Account for a £100 gift card now and a further £80 if you stay for a year, as well as access to a five per cent monthly saver account for the first 12 months, or get £150 upfront for switching to HSBC’s Advance Bank Account, which also offers a five per cent monthly saver. The Current Account Switch Service makes the process easy, and ensures that you will be compensated if any payments get lost in translation.

2. Sack off your subscriptions

Not sure where all your money is going? Print off your bank statement to find out how much money is going on subscriptions, direct debits, memberships and other standing orders that you don’t need or use. According to research commissioned by GoCompare, the average person could save £360 a year by doing this. GoCompare personal finance expert Matthew Sanders warns that you should check any exit penalties or notice periods before doing this, however.

Most mortgage lenders allow you to pay back ten per cent extra on your mortgage every year. ‘If you can afford higher repayments, and your lender allows you to, you’ll pay less interest overall and reduce the length of the term, making you mortgage free sooner,’ says Dilpreet Bhagrath, a mortgage expert at online mortgage broker Trussle. For example, paying an extra £50 on a £200,000 mortgage at 3.5 per cent would save you over £8,000 in interest over 25 years.

If you’ve saved into cash ISAs in the past and not checked the rate recently, chances are it’s slipped. Transferring them to a new product is simple. Just check that the ISA you choose allows transfers in, and fill in a form with the new product provider to have your funds switched across.Wesleyan has a 1.76 per cent ISA fixed for a year for balances over £20,000, while Coventry’s 1.7 per cent ISA can be opened with a minimum of £1, also fixed for a year.

5. Get rewarded for spending

Spending is unavoidable, so apply for a rewards credit card to gain cash or loyalty points for every penny. Try the American Express Platinum card, which gives you five per cent cashback for the first three months and up to one per cent thereafter, or the Tandem card for 0.5 per cent cashback. ROSIE MURRAY-WEST

Case study: ‘On holiday we track spending with an app. It saves any arguments’

DESPITE the £8,000 salary difference, friends Ewan McLean and Tommy McCallum try to split everything equally and rarely fall out over money.

Every month they spend around £150 each socialising together in Glasgow, which is spent on travel, cinema tickets, concerts, food, drink and renting movies.

Ewan, 28, earns more money as an IT infrastructure manager but says the dynamic works because they’re open and honest.

‘It also partly works because I’m a cheapskate,’ he admits, ‘so although I make a bit more money yearly, my discretionary spend isn’t proportionately higher. We don’t keep an exact tally for most things, it’s usually I get dinner one week, Tommy gets it the other.’

The pair can find booking holidays difficult, having had minor fall-outs when Ewan insists on a higher star-rating hotel when Tommy prefers cheap and cheerful.

‘On holiday we track it a bit more,’ says Ewan. ‘We use an app called Acasa and put everything in it then split it at the end, which has saved a lot of potential arguments.’

Trainee paramedic Tommy, 27, says he feels comfortable telling Ewan if he can’t afford something and they seek out good deals on Groupon or Itison to save money and try new things.

However, larger spends have occasionally caused friction between the two. A few years ago, Tommy borrowed £200 from Ewan and forgot about it for around six months. Eventually he paid back the debt to his friend, but only after a few hints and a final conversation.

‘I wouldn’t say it was a falling out,’ says Tommy, ‘but it just completely slipped my mind and as soon as Ewan reminded me I sorted the problem.’

That said, Ewan tells the story slightly differently… ‘Despite a few hints, it took a long time to get it back,’ he recalls. ‘It was a bit of a simmering issue, and I finally brought it up. Tommy was totally apologetic and said it simply slipped his mind. Since then we’ve learned the importance of open communication.’

More than anything, the pair value the supportive and emotional side of their friendship over money.

‘We have an unwritten rule that birthday presents should be something thoughtful or personal,’ says Ewan. ‘That or an opportunity to spend time together. We would never buy each other an extravagant gift.’

■ A third of Brits spend between £51 and £150 on random gifts for their friends over a year, but more than half of us spend £50 or less

■ Brits aged 18 to 20 are most likely to spend money on gifts for friends; those over the age of 71 are least likely