WHAT makes one of the world’s biggest girl bands leave it all behind? The Pussycat Dolls were seemingly at the top of their game when they shocked fans by taking a break in 2010, after selling more than 54million albums and generating eight Number Ones with the likes of Don’t Cha, Stickwitu and Buttons.

Months soon turned into years, with the girls variously releasing solo music, starring as talent show judges, appearing as contestants on reality TV, having families of their own, and yes, doing those yoghurt adverts. A decade on and they’re back, with an arena tour in April. Tickets go on sale on Sunday.

Sitting together in a plush room at The Langham hotel in London are five of the original members: Nicole Scherzinger, Kimberly Wyatt, Ashley Roberts, Carmit Bachar and Jessica Sutta — with Melody Thornton having left in 2010.

Ashley bounces around excitedly, pouring tea from a trolley of hot drinks.

Kimberley’s model husband, Max, walks around cradling six-week-old baby son Senna, their third child together. Nicole seems overwhelmed, sliding impossibly high heels on and off while thinking about her answers.

So, why now, after all this time? ‘There was a bit of unfinished Pussycat Doll business,’ smiles Kimberly. 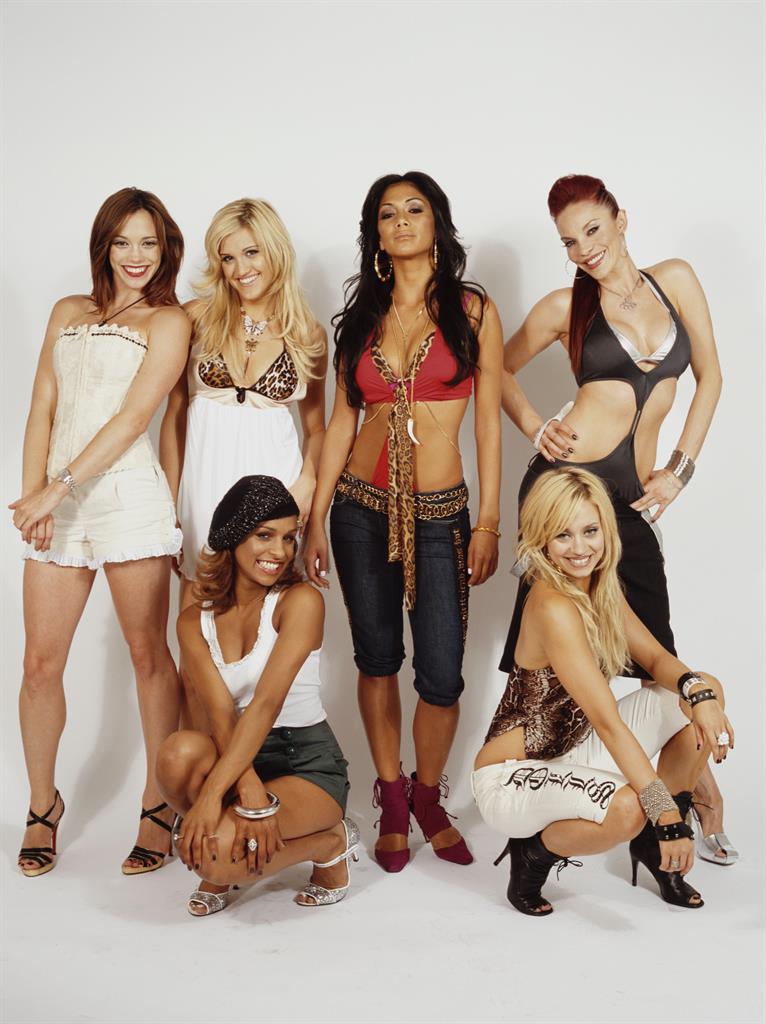 ‘It just so happened that, after we’ve gone and lived our lives and had our careers and our families, the time is right now.’

Nicole looks up: ‘There are so many new things that you can do on stage to perform now. To be able to come back in this time, this era, it’s a great moment in history for empowering others.’ Ashley says excitedly: ‘We could have a hologram! I remember sending out our first tweet together, we were on our way to a radio station, so we literally just typed “we’re going to the radio station…” send. We didn’t know what it was or what we were doing.’

Louis Walsh broke the news on Monday that the girls are reuniting and will be performing on the X Factor: Celebrity final tomorrow night. Nicole rolls her eyes at the mention of him ruining the surprise. ‘I’m really going to be proud to be there with my girls. It’s a little bit scary, too, but I’m excited. X Factor feels like home. Being on that stage for our first look, it’ll be awesome. Simon [Cowell] has been so supportive.’ 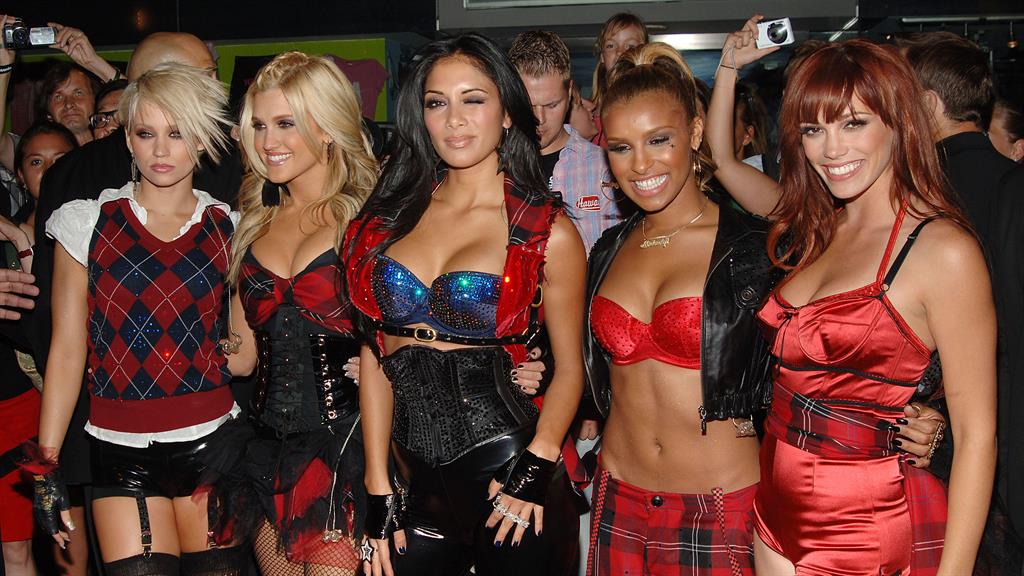 Ashley, the most upbeat of the group, can’t wait: ‘I’ve already got butterflies thinking about standing on that stage as the music starts. It’s like, ahhhh!’ she exclaims. Later, Nicole interjects to talk about the X Factor. ‘It’s so weird. It has been years of me watching everyone else up there, so to be back there now with the girls is just surreal. I’ll feel more strong and confident than ever.’ She pauses. ‘We were at the forefront of the radical pop girl groups. We’ve always been this badass girl gang. We’re going to show what we can do. We don’t have anybody telling us.’

In 2019, the world has changed considerably when it comes to feminism in the age of #MeToo. Is there still a place for the likes of Don’t Cha and Buttons? There are a few frowns from Jess and Kimberly. ‘I think our songs are amazing. There’s nothing I’d change in any of the lyrics,’ insists Ashley, as the others nod in agreement. ‘I still love every single one of them. I feel like they’re timeless.’

The world of fashion and style has changed considerably, too. Nicole laughs: ‘It’s always a good time to look back at some of our outfits and be like, “Oh, no, we thought that was cute.”’ She covers her eyes in mock shame. ‘Everything has changed so much. Look at the pop stars today. You’ve got Billie Eilish wearing oversized, baggy T-shirts and boyish clothes and then you’ve got Lizzo doing the opposite thing. We’re going to be really inspired. Obviously we’ll stick to our roots for the styling and costuming for the tour but it’s going to be fun to push the boundaries ourselves and try new things.’

‘We bought every doily top going back then,’ laughs Ashley, good-naturedly. Fake tan and hair extensions reigned supreme in the early days of the Dolls, who started out as a burlesque troupe. Those doily tops were teamed with low-slung combat trousers for the more street-style shoots, while live performances featured PVC corsets, stockings and suspenders that wouldn’t go amiss in the Moulin Rouge costume department.

As well as the tour, fans are eager to know whether they’ll be hearing any new music, too. ‘We’ve been working on new music, but one step at a time, baby!’ exclaims Nicole. ‘We’re just trying to get through this Saturday’s performance. We’re excited to be in the room together, dancing, getting our chemistry on point. Our focus is the tour, making that the best show for our fans.’

For Carmit it’s going to be even more special, having left the group in 2008. ‘It’s honestly all just been surreal. When Kim came in with her baby I cried. It’s real life. Jess just got married, my eight-year-old daughter is here and she’s going to get to see what I did before she was born,’ she hesitates, already trying not to get carried away. ‘That’s… I… I’m sure I will be emotional. It’s a new era for us and that’s super-cool.’

Soon our time is up, but the women are keen to tell their fans that they love them and that they’re grateful for their patience and support. ‘That’s why we’re starting the tour in the UK,’ says Carmit. ‘Three of us live here officially. It feels right to start here — they’ve always had our backs.’

Good things come to those who wait. Even if it is one of the worst kept secrets in pop, thanks to one Mr Louis Walsh.

■The Pussycat Dolls start their UK tour in Cardiff on April 6 and finish in London on April 17. livenation.co.uk