WHEN Phillippa and Steve Lambert found an abandoned Victorian lake and pleasure garden for sale on the Isle of Wight in 2001, the property was a pale shadow of its grand former self.

The lake had silted up and the site was derelict — strewn with rubbish, broken-down tractors and old birdcages, remnants of its most recent incarnation as an exotic bird zoo.

In its heyday, it had been part of the historic pleasure grounds of Old Park, a Victorian marine residence dating from the 1820s, but early last century this site had been separated from the mansion house. When the Lamberts bought it, there was little in the 2.5-acre site that carried any memory of its former glory. ‘It was overgrown and sad,’ Phillippa says.

Most people would have run a mile. But the Lamberts were undaunted. Instead, Phillippa, a landscape designer, and her husband Steve, a graphic designer/architectural illustrator, pitched their considerable talents into rescuing and reviving the ancient landscape: creating an award-winning home and garden that one visitor described as ‘a miniature Lost Garden of Heligan’.

‘When I saw this silted-up lake and wrecked landscape, I remember thinking that restoring it was what I had been put here to do,’ Phillippa says, as a heron soars past us to drop down to perch beside the lake.

The property is one of only five houses on this private road, at St Lawrence, on a peninsula which rolls gently towards the sea. The couple applied for planning permission in 2002, but first they had a two-year project to restore the lake/landscape.

The resulting property — with its Japanese-influenced home, with glazed glass windows overlooking the lake and separate two-bedroom boathouse, together with an immaculate and abundant walled garden bursting with salad vegetables and blooming flowers — is a testament to their love and dedication.

It would be hard to imagine a more magical site. The couple worked with architects Michael Rainey and Simon Clark, who were equally inspired by the property. Just 20 minutes after Phillippa returned from their initial meeting, her home fax machine churned forth their imaginative drawings. ‘We loved it,’ Phillippa says. ‘What they designed, we built.’

Together they produced an award-winning building flooded with light and wedded to its landscape, with crystal-clear lines and impeccable ‘green’ credentials — including heat recovery ventilation, organic materials, breathing walls/roof construction and the conservation of water. 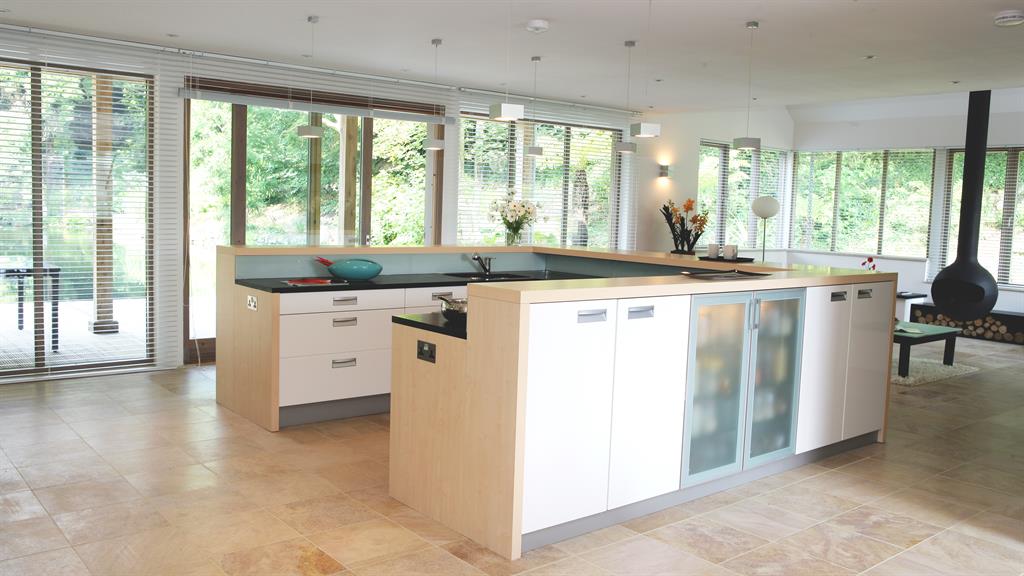 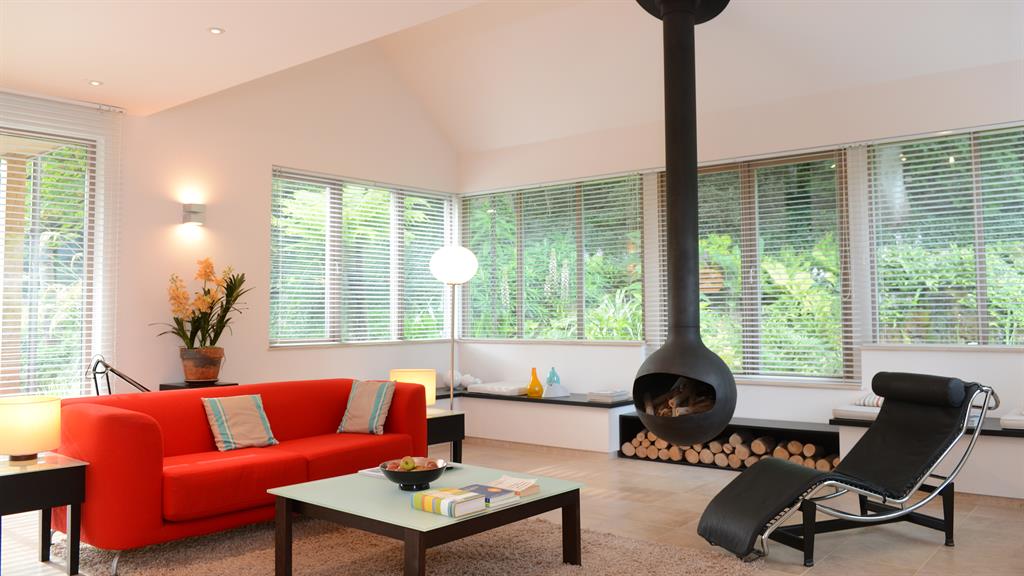 The newly built house, with Swedish softwood windows and doors (double and triple glazed) and its sloped roof, appears to float at the end of the lake, with an almost dream-like presence.

From the front door, you enter into a leafy, decked courtyard (restored from a burnt-out former café that was part of the bird zoo), surrounded by stone walls. Indoors, through the large oak door, are gleaming floors of Ancaster Rose, a rare stone since the quarry seam which produced it was later exhausted.

The first half of the living room has a double-height ceiling, with stairs leading upstairs. The rest of this open-plan living area boasts a kitchen, designed by Steve, in the middle of the room, while the living room has an extraordinary, Focus wood-burning stove which drops from the ceiling like a cast-iron tear drop, so dramatic and eye-catching it’s more like an artwork. The fourth wall is given over entirely to uninterrupted views of the lake, through double-glazed glass windows and doors to the outside patio.

Upstairs, under a lofty pitched roof, are floors of engineered limed oak, and the enormous master bedroom. There’s a little balcony looking onto the lake, but there are magnificent views, through the walls of paned glass, even from the bed.

Outside, in the walled gardens, the Victorian-style greenhouse and grounds are bursting with courgettes, tomatoes, cucumbers, sweetcorn and the largest onions I’ve ever seen. ‘It’s the micro-climate,’ Steve explains. 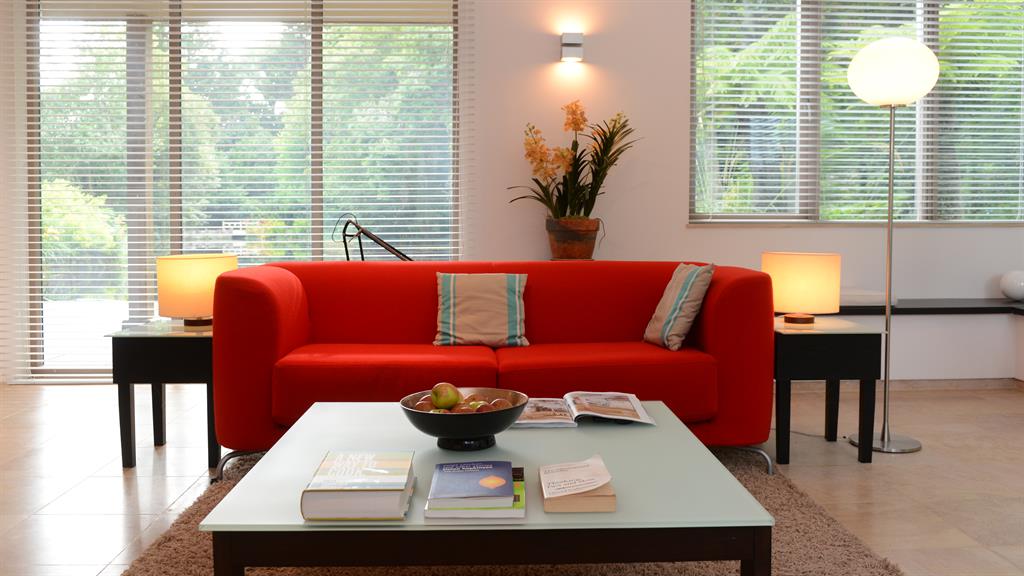 ‘The season comes early here and lasts longer. You really can’t imagine what it was like when we came here — it really was a jungle.

‘We saw the potential, but it has taken a long time to realise…’ 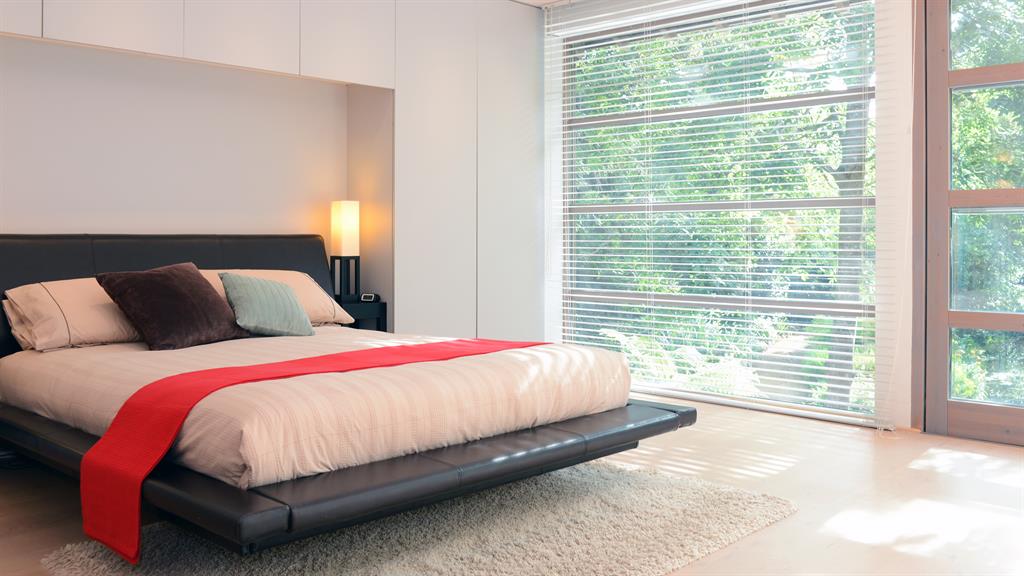 The couple are selling because they want another project — possibly a self-build that produces an even more self-sufficient property. ‘This is the most magical property,’ Phillippa says. ‘But we have only been its custodians. It has been one of my life’s greatest privileges to have a home in this space of light, air and glorious landscape.

‘Now that it’s time to move on. I’m sure someone else will love it, too.’

What You Get For Your Money 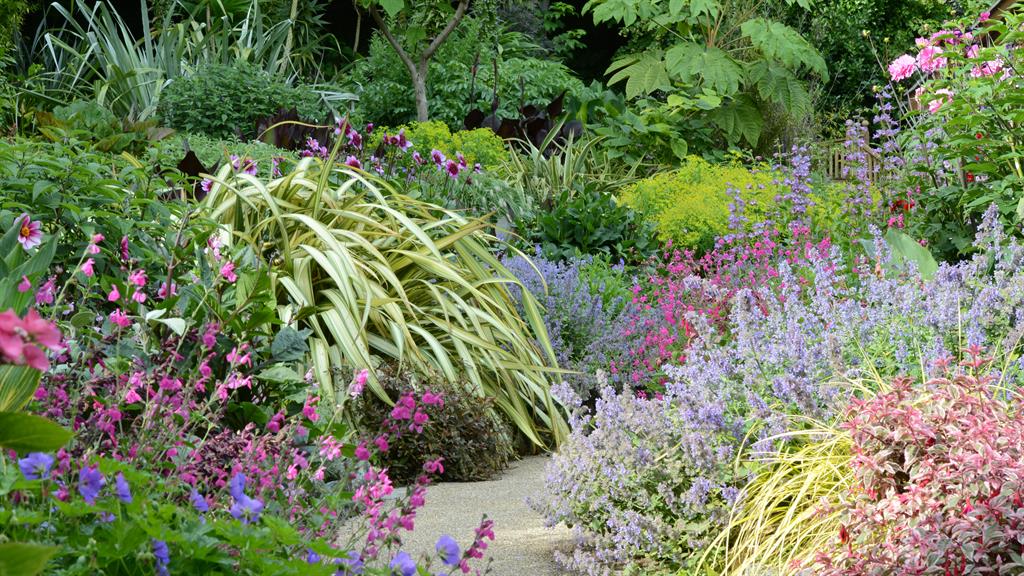 ■ A two-bedroom renovated boathouse (currently used as a holiday let)

■ A private lake surrounded by thousands of diverse plants/trees