THE QUEEN led the leaders of the western world in thanking surviving veterans of D-Day on the eve of the 75th anniversary of the biggest invasion in history.

She told them some people had thought the 60th anniversary commemoration in 2004 might be the last one — with even the youngest survivors now in their 90s. But she added: ‘The wartime generation — my generation — is resilient.’

The leaders of 15 nations stood to applaud the gathered 300 veterans and the heroism of the Allied invasion force of 156,000 that crossed the Channel in the biggest armada ever formed to begin Europe’s liberation.

More than 4,000 of those troops died on the first day alone in an operation which had been two years in the planning.

‘Many of them would never return, and the heroism, courage and sacrifice of those who lost their lives will never be forgotten,’ the Queen told the crowd.

‘It is with humility and pleasure, on behalf of the entire country — indeed the whole free world — that I say to you all, thank you,’ she said.

The veterans, aged from 91 to 101, were honoured with a flypast led by a Spitfire and a Hurricane as the ceremony ended.

The world leaders signed a promise of continued co-operation to prevent a return to the horrors of the past. Last night, prime minister Theresa May watched from the deck of aircraft carrier HMS Queen Elizabeth as some of the survivors set off to repeat their historic journey to France.

Three veterans and 280 paratroopers jumped into Normandy in a recreation of the first parachute drops made in the early hours of D-Day — June 6, 1944.

A crowd gathered at Pegasus Bridge, one of the targets of the airborne assault, while Canadian veterans of the landings saluted fallen comrades at a ceremony in Reviers, Normandy. There will be more events in France today attended by Prince Charles, Mrs May, Mr Macron and Mr Trump.

Jack Smith, 94, who spent months under constant attack landing men and materials on the Normandy beaches, spoke to the Queen yesterday of horrors faced by comrades. She said: ‘You don’t have to tell me — I’m from the same generation.’ But he teased: ‘I’m older than you.’ 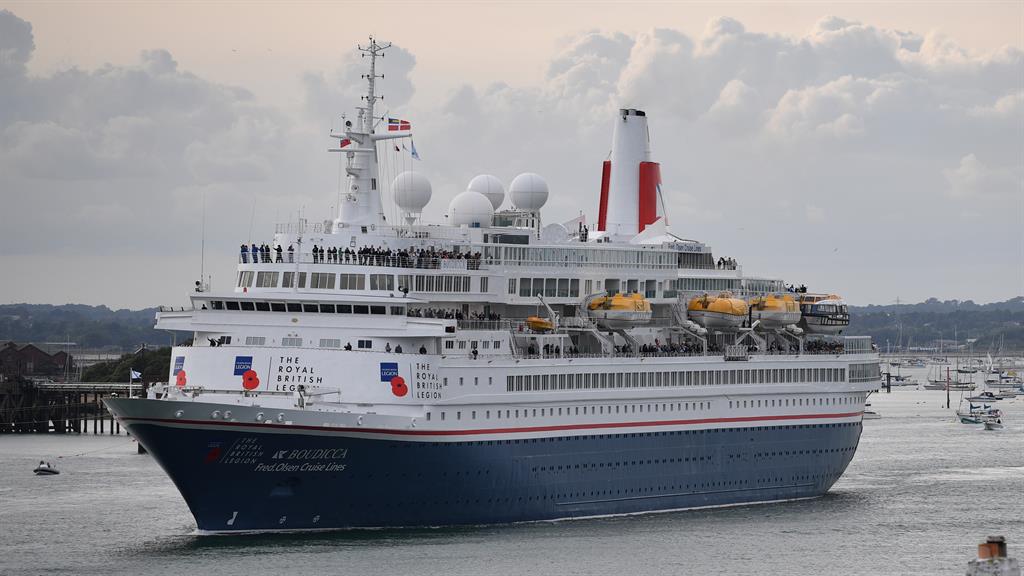