A NEWLYWED on her honeymoon almost lost her leg after she was hit by a flaming coconut set alight by a firework.

Natalie Fitzpatrick’s leg was broken in two places and her dress was set on fire after the accident in Thailand.

She and her groom, Paul, had married in Koh Chang before going island-hopping to Phuket.

They were watching a display on Kata beach when the firework careered into the crowd. It hit a coconut drinks display, setting one alight, before it smashed into her leg.

She said: ‘I didn’t see it coming. My husband was patting my dress, thinking I was on fire. He went to move my leg and it was all floppy. I just went into shock.’ 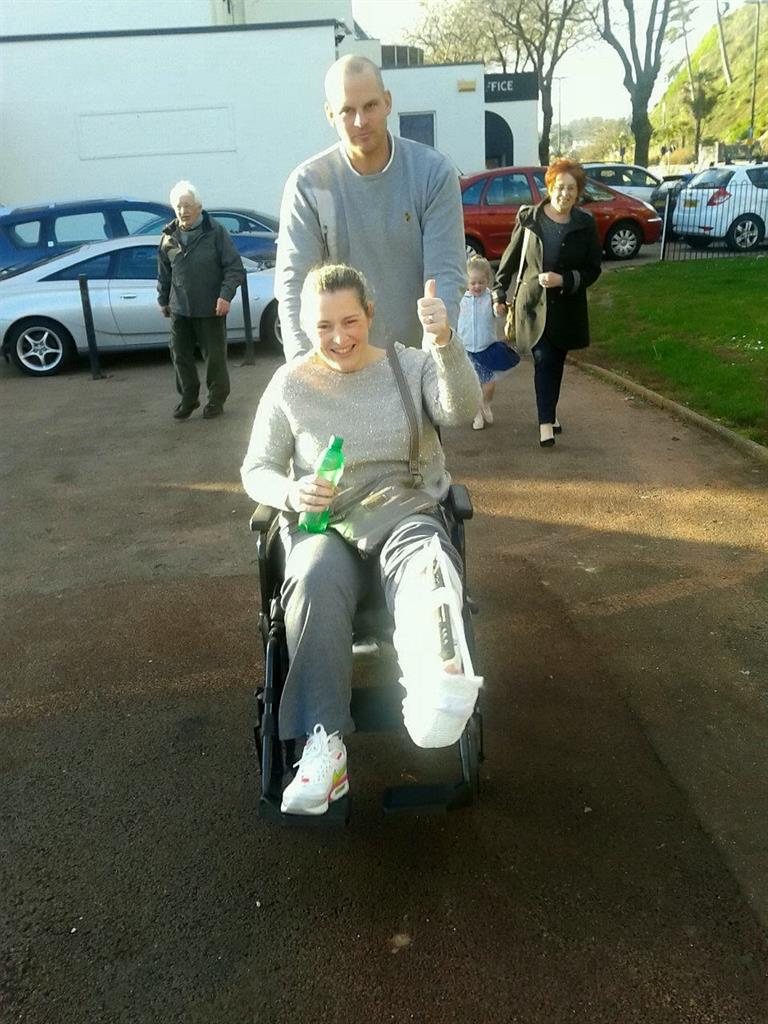 Paul, 41, and fellow tourists carried her on a sunbed to a road where a truck took her to hospital. Natalie, 42, was transferred to a hospital in Phuket with Paul and their daughter Ezme, then four, following.

She underwent operations, blood transfusions and skin grafts, had bars inserted in her calf and had to translate what doctors told her on her phone.

She said: ‘I had a hole in my leg where they had cut away the skin. You could see right to the metal work.’

Once back in the UK, surgeons had to remove some of the metal in her leg and transplanted muscle.

‘I was warned if it didn’t take, they might have to amputate below the knee and I was told that was likely to be the case at three different stages,’ she said. The healthcare assistant from Torquay, Devon, said: ‘What was supposed to be the happiest time of our lives ended up the most horrific. I really thought I was going to die or lose my leg.’

The mum of two is still recovering from the ordeal six years after the accident on New Year’s Eve in 2012.

She said: ‘I’ve only got half the lymph nodes in my leg and have to wear a special stocking to stop the swelling. But anything is better than not having a leg at all.

‘I’m thankful I’m still here and that it wasn’t my head or it wasn’t Ezme.’