FOR many years I have been a champion of the humble B&B but this has as much to do with my penchant for candlewick bedspreads and fried bread as anything else. Still, it seems I’m not the only fan: a B&B in Haworth, West Yorkshire, has just been named Best Hotel in the UK by top hotel comparison site hotelscombined.com. Wilsons Of Haworth, a York-stone cottage with just five rooms, beat more than 46,000 other properties to the accolade.

I’ve stayed in more than my fair share of B&Bs and some are more memorable than others. ‘I’ve bought you some camomile tea and a fluffy hottie, my dear,’ said Sandy, host of the Beeches in Sussex, who knocked gently on the bedroom door with a hot water bottle. ‘You can’t beat a hottie on a chilly night,’ she grinned.

I snuggled under the 300 thread-count Egyptian cotton sheets and heavy eiderdown in the antique Queen Anne bed and thought, you don’t get this in a Travelodge. 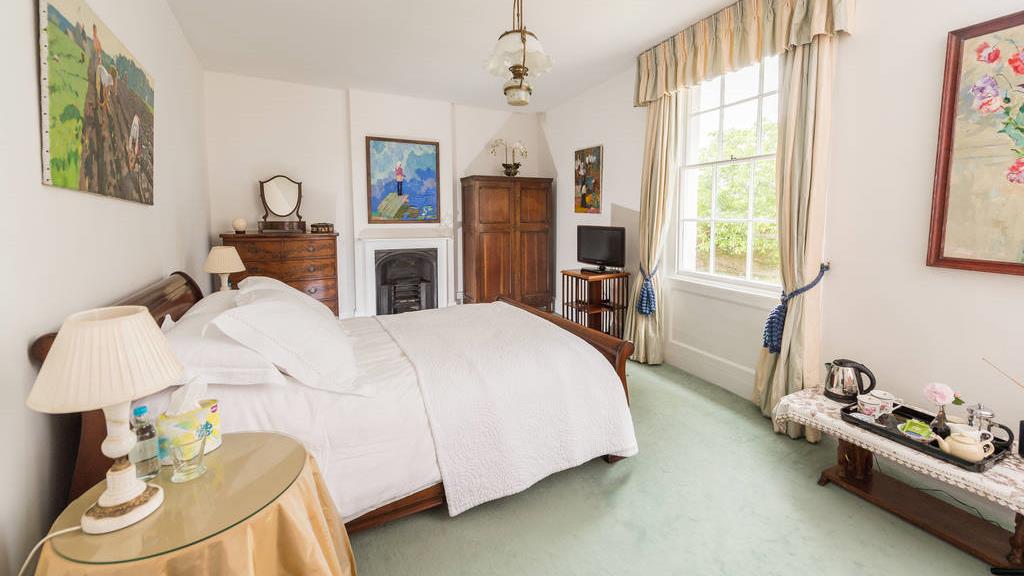 At the rough end of the scale was a tiny box room on an estate in Crewe that had a hard bed and winceyette sheets, and smelt of Lenor and Rothmans. Then there was the time my boyfriend and I booked a B&B on the outskirts of Telford for a wedding. Our bed was in a girl’s bedroom where Justin Bieber and pony posters snuffed out any romantic notions. And the couple running it were clearly having marital problems, which made for a rather strained breakfast.

But I’ve also spent the night in a Grade II Sussex manor house that had a pool and a cordon bleu chef; an old lighthouse on Beachy Head; and even a swanky white cruiser turned B&B in Lymington Harbour.

Of course, we’re not always treated to camomile tea, White Company robes and organic granola. One friend, Sharon, says a Southend guesthouse had ten TVs in a room, while another, Kelly, had a horror story in Ghent.

‘The toilet was at the end of the bed, hidden behind a curtain,’ she says. ‘But my favourite was actually in Blackpool and run by a pair of drag artists. Every room was decked out like a tart’s boudoir and there was a mini-nightclub in the basement.’

Thankfully, with online review sites like Good Hotel Guide and Trip Advisor it’s easier to sort the Wilsons from the Fawlty Towers.