PHOEBE FOX is recalling her first morning on the set of Sky One’s new high-octane street-racing drama, Curfew. She’d thought of The Fast And The Furious as a starting point but anticipated her paramedic character would be the straight woman of the piece, all heart and soul. She couldn’t have been more wrong.

‘They told me to be like Bruce Willis in Die Hard,’ beams the Blue Iguana and NW actor, ‘so I’ve done lots of surveying dangerous landscapes with a frown while delivering one-liners.’ What’s her favourite? ‘Oh, it’s got to be, “I don’t want your help — I just want your bazooka!”’

Which pretty much sums up the wild atmosphere of Curfew. With a starry cast including Sean Bean, Adam Brody, Miranda Richardson, Billy Zane and Adrian Lester, it’s an intense combination of Wacky Races, Stranger Things and Death Race, and it comes from much of the team behind Peaky Blinders.

Set five years into a future where a virus has turned some of humankind into flesh-eating, nocturnal creatures, it centres on an annual illegal night-time road race where the winner gets to escape to an island without curfew or baddies. There are no rules other than to win — which is why Fox’s character, Faye, enters in an armour-plated ambulance fitted with an electrified mesh that can fry her foes.

On set, Fox’s ambulance takes a slightly incongruous place in surely the coolest garage in Manchester, where Curfew is filmed. There’s a BMW i8, a Ferrari and a Dodge Viper amid the 100 modded cars used in the show.

‘I know,’ laughs Fox. ‘I was like, “All these amazing vehicles… and I get the ambulance?”’

But the ambulance has its uses in this dystopian world, which is why Malachi Kirby wasn’t too disappointed when his Han Solo-style getaway driver character, Michael, had to swap his McLaren 570S Spider for a seat next to Faye in the ambulance. Although not before he’d had fun with the 204mph supercar — overseen by stunt-driver Ben ‘The Stig’ Collins.

‘We went to an airfield and this truck turned up,’ Kirby says. ‘A McLaren came out of the back, like a scene in a movie. And then the Stig asked me if I wanted to test it out. It’s powerful! I got to do doughnuts with him and I ended up breaking the car a little bit… but that was his fault!’

Encouragingly, the high-jinks are underpinned by a real commitment to storytelling in Curfew. The action takes place over one night and every episode features backstories fleshing out why each of the core players is in the race. Fox calls it ‘action with heart’ and for all the fact that the cars are the stars, there are moments of genuine emotion.

‘I’ve never read a script or seen a show like this — it’s mad,’ agrees Kirby. ‘It could be a thriller, a comedy, a drama, an action film. There’s one bit where I’m trying to drive the ambulance as someone’s trying to kill me with a knife — and a gun. That was tricky. There’s a lot going on.’ 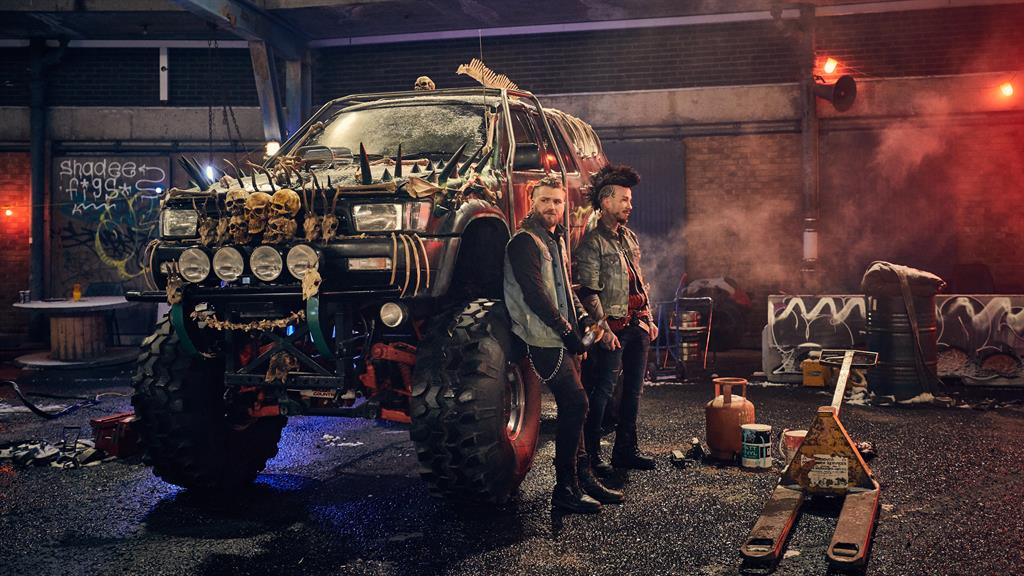 That lot including, quite brilliantly, Billy Zane as a pacifist-anarchist Zen cowboy in a camper van.

‘I think they saw me playing Joker Jones as a mash-up of Dead Calm and Zoolander, riding a line between danger, madness, comedy, truth and entertainment,’ Zane giggles. ‘So it’s a dream role.’

Joker Jones is actually a gonzo alternate personality for a psychiatrist, furious that the remaining people in the world of Curfew seem so eager to live by government-enforced rule of law. It’s this level of detail that sets the show apart.

‘It’s anchored by some really grounded performances,’ agrees Zane. ‘Because everyone is racing away from — or to — something, I think it’s easy to identify with these characters.

‘So yeah, I might be wearing a cowboy hat — but Curfew’s got a punk-rock heart.’

Revving up: The key cars of Curfew 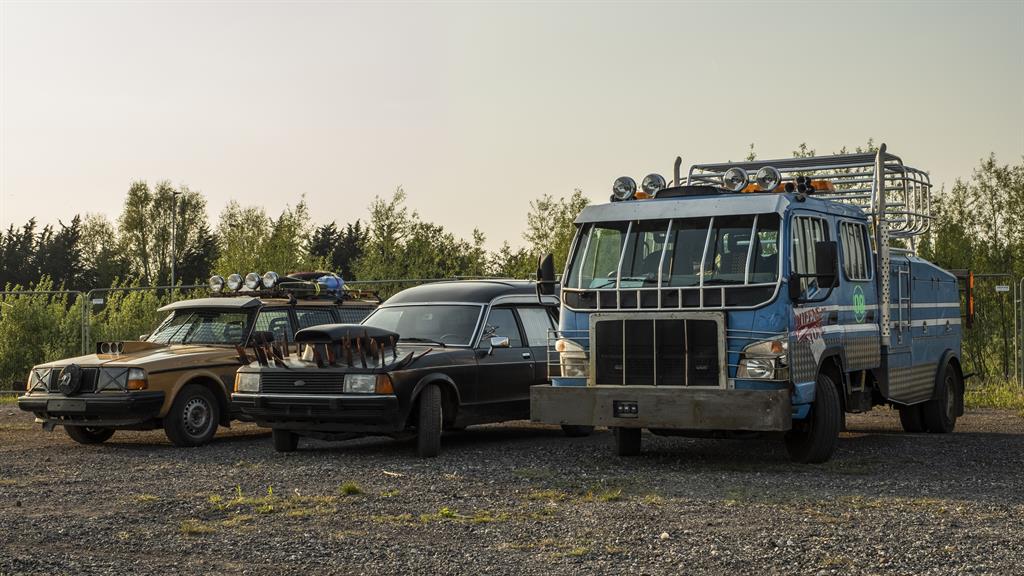 Adrian Lester has to adapt the Donohue Volvo estate — which ends up looking like something from Ghostbusters — to protect his family.

Sean Bean is The General, a man not to be messed with in his achingly cool Jag. But his co-driver, Faith (Rose Williams), is actually the bad-ass.

Michael and Faye (Malachi Kirby and Phoebe Fox) play out their romance, their fight scenes and their bid for freedom at the wheel of this clunky emergency vehicle.

Lou (Miranda Richardson) and her daughter, Hanmei (Thaddea Graham), climb aboard their Queens Of Stone truck in an attempt to get to the island — to see Lou’s wife.

■ Curfew starts on Sky One on Friday at 9pm. Catch up on Now TV