THE script for the very first episode of Doctor Who — rescued from a skip 50 years ago — is coming under the hammer.

The 43-page document was owned by William Hartnell, the first Doctor, and still has his annotations in blue pencil. He played the role from 1963 to 1966. 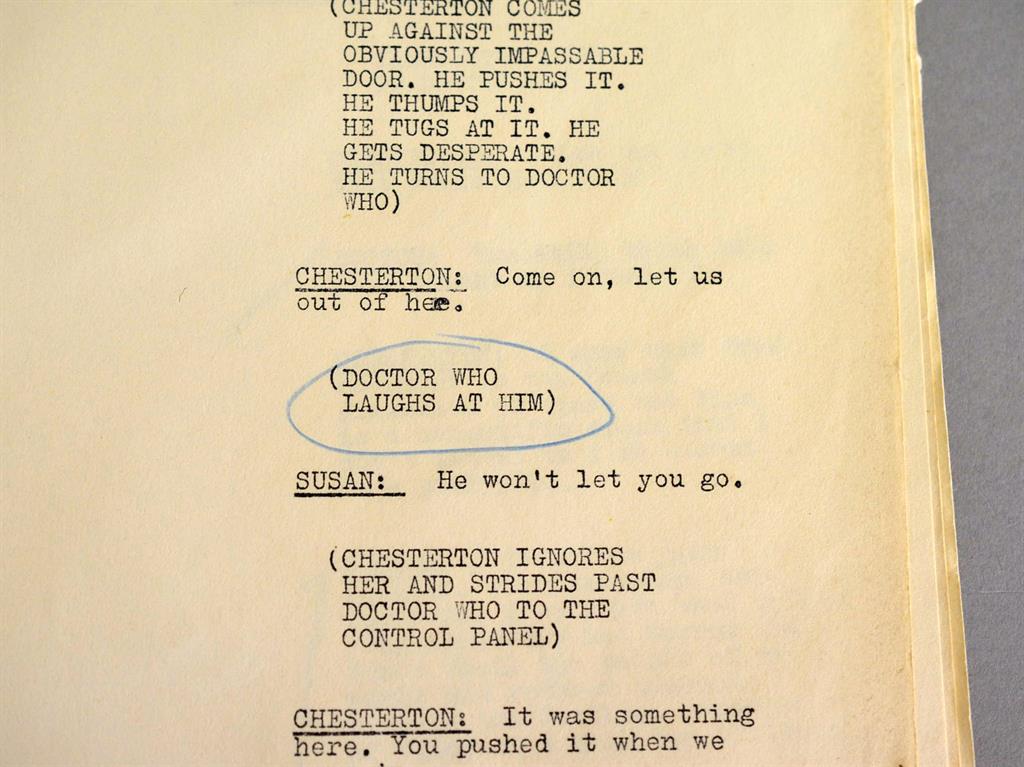 The current owner of the script was eight when he was given the rare piece of TV memorabilia.

His grandfather worked for a building firm that had been renovating Hartnell’s former home in Mayfield, East Sussex, and found the script, called An Unearthly Child, among the rubbish.

The owner, who declined to be identified, unveiled his treasure on the BBC’s Antiques Roadshow last year, saying: ‘William Hartnell had just moved out and this was being thrown out. My grandfather gave me it because I was a Doctor Who fan.’

Expert Chris Yeo told him: ‘It’s the DNA of Doctor Who, the genesis of the programme, which makes it very important.’