THERESA MAY warned MPs they risked sending Britain crashing to a no-deal Brexit as she cancelled a crunch vote in the face of certain defeat yesterday.

The prime minister promised to go back to Brussels to seek ‘reassurance’ over the Northern Ireland backstop opposed by many in the Commons.

But she insisted the agreement she had thrashed out with the EU could not be rewritten — leaving no-deal as the only alternative if the MPs refused to back down and vote for it.

The pound slumped to a 20-month low as Mrs May revealed preparations for the chaotic Brexit that markets fear were being stepped up.

Labour leader Jeremy Corbyn said she should step down because the U-turn over the vote — which had been scheduled for today — showed that her plans were in ‘complete disarray’.

And Tory Brexiteer Jacob Rees-Mogg said she should either ‘govern or quit’, adding: ‘We cannot continue like this.’

Meanwhile, the European Court of Justice confirmed Britain was free to stay in the EU if it wanted to and would even retain its rebate on contributions made to the bloc’s coffers.

The chances of Mrs May winning support for the agreement looked doubtful even before it was published last month — and grew even slimmer as loyal Conservatives denounced it. But on BBC Radio 4’s Today programme yesterday morning, the environment secretary Michael Gove said the vote was ‘100 per cent going ahead’.

Downing Street was still insisting at 11am there would be no climbdown. But half an hour later, reports surfaced that the vote was cancelled.

Mrs May later confirmed it was off, telling the Commons: ‘If we held the vote tomorrow the deal would be rejected by a significant margin.

‘I still believe there is a majority to be won in this House in support of it, if I can secure additional reassurance on the question of the backstop.’

She did not put forward a new date for the vote, which may not be held at all if she is unable to sway MPs and decides no-deal is the only option left.

The PM said the backstop — keeping Northern Ireland permanently tied to the single market if trade talks failed — was a ‘simply inescapable’ fact.

But she will visit European leaders ahead of an EU summit on Thursday to seek assurances that it is intended only to be a temporary measure. Today, she will see both Dutch PM Mark Rutte in The Hague and German chancellor Angela Merkel in Berlin.

‘We will not renegotiate the deal, including the backstop, but we are ready to discuss how to facilitate UK ratification,’ he said.

There was little sign that MPs would come to a compromise yesterday. 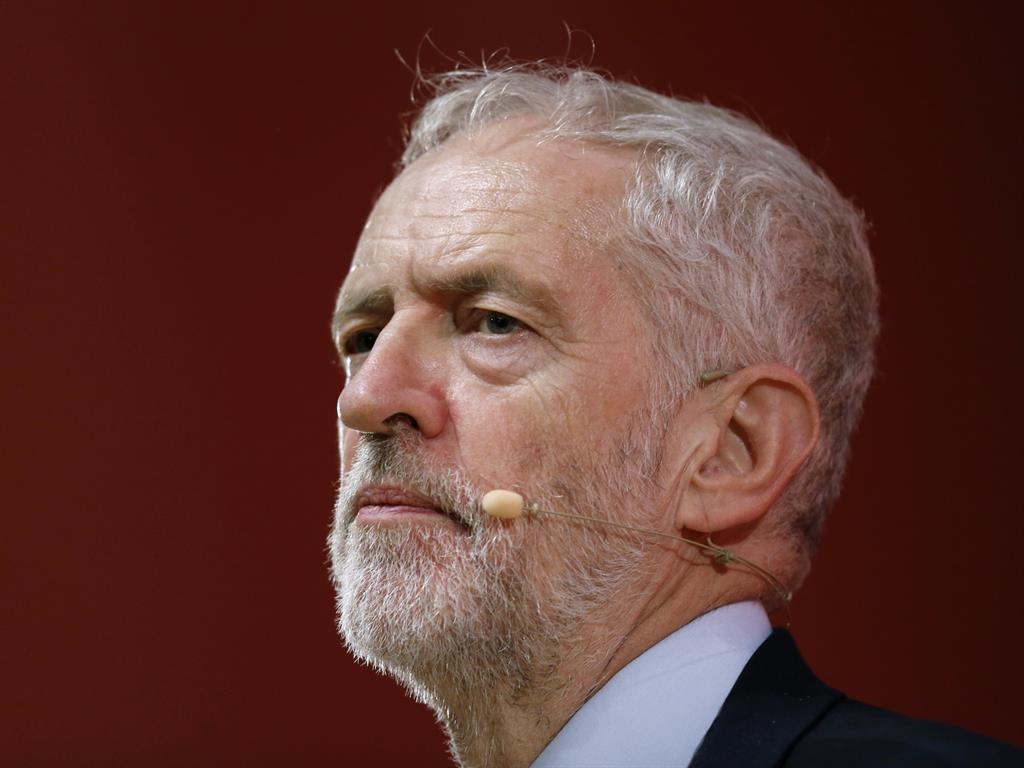 Northern Ireland’s DUP — which props up Mrs May in the Commons — said her claim the backstop could not be avoided was ‘simply not credible’.

The party’s Nigel Dodds said: ‘Does she not get it that the backstop is unacceptable? Please prime minister really do start listening and come back with changes to the withdrawal agreement or it will be voted down.’

Mr Rees-Mogg and fellow Brexiteers in the European Research Group said they would not back the deal unless the backstop was dropped altogether.

Mr Corbyn (above) resisted growing pressure to call a vote of no confidence in the government, saying he would wait for Mrs May to put the deal to MPs.

‘At that point, she will have decisively and unquestionably lost the confidence of parliament on the most important issue facing the country,’ a Labour spokesman said.

Labour’s Lloyd Russell-Moyle was escorted from the Commons last night after grabbing the mace — a symbol of parliament’s authority — in an apparent protest over the vote being axed.

Sunday, 10.10am: Brexit secretary Stephen Barclay insists the Commons vote is ‘100 per cent happening on Tuesday’.

Monday, 8am: The European Court of Justice rules that Britain can unilaterally revoke Article 50.

10.30am: It emerges that cabinet ministers have been told to prepare for a call with Theresa May at 11.30am.

11.07am: Lobby journalists are told by a No.10 spokeswoman: ‘The vote is going ahead as planned.’

11.30am: The Bloomberg news service reports the vote will be called off.

11.35am: European Commission spokeswoman Mina Andreeva says: ‘We will not renegotiate.’

12.11pm: Commons leader Andrea Leadsom confirms Mrs May will give a statement to the Commons at 3.30pm.

1.06pm: Children’s minister Nadhim Zahawi tweets that Mrs May ‘has listened to colleagues and will head to Brussels’.

3.30pm: The prime minister tells the Commons she has called off the vote after recognising her deal would be defeated by MPs.

3.50pm: Commons speaker John Bercow urges that MPs be given a vote on whether to postpone the vote.

5.15pm: The PM’s official spokesman says there will be no vote on postponement.

6.22pm: After Mrs May has spent almost three hours speaking to the Commons, Mrs Leadsom confirms the government does not plan to hold any Brexit discussions today and sets no date for any Brexit vote.