The auctioneer’s gavel falls, and I have just witnessed the sale of a roof space on a block of flats in south London.

It’s all taking place in the hushed but tense atmosphere of a large hall in the basement of Marble Arch’s Cumberland Hotel, as UK auctioneers Allsop holds one of its seven annual residential sales events. I had always envisaged property auctions as a place for seasoned traders with serious knowledge of how to play the market, and it transpires that I’m not completely wrong — I’m told that around 75 per cent of buyers at this auction are dealers. But now, with the UK housing market flat, I am seeing why a wider range of people are looking to auctions — to sell and to buy.

I have just seen a sale, that could have taken months through an estate agent, agreed in a matter of minutes.

And the vendor of the roof space — which has planning permission to build two flats — has seen it sell for £35,000 more than the guide price.

Next up is a one-bedroom flat with a guide price of £160,000, but it fails to sell after bidding stops at £168,000 — short of the vendor’s reserve price, the minimum they are willing to sell for.

The reserve is usually close to the guide price and is ‘secret’ because only the vendor and the auctioneer know what that figure is.

Set the reserve low and the auctioneer has room to build up a momentum of bids in the sale. But there’s always the risk that bids only just hit the reserve price and the sale is done at the modest end of the vendor’s expectations.

The big myth that surrounds auctions is that anyone present might make an unintentional bid — by scratching their head, for example. Auctioneers say they always know when someone is actually bidding.

The big truth about auctions is that, if you do make a genuine bid and the hammer falls, you are legally bound to make the purchase.

As soon as an auction is completed at this Allsop event, the winning bidder is whisked off to the contracts room where they must pay a ten per cent deposit and sign a contract binding them to the completion of the sale within a month.

And here lies the beauty of selling a property this way, says Allsop partner and auctioneer Richard Adamson — there is no opportunity for gazumping or another buyer trying to up the price at the last minute. Fellow Allsop partner and auctioneer Gary Murphy adds that many sellers and buyers are attracted to the transparency of an auction — although he points out they don’t suit someone who has to sell to buy.

Both men have spells on the platform today — Allsop has four auctioneers operating over the duration of the event, each spending around two hours in the role. They are very much the showmen of the 35-strong Allsop team present.

Gary has auctioneering in his blood. His father and grandfather were both auctioneers and he has been in the residential property auction trade for 32 years. He says: ‘It’s our big day — a lot of work goes into this. All the preparation of the lots, the catalogue, all the marketing. I will spend the night beforehand studying the lots.

‘I know how many potential buyers have requested legal packs [the searches and info the vendor will have provided through their solicitor], and which have had surveys done on lots.

‘I also have lots of information like this in front of me during the auction — I am not just looking out for bids on the floor.’ Gary says that he has decided where to start the bidding on each lot, and how big each bid increment will be, before the auction takes place.

He must also keep his eye on internet bids, phone bids and proxy, written bids submitted before the auction starts. But Gary says he always knows if someone out on the floor has ‘another bid in them’. And he recalls his first ever auctioneering session in the 1980s, involving a house in Kensington with a reserve price of £650,000. He says: ‘The bidding stopped at £645,000 and I announced that this was the first time the house had ever sold in 200 years. It did the trick — the bidding picked up again and we got it over the line.’

It’s this kind of skill and intuition that helps Allsop successfully sell an impressive 80 per cent of property lots on auction days. Some do not sell as the hammer falls — the bids having yet to reach the reserve price — but Allsop says even these properties often go on to be snapped up on the day as staff speak to the people who bid and the vendors to reach a deal after the auction slot closes.

■ The next Allsop residential auction is on May 31 at the Cumberland Hotel, London. The full catalogue launches on May 12, see allsop.co.uk

‘Put the work in and get a good deal’

Nabil Ashraf, 43, is a buy-to-let investor with a portfolio of four properties — two of which he bought at auctions.

He says it is possible to pick up a bargain at an auction with the right know-how.

He bought a five-bedroom Victorian semi in Chelmsford, Essex, for £630,000 at an Allsop auction last month, having previously purchased a three-bedroom 1930s house in Manor Park, east London, at a Savills auction.

He says he was less nervous the second time around as the auction was less frenetic.

‘I will need to spend about £200,000 on the Chelmsford house, but I think it will be worth over a million when I have done the work. If you are prepared to put in the work and money you can get good deals at auctions.’

Nabil recommends buyers carry out a survey on properties prior to auctions — something he did with the Essex house but not with the Manor Park property. He adds: ‘The disadvantage of buying at auction is the shortage of time to think things over. And if you don’t have the finance in place it could get very tricky.’

Property developer Mark Smith, 59, sells around 30 property lots a year at auction and had four for sale at the Allsop event I attended. They included three blocks of garages in Denham, Buckinghamshire. They were subject to price guide and a reserve of £155,000 but achieved £364,500 thanks to auctioneer Gary Murphy and his team.

Keeping his reserve ‘keen’ is a tactic Mark favours.

He says: ‘This can be a leap of faith but creates interest and normally results in achieving a very satisfactory figure.’ 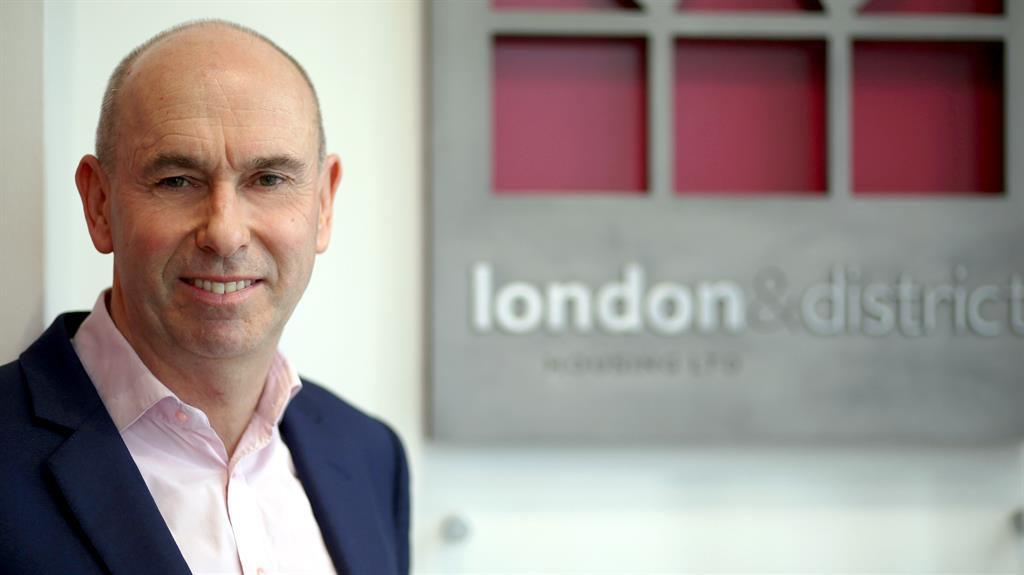 He explains: ‘Once the gavel has fallen, exchange of contracts has effectively taken place and completion date is fixed.’

This is important for any property company that relies on certainty, particularly in an uncertain market where private buyers may look for reasons not to buy something having agreed a purchase.

But coming home with an unsold lot is not good news. To avoid this scenario, experts suggest you listen to your auctioneer’s advice and set the guide and reserve at the right figure from the beginning.