DEVASTATED colleagues and family have paid tribute to a ‘kind and gentle’ teacher named last night as a victim of the terror attack on Saturday.

James Furlong was stabbed to death along with two other people as they enjoyed the sunshine together in a park in Reading town centre.

He was head of history, government and politics at the Holt School in nearby Wokingham, where classes have been suspended today, with pupils and staff offered counselling.

‘He truly inspired everyone he taught through his passion for his subject and his dedication,’ the school said in a statement. ‘He was determined that our students would develop a critical awareness of global issues and in doing so become active citizens and have a voice.’

Libyan asylum-seeker Khairi Saadallah, 25, was in custody last night on suspicion of carrying out the attack in Forbury Gardens. 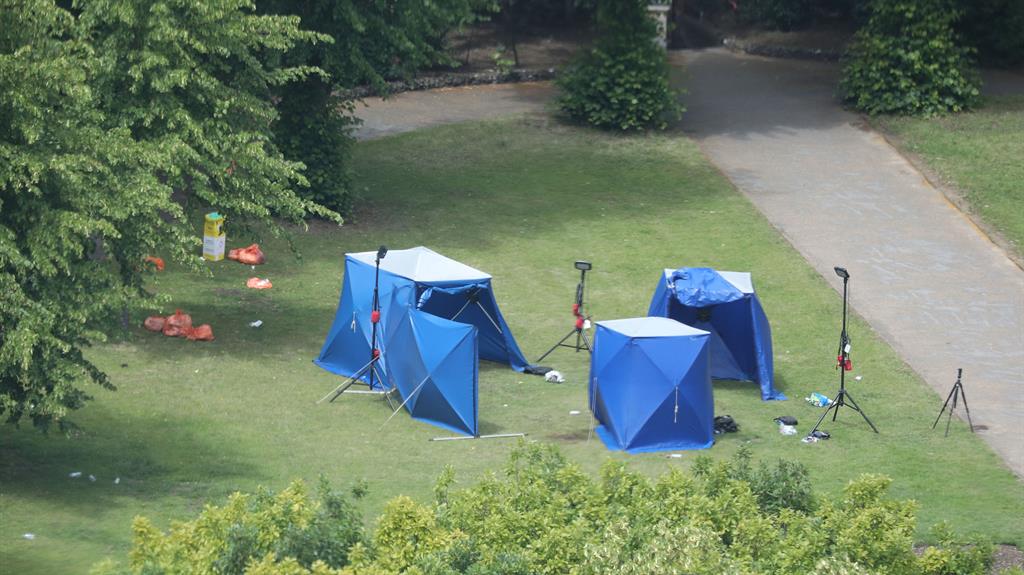 Mr Furlong and the other victims were sitting in the busy park in a group of about ten people when they were stabbed in the neck and under the arms, a witness said. The knifeman shouted ‘unintelligible words’ before lashing out with a 5in blade at about 7pm.

He was arrested by unarmed police officers who knocked him to the ground outside the park within five minutes of the first 999 call, it emerged yesterday.

Deliveroo driver Amir Hadyoon, 31, said: ‘They slide tackled him, like rugby tackled him, but he wasn’t blinking, he was just staring. His hand when he got arrested was full of blood and he wasn’t resisting even though there were four or five police officers on top of him.

‘To me it looked very weird because he didn’t say a word. 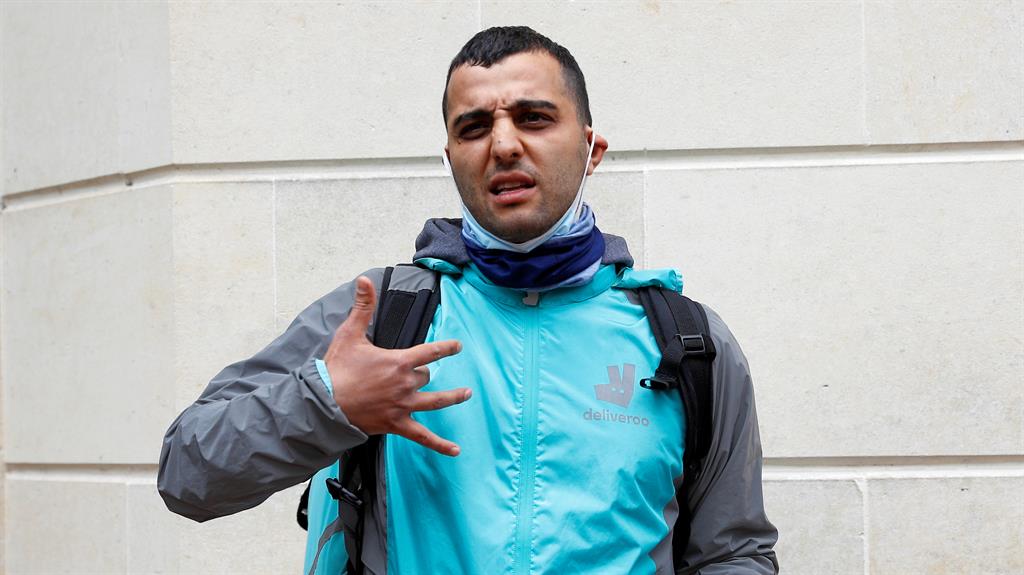 The Police Federation praised the heroism of the officers at the park.

‘There are barely words to describe their bravery,’ said Craig O’Leary of the Thames Valley division.

‘Officers who ran towards danger with the sole thought of protecting the public we serve. Other colleagues valiantly rushed to the scene to try and save and preserve life.

‘While the investigation into this incident continues, what we can say is the public can rightly be proud of their emergency services today.’

Personal trainer Lawrence Wort, 20, revealed he fled from the attacker in the park, where a Black Lives Matter protest had ended two hours earlier.

He said: ‘The park was pretty full, a lot of people sat around drinking with friends, when one lone person walked through, suddenly shouted unintelligible words and went around a large group of around 10, trying to stab them.

‘He got one person in the back of the neck and then when he realised everyone was starting to run, he ran out of the park.’

Three survivors were injured, one of whom remained in hospital last night, in a stable condition.

Saadallah, who had been freed from jail on probation, applied for asylum after arriving in 2012 as a tourist.

He has done time for a series of violent offences and went on trial last year over an attack with a broken bottle on Sainsbury’s security guard Sydney McDonald, 65 — who also witnessed Saturday’s arrest.

The suspect at the park looked as though he had ‘put his hands in a big bucket of red paint’, Mr McDonald said.

MI5 concluded that Saadallah posed no threat when he was reported to agents last year over plans to travel overseas, ‘potentially for terrorism’.

Armed police raided his Reading flat soon after the attack on Saturday, carrying out a controlled explosion.

In a statement released by Thames Valley Police, they said: ‘James was a wonderful man. He was beautiful, intelligent, honest and fun. He was the best son, brother, uncle and partner you could wish for.

‘We are thankful for the memories he gave us all. We will never forget him and he will live in our hearts forever.’

A former pupil, now at Cambridge university, described Mr Furlong as ‘one of the most influential and exceptional people in my life’.

‘He fostered my love of history, nurtured me, and taught me resilience and kindness,’ she said. ‘The four years I spent with him were precious, and deeply treasured.’

Another ex-pupil, Hannah Farbon, wrote on Facebook she was ‘absolutely devastated’ to learn that her old form tutor had been killed.