A WARLORD known as ‘The Terminator’ has been sentenced to 30 years in prison by the International Criminal Court for crimes that included murder, rape and sexual slavery.

Bosco Ntaganda received the court’s highest-ever sentence after being found guilty in July of 18 counts of war crimes and crimes against humanity.

He was charged over his role as a military commander in carrying out atrocities during an ethnic conflict in a mineral-rich region of the Democratic Republic of Congo between 2002 and 2003.

Ntaganda (below) showed no emotion as presiding judge Robert Fremr passed sentences ranging from eight to 30 years for individual crimes and an overall sentence of 30 years. 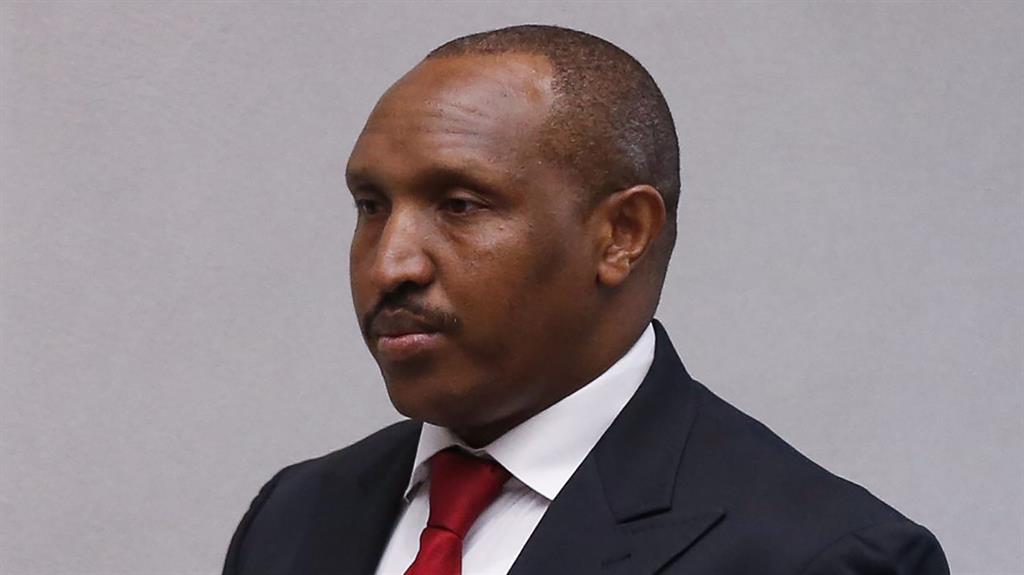 ‘While his victims’ pain cannot be erased, they can take some comfort in seeing justice prevail.’

Ntaganda, who insists he is innocent, became a symbol for widespread impunity in Africa in the seven years between being indicted by the global court and turning himself in as his power base fell apart in 2013.

Judges said he was guilty as a direct perpetrator or a co-perpetrator of a string of crimes including murders, rapes of men and women, using child soldiers and a massacre in a banana field.

Child soldiers were raped by Ntaganda’s troops and forced into sexual slavery, leaving them with physical and psychological scars, the court heard. Ntaganda also used them as bodyguards.

He spent weeks testifying in his own defence, saying that he wanted to put the record straight about his reputation as a ruthless military leader. However, he was unable to convince the three-judge panel of his innocence.

Ntaganda was the deputy chief of staff and commander of operations for rebel group the Patriotic Forces for the Liberation of Congo.

Its leader, Thomas Lubanga, was convicted by the ICC in 2012 of using child soldiers and is serving 14 years in jail.

Ntaganda was convicted of far more crimes. He has 30 days to appeal his sentence.