A VULNERABLE 16-year-old girl was ‘cruelly and brutally’ murdered by her aunt’s husband in a sexually motivated attack, a court has heard.

Louise Smith had been missing for 13 days before her burned and mutilated body was found in woodland by police.

She had been subjected to ‘extreme violence’ and a ‘determined attempt had been made to destroy her body’, Winchester crown court heard.

Shane Mays, 30, has admitted manslaughter but denies the murder of the teenager. She had been living with him and her aunt Chazlynn Jayne Mays.

Louise had moved in to their flat in Havant, Hampshire, two weeks before she was killed after ‘quarrelling’ with her mother, Rebecca Cooper, over wanting to spend more time with her boyfriend, the court was told.

She disappeared on May 8 and Ms Mays reported her missing later that afternoon. The defendant told police that he had walked with Louise to a skatepark in Emsworth.

But he later changed his story and admitted killing her in the woods, said James Newton-Price QC, prosecuting.He added: ‘The prosecution submits this was a cruel and brutal murder. Her body was found in Havant Thicket at 11.45am on May 21 following an extensive search by Hampshire police.

‘A determined attempt had been made to destroy her body. It was so badly burned and damaged by fire as to be unrecognisable. 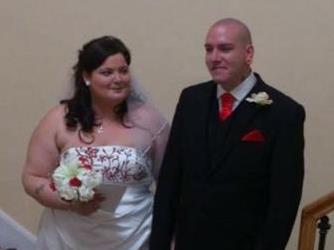 ‘Her body had been subjected to extreme violence, including repeated and heavy blows to her head. There are grounds to believe that part of the motivation for her murder was sexual.’

Her stay with the Mays began happily in late April and she even confided to her aunt: ‘I want to start calling you guys mum and dad.’ But the situation ‘deteriorated’ when her aunt became unhappy about her smoking cannabis, bringing her boyfriend home and arriving late. The trial continues.