TARON EGERTON feels ‘reinvented’ after shaving his head to get over his break-up from his girlfriend.

The actor said getting the shears out was a double win, as he also got rid of the ‘awful’ thin hair he sported to play Sir Elton John in new biopic Rocketman.

Having seen his relationship with ex-girlfriend Emily Thomas hit the skids, the Hollywood actor, 29, revealed: ‘I found it quite liberating because I just finished the Elton John thing and had this awful hair. So, I shaved my hair cos they had thinned it right out and given me this bald patch. 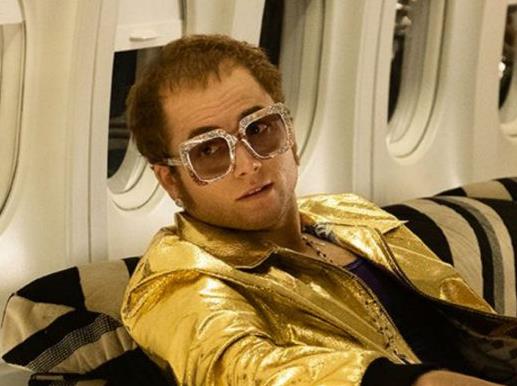 ‘It was very cathartic and also, not to put a downer on things, I split up with my girlfriend not long ago and it weirdly felt a bit like reinvention… to sort of change the way I look.’

The Kingsman actor added his Elton John haircut was ‘not the one, especially when you’re single and ready to mingle’.

Meanwhile, in a separate interview Taron shared how fans mistakenly thought he was gay, because of his activity on Instagram.

He told the Radio Times: ‘One of the lads was at my London flat and I Insta-grammed a picture of him and said, “Look at this cutie”, and a million outlets reported I was coming out as gay. I’m not gay but two of my mates came out when I was 15 and it was a joy to support them because, as a group, we are all secure in who we are.

‘I’m certainly not going to stop calling my mates cuties and gorgeous, because they are cuties and they are gorgeous.’

The actor also talked about working with shamed Hollywood star Kevin Spacey, who lost his job on House Of Cards after being accused of multiple sexual harassment claims. He worked with the 59-year-old on Billionaire Boys Club, which bombed following the sex scandal claims.

Taron said: ‘He was never inappropriate with me. There’s a fine line, though, between someone being an audacious flirt and being predatory? I thought he was the former. It’s sad his professional demise threw a shadow over our film.’