■ From cargo-hold sleeps to sulky airport robots, we reveal the latest innovations en route to planes and airports

LAST month American Airlines quietly began testing a service on selected routes that texts and emails customers in advance should their chosen flight be overbooked. Those passengers at risk of being bumped can rebook on to a different flight and will receive compensation. Does that make overbooking OK? Of course not — but it’s some consolation. aa.co.uk 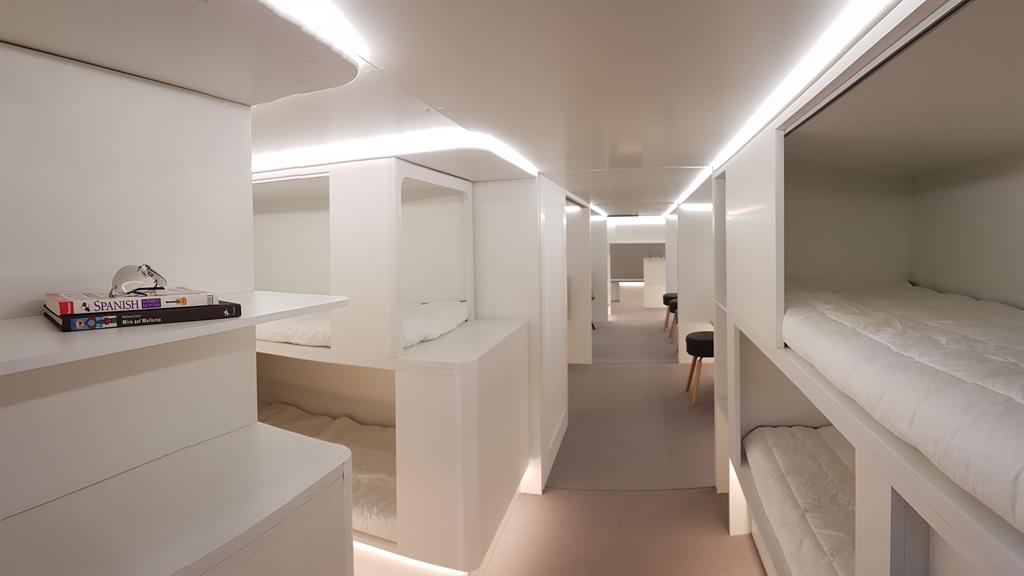 Not got a fully reclining seat? No problem — or, rather, it won’t be one for future passengers on certain Airbus A330 planes. At April’s Aircraft Interiors Expo 2018 in Hamburg, the jet-maker announced that it will begin offering lie-flat beds in lower-deck cargo holds on those aircraft as soon as 2020 — and not just on new models. Perfect for any flyer desperate for a nap, the beds will occupy mini-compartments that can be disassembled during airport turnarounds should extra luggage space be required. Australian carrier Qantas is also investigating the idea so as to offer extra relief to passengers on its ultra-long-haul flights. 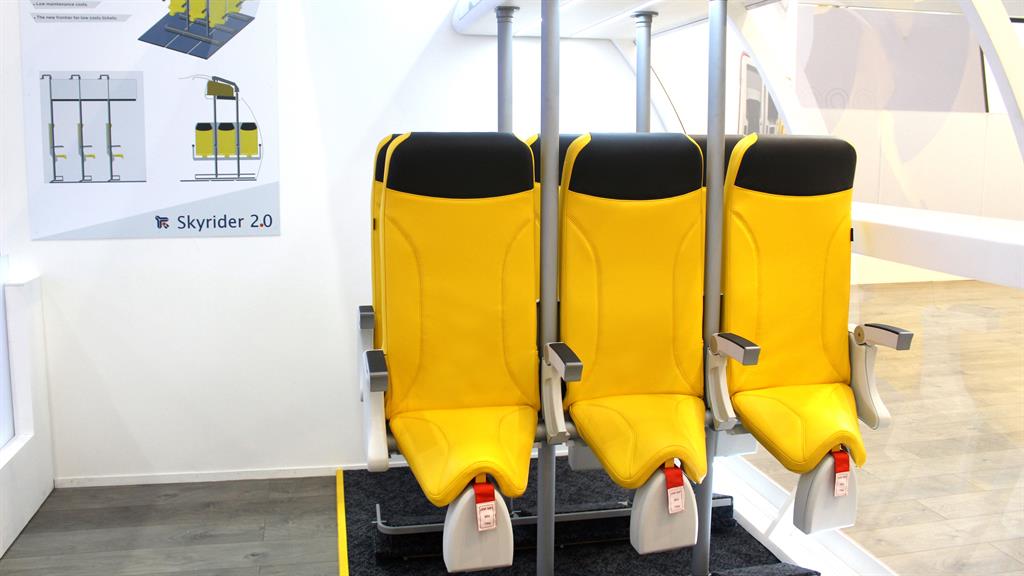 Also debuting in Hamburg was a new design for so-called ‘standing seats’, potentially bringing closer a long-mooted means to boost aeroplane capacity. Offering much comfier padding for bums than previous prototypes, the Skyrider 2.0, designed by Italian firm Aviointeriors, would see people spend most of the flight in an essentially upright position. As a result it would allow around 20 per cent more passengers on board. Rather like standing desks, the health benefits of such travel are debatable — but at least legroom will be less of an issue. aviointeriors.it 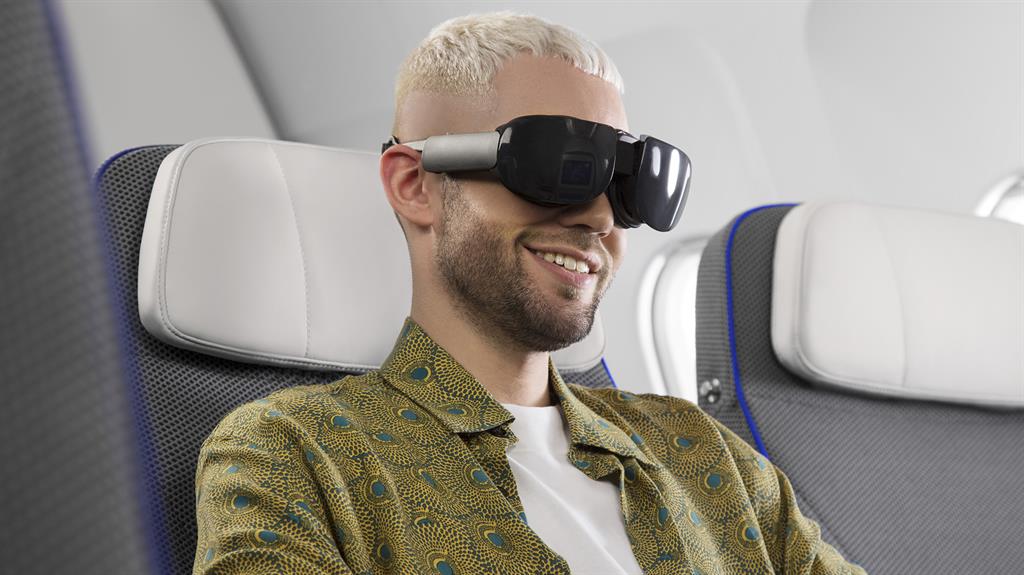 Since launching last December, Joon — Air France’s ‘new-generation’ low-cost carrier whose flight attendants don sportswear — has offered rentable VR headsets for £13.50 on all long-haul flights (airfrance.fr). With twin 1080-pixel displays and 3D-viewing capability, such goggles truly bring in-flight movies to life — even if you do look like a prat. Expect other airlines to follow Joon’s lead. 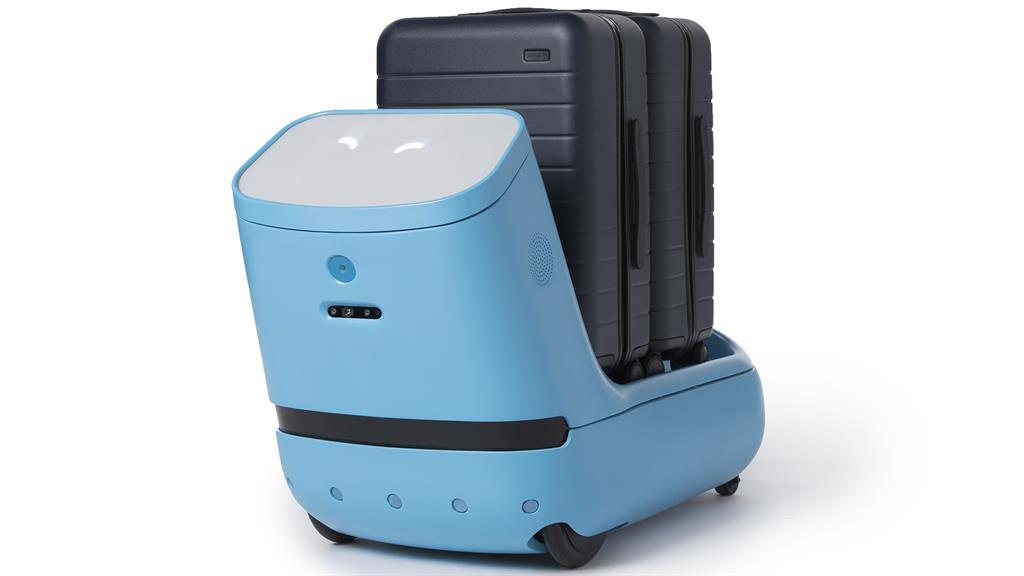 Dutch airline KLM is testing self-driving trolley-style robots that will scan boarding passes, guide passengers to the correct airport gate on time and carry luggage weighing up to 38kg. Called Care-E and due to debut at New York’s JFK and San Francisco International later this year, the androids can also get you cocktails or suggest the best store for a specific shopping need. Available once you’ve cleared security, they’ll even have personalities and are liable to act bored if you’re faffing around — sound familiar? — or show sadness when it’s time to say goodbye. klm.com

Airbus, Boeing and Rolls-Royce are all investing in the development of electric planes, while Norway is leading the way by boldly declaring that all its short-haul flights will operate without gas by 2040, having recently tested an Alpha Electro G2 two-seater by Slovenian firm Pipistrel. Just as in the motor-vehicle world, going electric decreases noise and increases eco-friendliness due to renewability. The chief problem? Due to lithium batteries’ comparatively low energy density, e-planes aren’t currently able to travel nearly as far as, or carry anything approaching the weight of, their fuel-guzzling equivalents. Improvements are constantly being made, however, and short-haul electric flights are realistic.

■ Self-cleaning seats, infused with disinfectant that kills most germs in seconds, are being patented by Chinese firm Recaro Aircraft Seating.

■ Having recently been introduced at Orlando International Airport, face-scanning technology should continue to replace boarding passes at airports.

■ Could there be an Airbnb air B&B one day? Founder Brian Chesky admitted in February that the company had ‘seriously considered a lot of things around aviation’.