■ Jo Swinson wants to revoke Article 50 and then focus on extra cash for the NHS and social care and tackling climate change. Joel Taylor and Sharon Lougher spoke to her about how the Liberal Democrats plan to make it all happen

You’ve got a firm anti-Brexit position but, with the country so divided, what sort of reception are you getting?

People have been lovely. I’m really enjoying getting out and about. People understand we have that clear position, we believe and think we’re better off in the EU. We also have this plan for a brighter future on everything from more mental health investment, tackling the climate emergency, more support with childcare which is also something people are appreciating, whatever their views on Brexit.

I find it hard to imagine a day when Brexit doesn’t dominate politics; how does it not?

I’ve got a really easy answer to that. If you vote Liberal Democrat you get a Lib Dem majority government, we revoke Article 50 and that’s it, done. Any other outcome will have us talking about Brexit for years to come because it’s just the beginning.

Politics seems polarised at the moment, what has happened to liberal Britain?

Liberal Britain is reviving and that’s why you’ve seen the Lib Dems beat both Labour and the Conservatives in a national election for the first time in 100 years with the European election result. You’ve seen a big revival in Lib Dem poll ratings and, of course, tens of thousands of new members, attracting people from the Labour Party, the Conservative Party and people who have never been involved in politics but they’ve decided that shouting at the telly is not enough.

If we do leave the EU, would you understand why the SNP might think they were justified in pushing for another independence referendum?

The SNP will push for another independence referendum if the day ends in a y. Bluntly, I don’t think Scotland is going to be at all better off leaving the UK for the same reasons why I want the UK to be in the EU. What’s interesting is it’s only the Lib Dems who are prepared to fight for our United Kingdom; the Conservatives have sold out Northern Ireland agreeing to the border in the Irish Sea, the SNP have always wanted to break up with the UK and the Labour Party are saying they’ll help them. It’s the Lib Dems saying our family of nations is important and we’re better working together.

So, in both areas you’re fighting back at nationalism?

I came back into full-time politics because I saw this threat of nationalism. I’ve seen it in Scotland, and I’ve seen it thrive in the Brexit debate.

You’ve been clear you wouldn’t back either Boris Johnson or Jeremy Corbyn as PM, but in a hung parliament and the Lib Dems hold the balance of power, what would you do?

We’ve got a Labour party led by Corbyn that’s moved to the hard left, a Conservative party led by Boris Johnson that’s gone to the hard right and I’m not going to support either of those individuals. I genuinely believe I can do a better job. I meet so many people who cannot believe they’re being offered this Johnson and Corbyn choice and want something different.

You’ve admitted that, while in coalition, mistakes were made; what were they and what have you learned?

There are things we should not have let through — the Bedroom Tax is a good example of that. We were new to government and learning from that experience is important and I certainly have. And we did achieve a huge amount — same sex marriage, more money for the poorest pupils at school — so I think we can learn from the positive things as well as what we got wrong.

Would you reverse the Bedroom Tax?

Absolutely. Equally, on Universal Credit, this ridiculous five-week wait, it should be five days not five weeks.

Another policy you’ve presented is this skills wallet, £10,000 of funding which people could access over their lifetime. How would it work?

This is all about helping individuals shape their future, recognising learning doesn’t stop when you reach 18. When you think about the world that we’re equipping young people for, it’s changing so rapidly and the need to reskill and retrain is there so it’s about having a chunk of cash going into an account at the age of 25, 40 and 55 so that throughout people’s career they’ve got that resource to choose the change they want to make.

You’ve pledged to tackle the social care crisis, what do you intend?

We would raise a penny on income tax which will go towards the NHS and, also, there would be additional funding for social care. We also need to create cross-party consensus on social care. But, at the moment, our social care and NHS rely on people who come here from other countries, including the EU 27. We’re already seeing 5,000 fewer nurses from the EU 27 and that’s in the context of having 40,000 fewer nurses that we need. The idea that we pull up the drawbridge and starve our NHS of vital resource seems ridiculous.

You have a young family; what sort of change is needed in the workplace to help mothers and fathers juggle the pressures of work and family?

I’m delighted you talked about mothers and fathers because it’s really important that parents are able to play their full role as parents and also in the workplace and this does affect men and women. We would make flexible working the norm rather than an exception, unless there are business reasons why that wouldn’t be the case.

I know you went down with your family to the Extinction Rebellion protests; what did you think?

I took my oldest son Andrew, who is five. It was the most polite protest ever. We went to Marble Arch. They had a family tent and we chatted to people. Looking at the climate emergency, it’s essential we listen to young people. They don’t get a vote, but their voice should be heard. What Extinction Rebellion has done is elevated this up the political priority list which is hugely important. You look at what the scientists are saying, we need this action now.

Back to Brexit; as you’re going around the country what one thing do you wish we could focus on instead of being distracted by Brexit?

Mental health. I was really struck by a conversation I had with children at a school last week. It’s heart-breaking when you hear teenagers talking about suicide attempts they’ve had, really difficult times in their lives, that the help they need hasn’t been there. It’s not ok at any age, but when you’re talking about a child where the proportion of their life they’re having to wait at that formative time, we just have to do better. 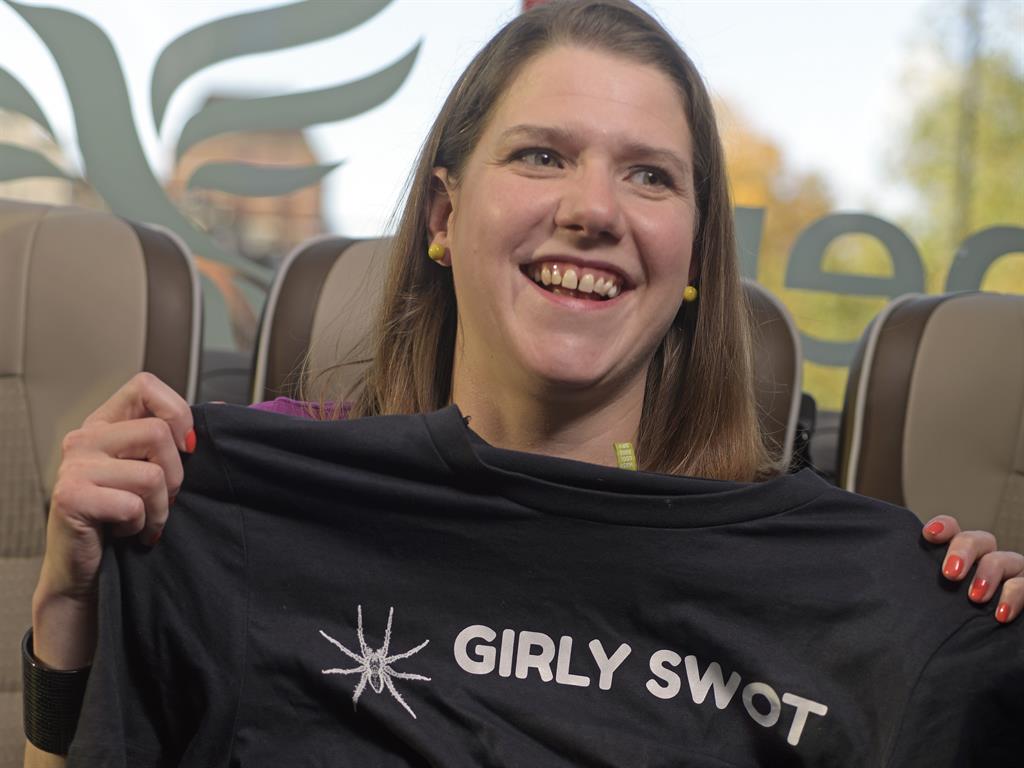 You’re 40 in February — how are you going to let your hair down?

Ha ha! I have to say [first] I’m looking at a 12th of December election and wondering when I’m going to do my Christmas shopping!

What’s the best and worst thing about being such a young party leader — you’re technically a millennial, aren’t you?

Well, it depends on your definition of a millennial — I’ll happily take the definition because as you say I have a big birthday coming up! When I was first an MP, I was 25 and I went into schools and I genuinely felt that there weren’t that many years between me and the sixth-formers. Now I’m like, yeah, I’m really in a different generation! But in politics you’re still young, so that’s always quite good. But people make assumptions based on age.

As a child of the 1980s, have you caught any of Stranger Things?

I have not. As a teenager, Friends was the series I loved. I liked Rachel. I did LOVE the Rachel haircut but I didn’t have it — I don’t think my hair would do it. I have to say I did make my husband Duncan watch all of Friends when we started going out. We did a marathon. It took us quite a long time, obviously.

Is it true that your first dance at your wedding was Better Together by Jack Johnson?

Yes! It wasn’t a political message — it’s a lovely song, the lyrics are beautiful. We got married in 2011, so it was long before the slogans and all of that.

Any other musical obsessions?

When I was about 13 I was big into Take That. Proper, like, every inch of my wall covered. And my bedroom had sloping ceilings, so you had to do quite a lot of cutting out of strange shapes to get it properly covered.

Which one did you fancy? 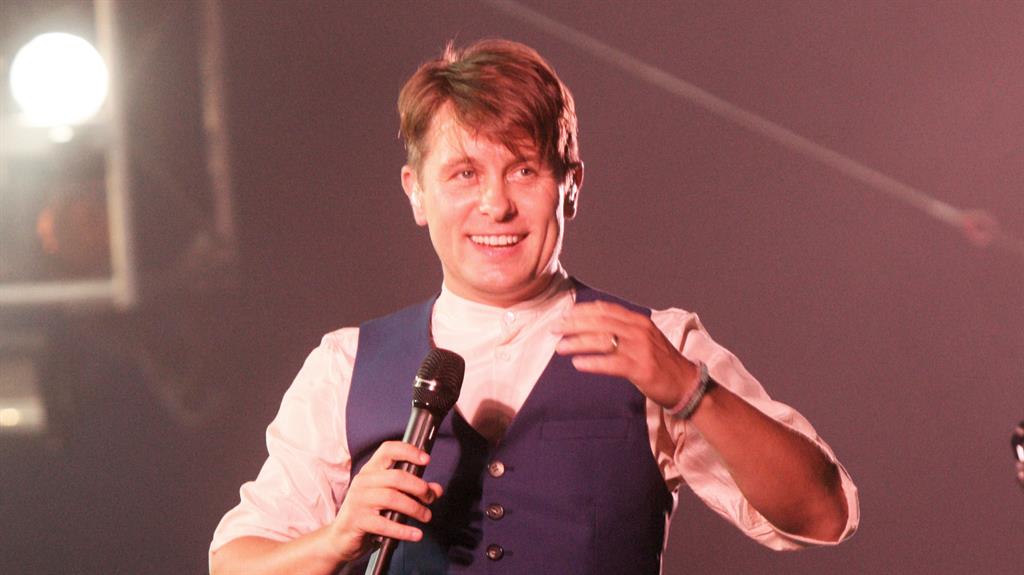 At the time, because Mark sang it, I really liked Babe. But I don’t think objectively that’s AT ALL the best. The later stuff was much better. I have seen them live — there was a time, I think it was 1993 or 1994, where I went to the same concert at the SEC in Glasgow three nights in the row, with my hair in bunches, TT on my cheeks. I did see Mark Owen a few years later when I was working in McDonald’s in Glasgow — he ordered a milkshake from one of my colleagues. Do you remember when he went through that Green Man album phase? He had hair that… I have to say it kinda ruined it for me. I didn’t fancy him at all.

What can’t you live without on your campaign bus?

It’s currently taking you to a boxing gym — which party leader would you most like to go ten rounds with? 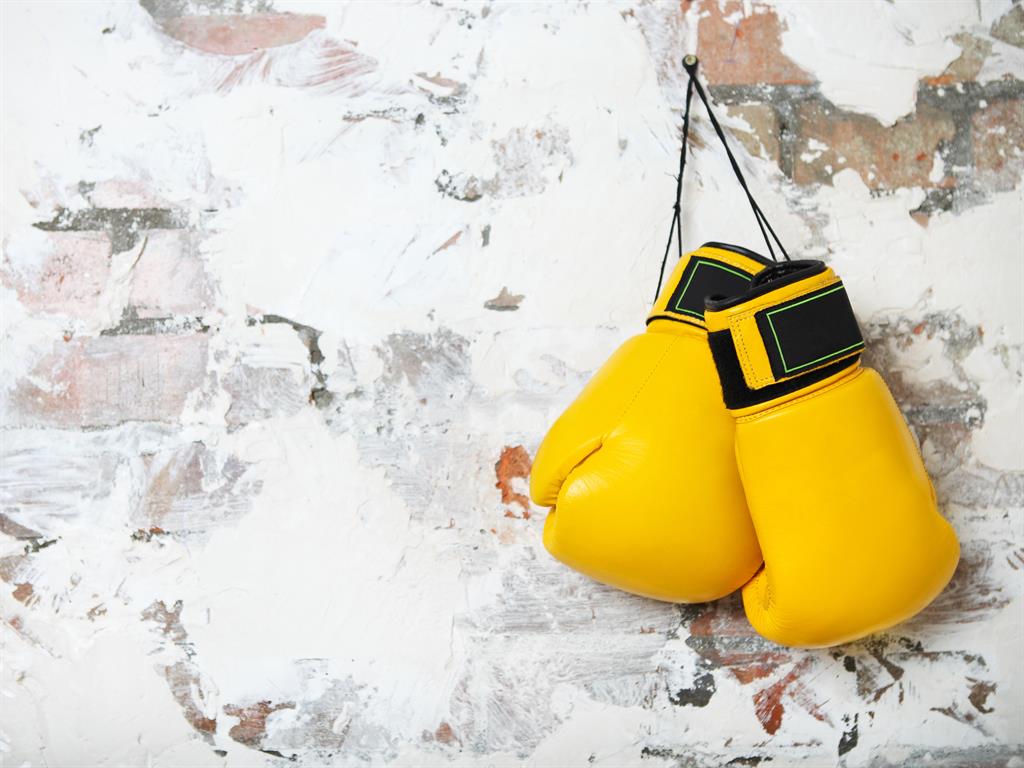 You commute a lot between London and your Scottish constituency of East Dunbartonshire — have you ever had a good night’s kip on the Caledonian Sleeper?

Yes, I have! You know you can get whisky on it?! I like a single malt.

If England played Scotland in a sporting event, who would you support?

Scotland. That said, I’m not a big sports spectator. I would be supporting Scotland, I just might not always have it on the telly.

This is a Christmas election — any unusual festive traditions in your house?

I cannot wait till we get to the fairy lights section of it. But I think that’s the first of December, because I do think there’s a time that’s too soon. I don’t know if I have any unusual traditions — but we do leave out mince pies and whisky for Santa. I don’t do the cooking — I’m rubbish at cooking.

You graduated from the LSE with a first, aged 20 — would you wear a Girly Swot jumper like Steph McGovern?

I’m tempted to wear it at the boxing today! [pulls it out from the seat next to her] It’s even got the spider brooch!

Would you want your children to go into politics?

I want them to do anything that makes them happy and that they care about. At the moment, for my son Andrew that will be something transport related, though he was totally into being an astronaut until Christmas last year, when my sister got him some freeze-dried astronaut food, and he didn’t like it, so he said: ‘I’m not going to be an astronaut any more.’