‘THE most desolate place on Earth’ is how Mary Shelley described Chamonix’s Mer de Glace Glacier in her diary in 1816. In fact, Frankenstein’s author found the ‘Sea of Ice’ so bleak and foreboding she used it as the setting for her infamous monster to meet his creator. I’m here 200 years later, having lunch at the new Panoramique restaurant that overlooks the seven-kilometre glacier with its waterfalls and vast grey scree stretching for miles. I disagree with Ms Shelley: all the superlatives in the world couldn’t do this view justice.

I’m in the French Alps staying at the new Refuge du Montenvers, a hotel that — as far as location and pedigree go — takes some beating. It was built in 1880 at around 2,000m to cater for the newly emerging pastime of mountaineering but sat abandoned in recent years until Terminal Neige, the youthful offshoot of posh French hotel brand Maison Sibuet, took over.

Inside, it’s a mix of suites, rooms and, true to the building’s humble, refuge roots, an attic dormitory with beds from £71 per person per night in low season. That includes breakfast and a three-course dinner. It’s a well designed operation filled with luxe climbing lodge decor (lots of handsome leather, wool and dark wood) and is wonderfully, scarily remote. There are no roads, everything — from guests to teabags — gets here via a 20-minute funicular train ride from Chamonix.

My morning starts with homemade granola, pain au chocolat and plenty of coffee before a 430-step stroll down from the refuge to the Grotte de Glace, an ice cave that is carved out each year to allow visitors to venture inside Europe’s longest glacier. The ice moves about a centimetre an hour, or 90m a year, and now, sadly, having lost 65m of depth over the last 20 years alone, is widely cited as one of the starkest examples of climate change.

Still, it remains spectacular. And if you get here like I did around 9am, before the first train and cable car passengers, you can stand in silence inside its eerie, blue tunnels. Back in the 18th century people were scared of these valleys, believing the Alps to be inhabited by monsters and dragons and I can see why. Until 1741, the only people who used to come this high were shepherds and crystal hunters. Then two British explorers hiked here and christened it the ‘Sea of Ice’. Their tale ignited a European fascination with the Alps with writers such as Shelley, Byron, Victor Hugo and Alexandre Dumas all paying the Montenvers area a visit. 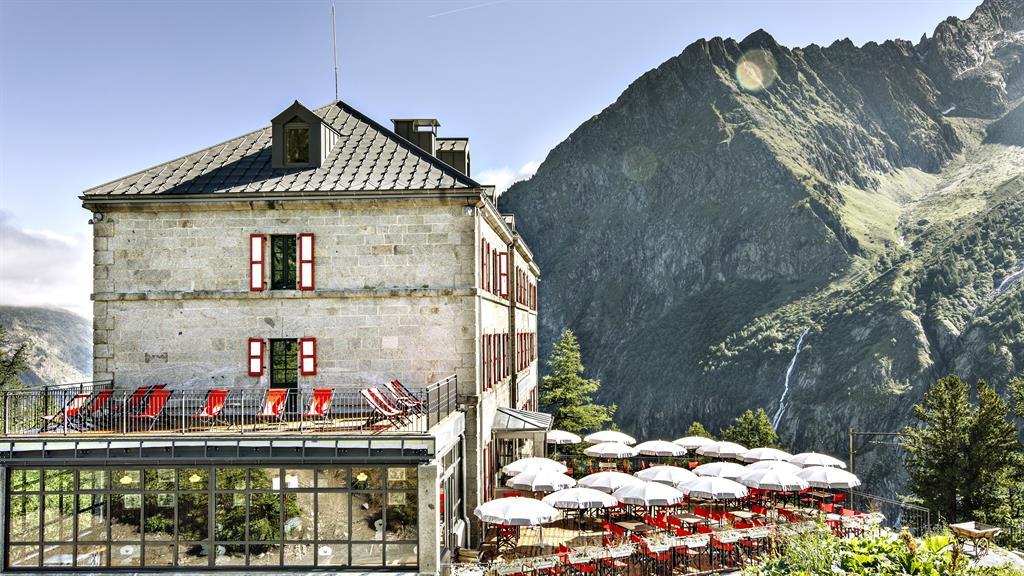 Back at Panoramique, I feast on Savoie specialities such as beef cocotte casserole (£22) and a charcuterie and cheese board (£19).

Fortified, it’s time to follow in the footsteps of my compatriot forefathers with a brisk walk, so I take off on one of four trails from the refuge, up the mountain. The route is well signposted and, the higher I get, the more jaw-dropping the views, with the air, the huge skies and the wildflower meadows making the whole thing feel incredibly jolly and Sound Of Music-esque. 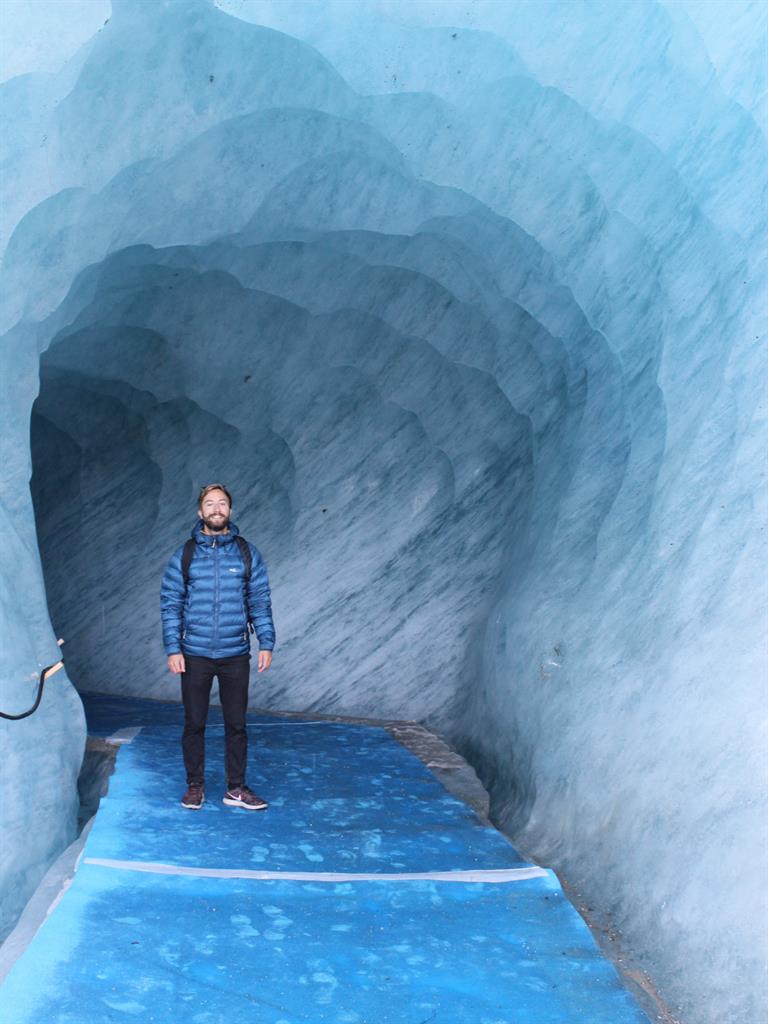 If you feel that tra-la-la-ing your way around the valley’s 350km of marked trails sounds a bit vanilla, rest assured there are other adrenaline-packed options. Hiking season generally lasts from May to mid October, while skiing is possible from December to April. There are no slopes but you can ski the 23km from the Aiguille du Midi cable ski station underneath Europe’s highest mountain, Mont Blanc, down the Vallée Blanche and on to the Mer de Glace Glacier all the way to Montenvers for a well-deserved lunch. It’s off-piste so only experienced skiers should attempt it. Much better to hike the surface of the glacier in both summer and winter from Montenvers railway with a guide and reward yourself with some great grub.

Speaking of which, yup, I’m back in the Refuge’s conservatory dining room, watching the sun set as I feast on pork and mushroom pâté, onion soup, diot sausage, fondue and a bottle of thick, red Mondeuse wine.

Later, after a shot of Genepi, an alcoholic digestif made with Alpine flowers, I creep outside hoping to glimpse goats. I’m out of luck but with the last train passengers gone, it’s just me, the hotel’s resident husky Mayla, and a few thousand stars.

Dormitory beds from £72 on a half board basis, refuge.terminal-neige.com

Return flights to Geneva from £123 with easyjet.com