WHEN Alex Christou returned home and found his brother Michael ripping out the fireplace of their new apartment in Mayfair, he could have been excused for feeling slightly perturbed.

It was their first flat, in prestigious Portman Square, and the brothers had saved hard to buy it. But they’d also agreed that the dreary and outdated apartment needed changing, and within four months they had reconfigured the entire flat.

‘When we bought the flat, everyone else thought it was awful,’ Alex recalls of that purchase, nine years ago. ‘But when it was finished, they all loved it. Then they started asking whether we could do the same thing for their properties. That’s really how the business was born.’ 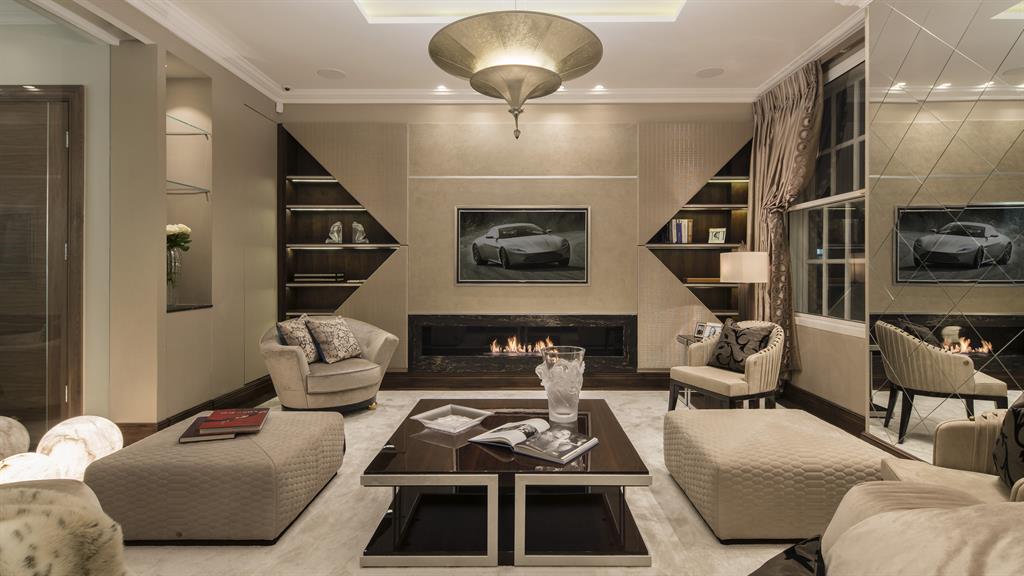 The brothers were steeped in property from childhood. Their grandfather, also called Michael, had set up a commercial refurbishment company in Surrey in his youth, and had more than 40 years of experience.

After studying at Eton, and reading economics at UCL, Alex followed his grandfather into the luxury property market and became an analyst for a Qatari Sovereign Wealth Fund. Michael on the other hand, also a former Etonian and UCL graduate, flew off to Los Angeles, chasing his dreams of becoming a singer-songwriter.

Fast forward and the pair are co-founders of 1.61 London, a luxury development and interior design company that has refurbished everything from a 4,500sq ft Belgravia mansion to a modernist triplex warehouse in Shoreditch. They’ve designed the interiors for a 75-flat apartment block, and are currently working on a 12,000sq ft roof terrace in Kuala Lumpur. 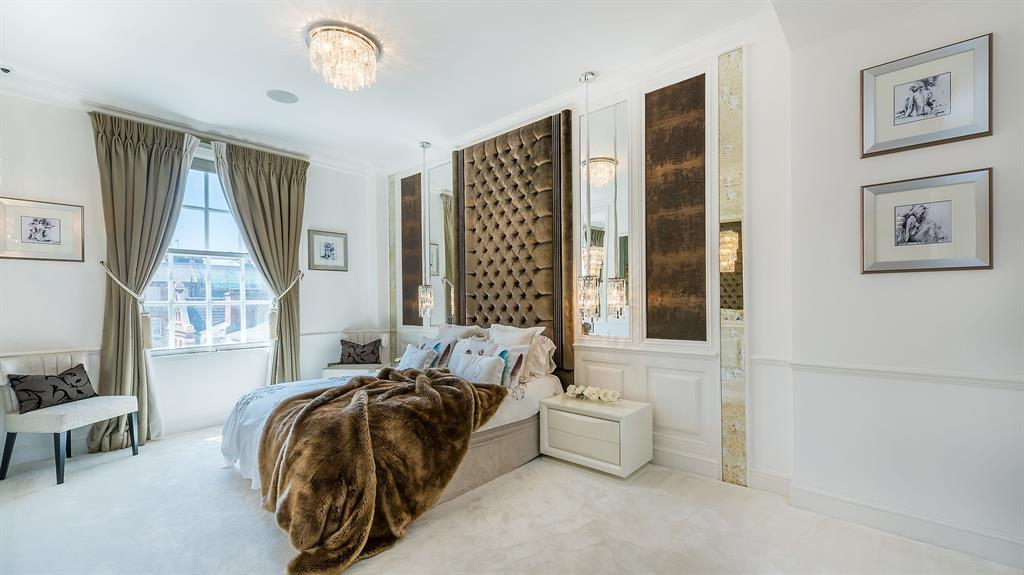 Today I’m visiting their showcase — the award-winning apartment they share in Mayfair, set in a former office block, where every bespoke inch reveals the detail and imagination they inject into their projects.

The brothers pulled down every interior wall — around 20 of them — to create a living area that feels open plan (it’s actually divided with cleverly placed glass panelling and glass doors). There’s a discrete corridor leading to two large and opulent bedrooms, each with magnificent marble en-suites, while a third bathroom boasts slim vertical panels in mother of pearl, tiles, metal and an antique mirror. All tap fittings in the bathrooms and kitchen are designed by Grohe.

The grandeur of the fabric and fittings could be overwhelming. But this is a triumph of style and function, blending spot and LED lighting, recessed ceilings, bespoke modern chandeliers, and panels of antique mirrors, which sit seamlessly next to polished plaster walls, metal effect wallpaper and lush silk curtains. It’s an uber-smart home too, so everything works at the touch of a button, or by command to Alexa.

The bedroom areas are carpeted in cream silk, while the living room floors are herringbone and arrow-patterned oak stained parquet. There’s exquisite marble in the entrance hall, foyer and the bathrooms. In the kitchen, backlit onyx panels change colour with the light, the cupboards are a combination of black glass (upper) and ostrich feather painted and lacquered panels (lower), which sit next to gleaming liquid metal doors.

The range of textures here is astonishing. But this is one of Michael’s trademarks. ‘When I was writing music and singing, I was always told ‘‘you can’t mix this’’ or ‘‘you can’t do that,’’’ he says. ‘But very often I could. The same applies to design. The more textures you choose, the easier it is to fit and create a seamless style with no joins.’ Serious structural work went on, too. When they bought the flat, the ceiling height was 8.5ft, but by redirecting plumbing the brothers extended it to 10ft. By ripping out panelling, they increased the size from 1,500sq ft to 1,750sq ft.

‘Michael has a great eye, but he is really good at deconstructing things and understanding how they work,’ Alex explains. ‘I think he’s a genius.’

The man who so inspired them — their grandfather Michael — saw the property they have so dramatically transformed just before he died.

‘What we’re doing is to carry on his legacy. Our aim has always been to make him proud,’ Alex says. ‘In this apartment we think we’ve done that.’