You are to discuss online child sexual exploitation with tech giants in the US. What do you hope to achieve?

A couple of months back, I gave a speech that one of my missions as home secretary is to do a lot more to tackle child sexual exploitation (CSE). That includes online. When I first visited the National Crime Agency, I was astonished by the scale of abuse, particularly when they told me there’s 80,000 paedophiles online in Britain.

There are daily abuses online, real abuses, as bad as if they had the child in their own bedroom. And when the NCA officers described live streaming, where someone could be in Manchester on their computer, having the child abused in Manila by criminal gangs, they can order what child they want, what age, what hair colour, what gender — it just sounded horrific. I’m going to see Facebook, Google, Whatsapp and others, and challenge them to do more. Since last year’s terror attacks, tech companies have upped their game. Why can’t we use the same tools for something else?

This visit is the result of not seeing enough action since giving your speech?

I’m still waiting for real concrete action. I’ll be saying ‘look you knew I was coming out here and I hope there’s going to be good news’. If there is, they haven’t told me so far.

What sanctions could happen if companies don’t do enough?

One of the reasons I’m having this trip is to see how far we need to go. I’m concerned that the law isn’t as quick moving as companies. And I fear companies do the minimum they need to comply with the law. If they were doing it voluntarily, they could go above a minimum threshold.

The Home Office is looking at ways computers can do the job of police officers who have to do the awful job of going through abuse images; how far has the department got with this?

That’s right, we have invested in developing a new artificial intelligence tool to grade the severity of child sexual abuse material. Not only will this help bring offenders to justice, it will also tackle the significant psychological pressures placed on officers.

You were criticised for mentioning ‘Asian’ paedophile gangs in a tweet. Do you think your own heritage gives you a greater opportunity to challenge this problem?

We know that perpetrators come from all ethnic backgrounds but, in recent high profile convictions involving cases of group- based CSE, the overwhelmingly majority have been people of Pakistani heritage. This is why I’ve ordered an investigation to look at any links so we can address the issue head on. Shying away from discussing race will play into the hands of the far-right. As a British Asian, I don’t want far-right thugs to feel emboldened because we have failed to challenge these crimes.

Do you fear that lack of resources in the prosecuting system will thwart efforts to tackle this issue?

These are quite complex crimes so it does require resources, and that’s why I increased funding, but it’s something I always keep under review to make sure we’re matching resources with demand.

Is the Home Office considering any urgent action to tackle knife killings?

Any death on our streets has a devastating impact on the families involved, as well as the wider community, and my thoughts are with all those whose lives have been affected by the recent incidents in London.

The rise in serious violence is an issue I take extremely seriously as home secretary and one we are tackling head on. Firstly, we are ensuring police have the powers they need to get weapons off our streets, and we are putting a strong focus on early intervention to ensure young people don’t get drawn into a life of crime in the first place.

I’ve committed £200million of funding through the Youth Endowment Fund to help this. I’ve also announced a public health approach to tackling the issue and have launched an independent review into drugs misuse — one of the main drivers in the rise of violent crime.

I would also urge the Mayor of London, Sadiq Khan, to stop playing politics and work with government to prevent losing any more young lives unnecessarily.

The mayor is responsible for deploying police funding and setting policy to tackle crime. We should be joining our efforts to have a laser-like focus on knife crime.

As well as the mayor, senior police officers have complained that forces are over-stretched. Do you agree with National Police Chiefs’ Council chairwoman Sara Thornton that classing more incidents as hate crimes could distract from tackling violence?

Sara is a very accomplished police officer. When someone like her speaks, we should listen. That said, it is for local police and crime commissioners, working with their chief constables, to set what their local priorities are.

I oversee 43 forces — for me to tell 43 forces what their priority should be, would be a bit ridiculous in terms of I’m not close enough to what they’re concerned about on the ground, day in day out.

The second thing is that, when it comes to hate crime, the Law Commission is reviewing whether there needs to be changes to the law on hate crime.

Their job is to enforce the law that has been established by Parliament.

Last week George Osborne said it was a mistake when he was in government to have the annual net migration target of 100,000. Presumably you think he’s wrong?

But also, as we now leave the EU, we have a unique opportunity to completely redesign our immigration system.

I’m in a privileged position to be able to do that.

Sharon’s quickfire corner… Ali, MI5 and days out in Bromsgrove

BBC show Bodyguard put the role of home secretary dramatically in the spotlight — did you watch it?

Yes I did. I thought it was great entertainment. But it did mean that, after I did a speech, the very first thing people would ask me is ‘What’s your code name? Is it Lavender? Have you got a special adviser with a silver briefcase and are you frightened of them?’ Things like that.

Are you a fan of spy thrillers, given that MI5 reports to you? Or is watching a Le Carré a busman’s holiday?

I’ve always been a fan of spy thrillers and James Bond. The risk those people at MI5 and MI6 take for their country… the work they do, is incredible. If you look at the Salisbury attack, six/seven months later we knew who did it, as in individuals and the country, how they did it, where they stayed, we’ve got photos and everything. Can you imagine any other country knowing all of that in six months? We had 400 detectives on it, 1,200 hours of CCTV footage, 400 statements taken, MI5, MI6, GCHQ, counter-terrorism policing, local policing, all working as a team.

So do TV shows such as Hunted annoy you, because they’re pulling the curtain back on surveillance techniques?

No… once the public understands what can be achieved by our law enforcement and our agencies, it’s actually a good thing to be open when you can. 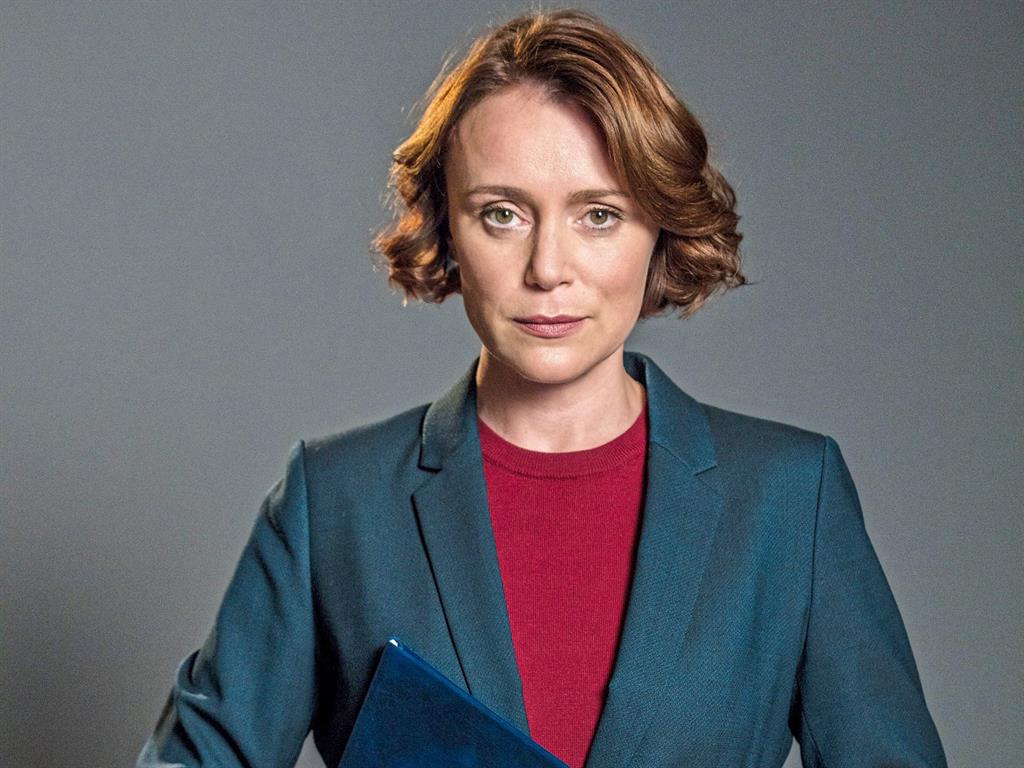 If I was going to be a tourist for a day in your constituency of Bromsgrove, where should I go?

I thought you were going to say Tory for a day! You’d be welcome! First of all go and see St John The Baptist Church, one of the oldest churches in the country. Then go to the Clent Hills and walk in beautiful National Trust land. You won’t be short of any really nice Worcestershire pubs to eat and drink in. You can go to the theatre, and you can meet the local MP who’s a great person!

You have a portrait of Churchill on your Home Office wall. What posters did you have in your room as a child?

Now you’ve taken me back! I had Muhammad Ali. At the time, it wasn’t for political reasons, more that I thought he was an amazing person. The first political poster I had was probably of Nelson Mandela. At one point, at university, I had Nelson Mandela and Margaret Thatcher.

Naughtiest thing you did as a child?

I’ve been naughty in my time as a child. My parents both used to work all day. I’d come home from school and my parents wouldn’t get home until 7 or 8pm. So we’d be left on our own. I went across a railway track when I shouldn’t have. I was about six or seven. That’s probably the naughtiest thing I’ve done and I wouldn’t recommend it to anyone. If I heard one of my children did something like that I’d be utterly furious.

What’s your ideal day off like? How do you unwind?

My kids. I have four wonderful children — three girls and a boy. Do they run rings around me? The two younger girls do, unfortunately. We like doing anything from going out walking the dog, going to the park. Treats often involve food. They all like to go out and get ice cream.

Your wife is Christian and you’re from a Muslim background, though you’re non-practising — any unusual Christmas traditions in your house?

Theresa May sashayed out to Dancing Queen before her speech at the Conservative Party conference. What would your walk-on conference tune be?

I have a favourite song but I don’t know if it’s a walk-on tune. My favourite song is Big In Japan [by Alphaville]. I absolutely adore that song. I listen to it once a week. From the first moment I ever heard it, which is probably when I was about 15, 16. For a favourite band, it would probably be U2.