A-LIST celebrities were accused of hypocrisy last night after taking a fleet of superyachts, expensive cars and private jets to a top-secret climate change conference in Sicily.

The event — where Prince Harry reportedly delivered a speech about saving the planet in his bare feet — was hosted by Google founders Larry Page and Sergey Brin for the world’s wealthiest business leaders and tech gurus.

Buckingham Palace refused to confirm Harry’s attendance or whether he flew in one of the 114 private jets seen landing at the annual Google Camp.

The guests were ridiculed for gathering to discuss this year’s theme, the environment, while leaving a considerable carbon footprint.

US politician Elizabeth Heng tweeted: ‘How ironic. For all this talk about saving the earth, 114 private jets chartered to attend this conference. Eliminating carbon footprint, eh?’

Another Twitter user labelled participants the ‘Greenerati’ while a third added: ‘Is there anything more hypocritical than a bunch of rich people flying their private jets across the world to sit on yachts and discuss the future of our planet?’

One of the yachts was the Rising Sun, owned by music executive David Geffen, who posed on the deck with Orlando Bloom, his fiancée Katy Perry, restaurateur Janet Zuccarini and rocker Robbie Robertson.

The three-day gathering at the Verdura Resort finished on Wednesday with a concert from Coldplay’s Chris Martin, who performed on a stage built into the base of the ancient Temple of Hera in nearby Agrigento. 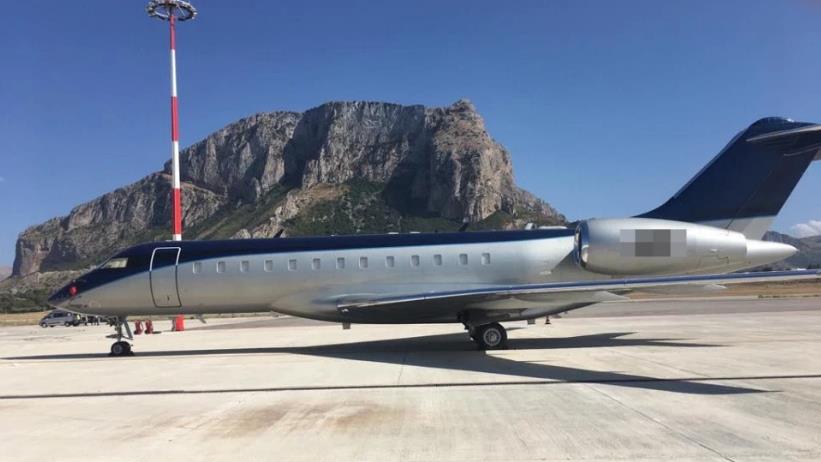 Other guests — asked to sign non-disclosure agreements — included Harry Styles, Nick Jonas and wife Priyanka Chopra, and Naomi Campbell. Barack Obama was also invited but it was not known whether he accepted.