AN ADORABLE puppy has shown remarkable powers of endurance by bounding back from having her front paws chopped off by cruel abusers.

Tally, a shar pei cross, was found chained to a tree stump in Romania.

She was unable to stand because of her injuries — but immediately began wagging her tail when the person who rescued her approached.

And after being brought to the UK by a charity, the pup is refusing to let her disability get her down. She can jump up on the sofa at the home of her foster mum Karen Harvey in Ayr, on Scotland’s west coast, and manages to get about in the garden. She loves to play with Ms Harvey’s grandson, nine-year-old Tyler Roach. 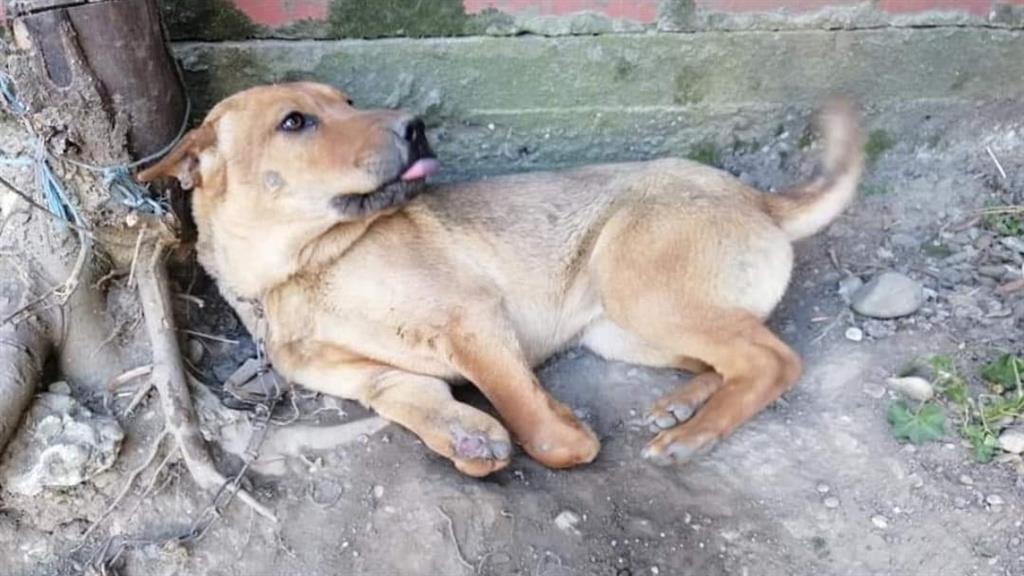 Shar Pei Rescue Scotland now hopes to raise £10,000 to buy her new paws. ‘Tally is only around 15 months old, that’s why we want to get prosthetics for her,’ said Ms Harvey, 48. ‘The imbalance is putting pressure on her spine — she will end up getting arthritis. Tally is such a loving girl. She just wants to cuddle and play.’

Tally was about eight months old when she was found in a town outside Bucharest. Gina McCallum, from the charity, said it took about six months to get her here and she has cost about £2,000 so far. ‘Shar pei are out of fashion,’ she said. ‘A lot of breeders are just dumping them in kill shelters, or abandoning them in the middle of nowhere.

‘The vet who treated Tally had never seen anything like it. Her bones had become infected. But she’s the happiest dog on the planet.’ To donate see sharpeirescuescotland.net.