ENGLAND’S group decider against France on Saturday has been cancelled due to the approach of Super Typhoon Hagibis.

Each team will take two points from the abandoned Pool C showdown at International Stadium Yokohama while New Zealand’s encounter against Italy in Toyota City has shared the same fate.

Still under review, however, is the critical meeting between Scotland and Japan which is also being staged in Yokohama.

If that game does not go ahead, the Scots will be automatically eliminated while the tournament hosts reach the quarter-finals for the first time. The Scottish Rugby Union has released a statement demanding the match be played under contingency plans.

Scotland head coach Gregor Townsend urged the Rugby World Cup organisers to do all they can to ensure Scotland’s match with Japan goes ahead on Sunday despite the threat of Super Typhoon Hagibis.

The Dark Blues head coach (pictured above) said: ‘We believe the game hasn’t been cancelled because the weather forecast is much improved for Sunday.

‘It looks like the game will be played and that’s what we have to keep faith with.

‘They have made the call with a lot of certainty and a lot of confidence that the game will go ahead on Sunday night.

‘I would hope that everyone who is involved in the tournament would want the game to be played and that they will do all they can to ensure that it is.’

Hagibis has been described by the Japanese Metrological Agency as ‘violent’ and has the capacity to cause widespread destruction around the Tokyo region.

Satellite images of the extreme weather event displayed at World Rugby’s press conference revealed it is the size of Japan and shows no sign of deviating in its path or decreasing in magnitude.

World Cup tournament director Alan Gilpin (pictured below) stated that the governing body’s hand was forced by the danger posed by the Category 5 super typhoon, which is on course to hit mainland in the early hours of Saturday. 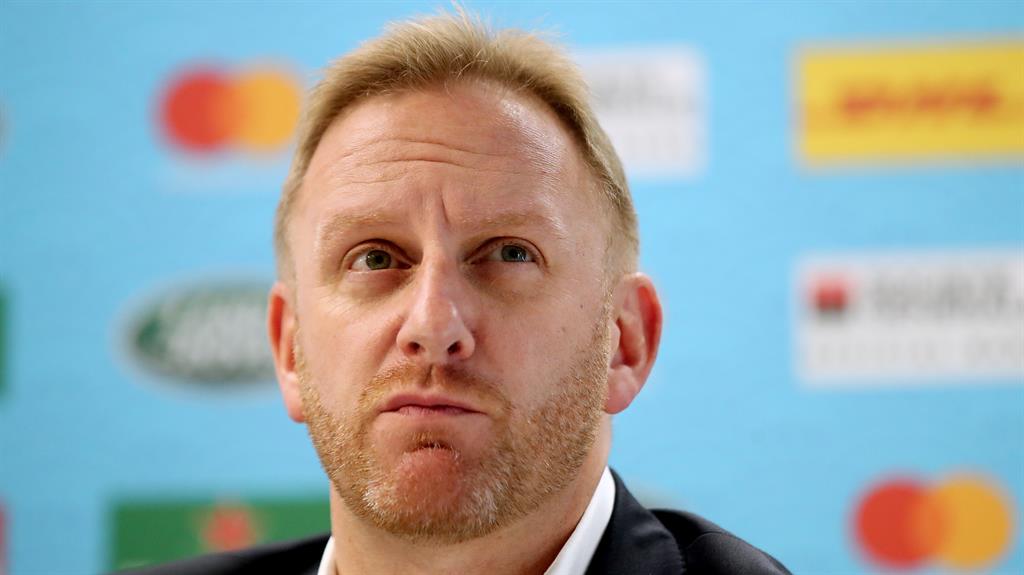 ‘As a result of this independent advice, we have taken the difficult and right decision in the affected areas.

‘As you can imagine the decision has not been taken lightly and is in the best interest of safety as a priority,’ he said.

England are now heading to Miyazaki — the setting for their pre-tournament camp which is on the same island as Oita — knowing they and France had already qualified for the last eight. 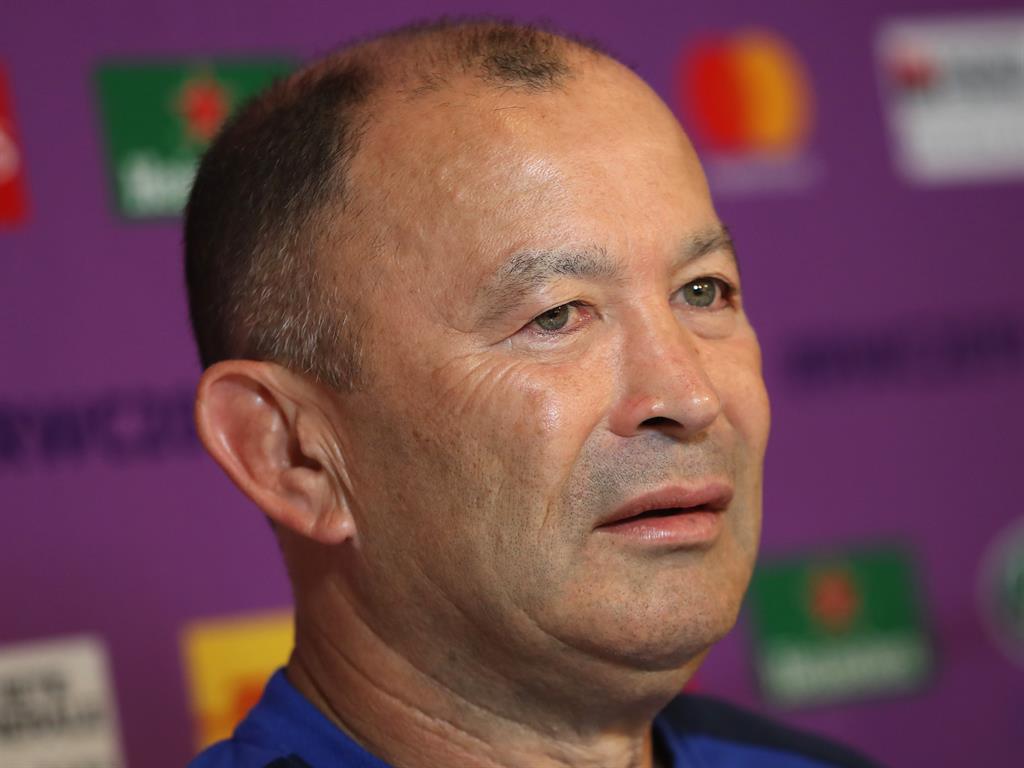 Coach Eddie Jones (above) said: ‘I think the Japanese have a saying — shogun-hi — we can’t control it. It’s not something you can control. This is the situation.

‘I think it’s a wonderful World Cup. You can’t help typhoons, we would all like to think we’ve got the power above and beyond what’s on the world at the moment, but we don’t and these things happen and you just ride with it.

‘We are excited about the prospect of having great preparation for the quarter-final now.’