THE sunshine’s bright as I wake up to a slight hangover and a couple of donkeys. At this hour I’d normally be nursing a double espresso on the Tube but up here in the hills of Andalucia, I’ve already done my first yoga class of the day and I’m ready to hit the breakfast buffet — I’ve just popped over to say good morning to the animals first.

While others are putting themselves through dry January, I’ve signed up to do a wine and yoga retreat instead. That may sound an odd combination but this is less about drinking and more about appreciation.

The brainchild of German-born Esther Mercedes Jürgens, who has a WSET diploma in wines and spirits, Vino And Vinyasa is the first yoga and wine retreat of its kind, and it’s held at Suryalila, a retreat centre and working farm on the edge of the Sierra de Grazalema park, where it is surrounded by nature and beauty. 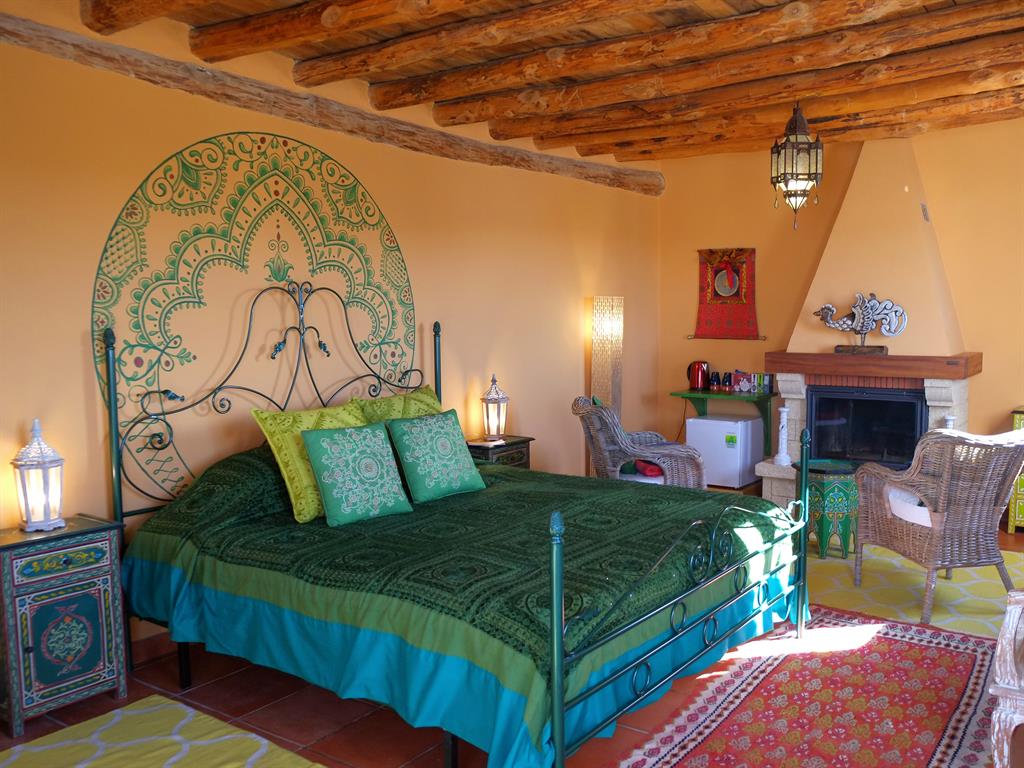 Each morning after breakfast, the four of us on the retreat convene in one of the farmhouse front rooms, while Esther talks us through the selection of labels she’s chosen for us to taste that day, moving through whites, reds and sparkling wines to end, on our final day, with sherries such as Fino, Manzanilla, Pedro Ximenez and Oloroso. Over the course of the week, we learn to appreciate the myriad colours, flavours, aromas and textures of Andalusian wines, as well as their food pairings.

The health-giving properties of wine — enjoyed in moderation, of course — are well documented. ‘The antioxidants and polyphenols have been proven to be good for you,’ says Esther. ‘But, really, a glass a day should be the limit. And even then, not every day.’ 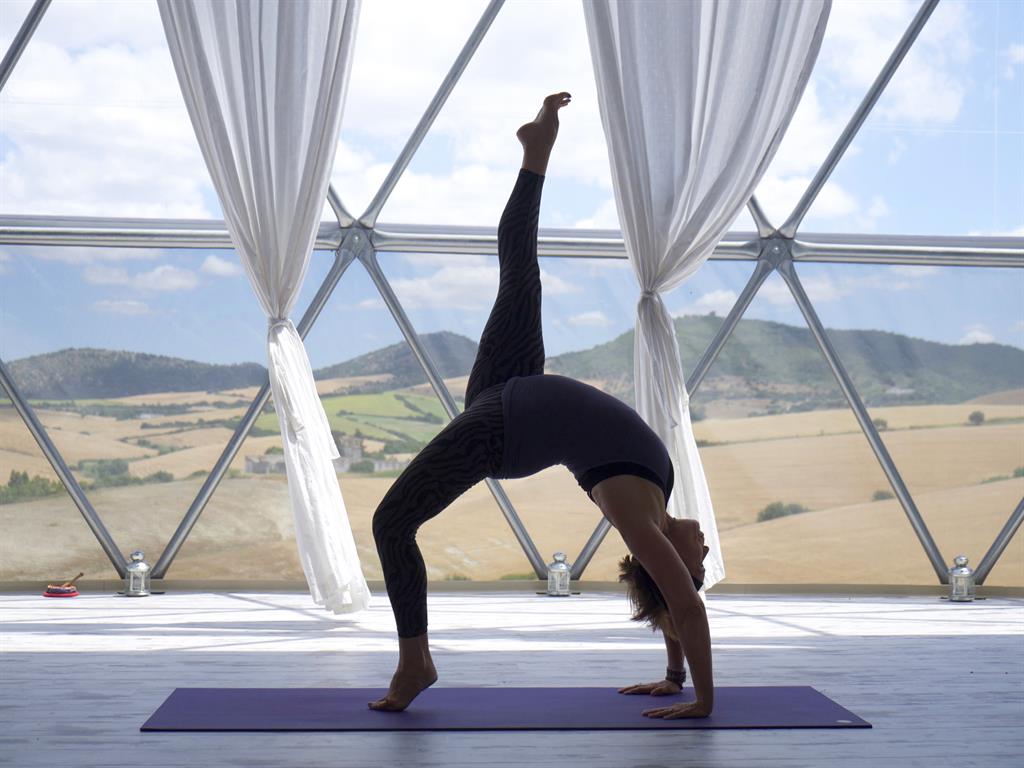 I admit, I have to skip a couple of the morning yoga classes as a result of over-eager sampling, and fall asleep in one of the afternoon restorative sessions. But if you can’t relax here, you can’t relax anywhere.

The food at Suryalila is a real highlight — all home-made, vegetarian and plentiful, and usually hailing from the organic garden or its surroundings. My fellow guests range from a group of Spanish ladies to solo travellers here for the horse riding and yoga. There’s a nice mix of nationalities, male and female, old and young.

On day three, Esther takes us on a drive over the mountains to Ronda for a cooking class at El Golimbreo cookery school. I learn how to make Spanish tortilla with targaninas (a green, leafy vegetable), a chickpea and vegetable stew and a loaf of cinnamon bread. 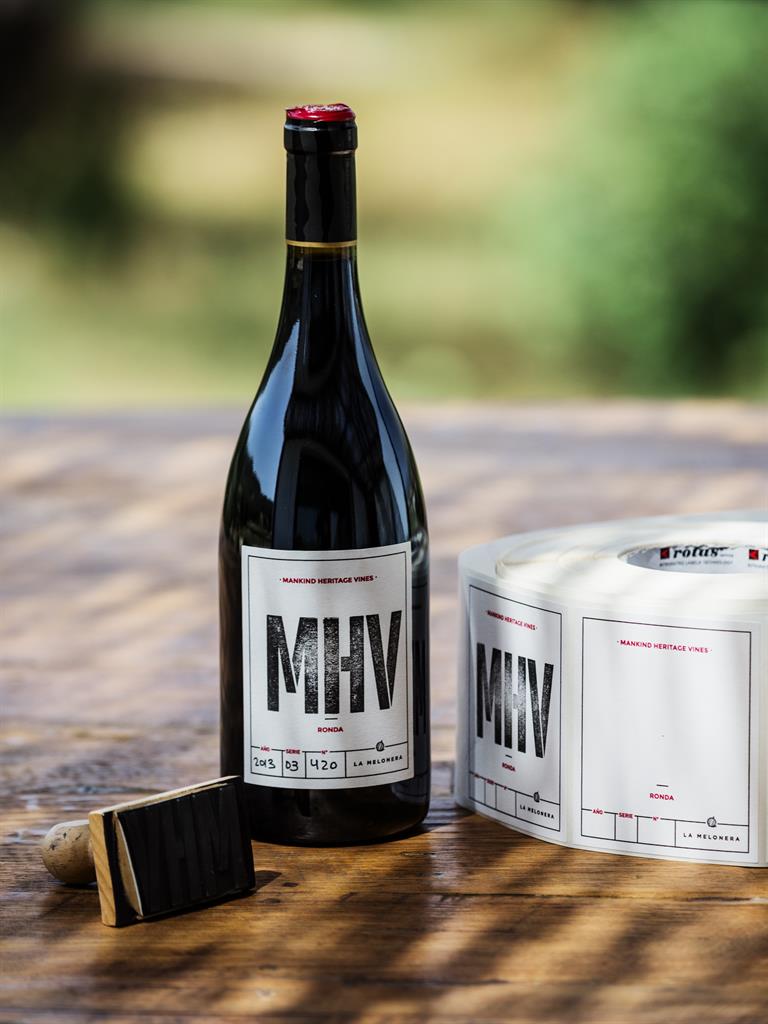 We also visit two bodegas — the modern La Melonera near Ronda, an organic vineyard that’s reviving traditional Andalusian grape varietals, and Bodega Rivero, the oldest working winery in Sierra de Cadiz, where owner Salvadore pours us glasses of his delicious rosé and demonstrates the workings of his antique grape press. Jerez de la Frontera is also only an hour away, and is famous for its sherry bodegas, equestrian school and traditional Arabic hammam.

Back at Suryalila, I make the most of the eco sauna and outdoor saltwater pool, and enjoy getting to know the other guests while sitting around the fireplace. Good food, good conversation and, of course, good wine — that’s my kind of January!

■ From £635pp (all inclusive in a shared room), the next retreat runs from February 8 to 13, suryalila.com