THE mother of Streatham terrorist Sudesh Amman has described him as a ‘nice, polite boy’, who was radicalised while in a high-security jail and by viewing extremist material online.

Haleema Faraz Khan told Sky News that her son, who had wanted to study biomedical science, had seemed ‘normal’ when she visited him on Thursday.

She also spoke to him hours before he staged the attack, when he called to ask her to make some mutton biryani.

Fanatic Amman (pictured above) was shot dead by police after grabbing a knife from a shop and attacking two bystanders in Streatham High Road, south London, yesterday. A third person was injured by flying glass during the gunfire. 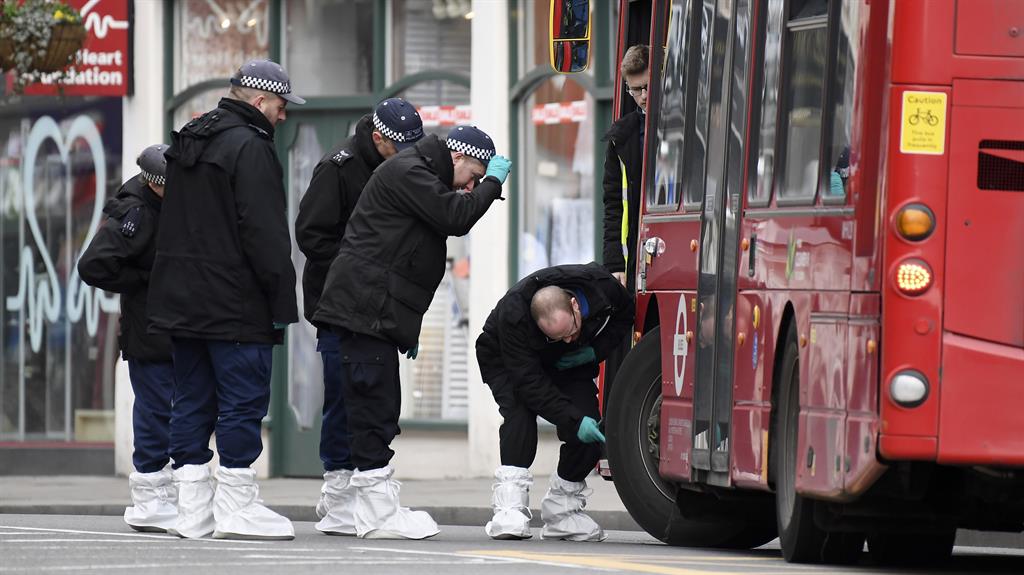 The 20-year-old, who was jailed for possessing and distributing terrorist documents in December 2018, had recently been freed from prison and had been staying at a bail hostel in nearby Leigham Court Road for the past two weeks.

His mother told the broadcaster: ‘He became more religious inside prison, that’s where I think he became radicalised.

‘He was watching and listening to things online which brainwashed him.’

The atrocity follows the attack at Fishmongers’ Hall in the City of London in November, when another convicted terrorist, Usman Khan, murdered two people despite being on probation.

Cambridge graduates Jack Merritt, 25, and Saskia Jones, 23, were stabbed to death at the rehabilitation conference.

Amman’s mother told the broadcaster she believed he had been radicalised while in high-security jail Belmarsh, and had also developed extreme views after looking at Islamist material online.

He had been released from prison on January 23, according to London mayor Sadiq Khan. 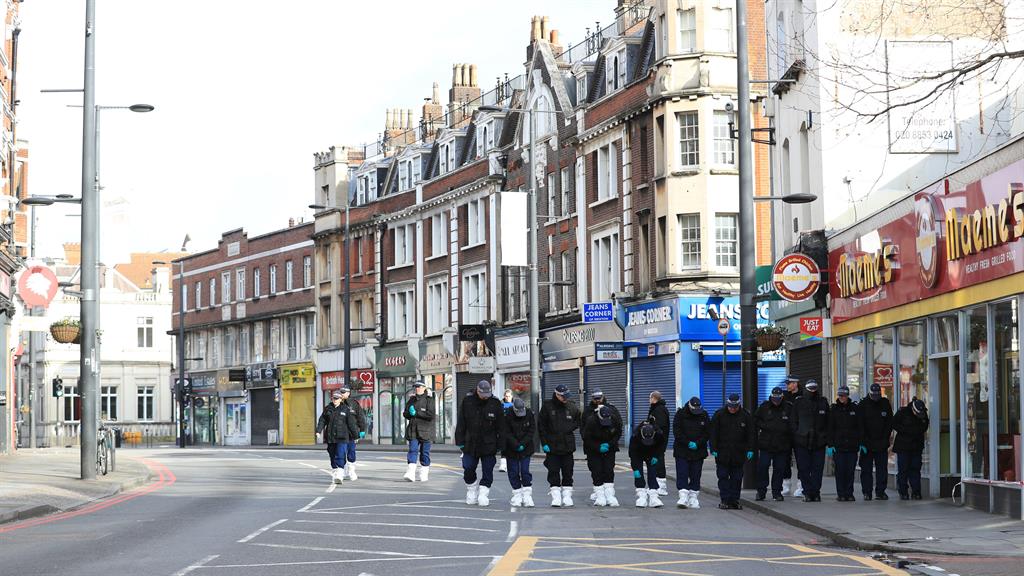 Recalling the terror attack last month by two inmates wearing fake suicide belts at maximum security jail HMP Whitemoor, he described prisons as ‘warehouses where people are radicalised more’ and learn from a ‘university of crime rather than being rehabilitated and punished’.

Mr Khan said more than 70 people who have been convicted of a terrorist offence and served time in prison have been released in the capital.

Today, prime minister Boris Johnson said the government will crack down on the early release of terrorist prisoners, although it is not clear how this will be applied to cases already in train.

‘We are bringing forward legislation to stop the system of automatic early release. The difficulty is how to apply retrospectively to the cohort of people who currently qualify,’ he said.

‘It is time to take action to ensure, irrespective of the law we are bringing in, people in the current stream don’t qualify automatically for early release.’

After the Fishmongers’ Hall attack, a raft of measures were proposed including forcing dangerous terrorists who receive extended determinate sentences to serve the whole time behind bars.

The Counter Terrorism (Sentencing and Release) Bill would also ensure those convicted of serious offences, such as preparing acts of terrorism or directing a terrorist organisation, would spend a minimum of 14 years in jail, introduce lie-detector tests for offenders, and double the number of counter-terrorism probation officers.

The three victims were taken by ambulance to south London hospitals.

One man, in his 40s, is no longer considered to be in a life-threatening condition following treatment, police said.

A woman, in her 50s, who had non-life threatening injuries has been discharged from hospital.

Police said a second woman, in her 20s, who suffered minor injuries believed to have been caused by glass following the discharge of a police firearm, continues to receive treatment.

Mechanical engineering apprentice Jignesh Khomani, 20, a former neighbour of Amman in Harrow, north-west London, said he was ‘saddened’ by the attack, and described him as ‘a pretty average guy’.

A teenager who said she knew Amman from the local neighbourhood, but did not want to give her name, said he used to talk about being a terrorist, but she and others thought he was joking.

The Daesh supporter, who at the time of his sentencing was 18 and living in Harrow, smirked as he was jailed for three years and four months at the Old Bailey.

The court heard that he had listed dying a martyr as one of his ‘life goals’, and had posted al Qaida propaganda on a family WhatsApp group, exposing siblings as young as 11 to graphic material.

His stash of manuals on bomb-making, knife-fighting and close combat included the titles Bloody Brazilian Knife Fighting and How To Make A Bomb In Your Kitchen.

It has been reported that concerns were raised about him in prison.

Police continued investigations overnight, with search warrants being carried out at two addresses in south London and Bishop’s Stortford, Hertfordshire.