LEWIS HAMILTON hailed his drive to a sixth world championship as the best year of his Formula One career.

Hamilton, 34, secured his fifth title in six seasons at the United States Grand Prix in Austin, Texas, yesterday to move ahead of the great Juan Manuel Fangio as statistically the second greatest Formula One driver of all time.

The British driver is now within one triumph of Michael Schumacher’s all-time record. Hamilton has at least one more year to run on his £40million-a-year Mercedes deal, and has already committed to remaining in the sport beyond next season. 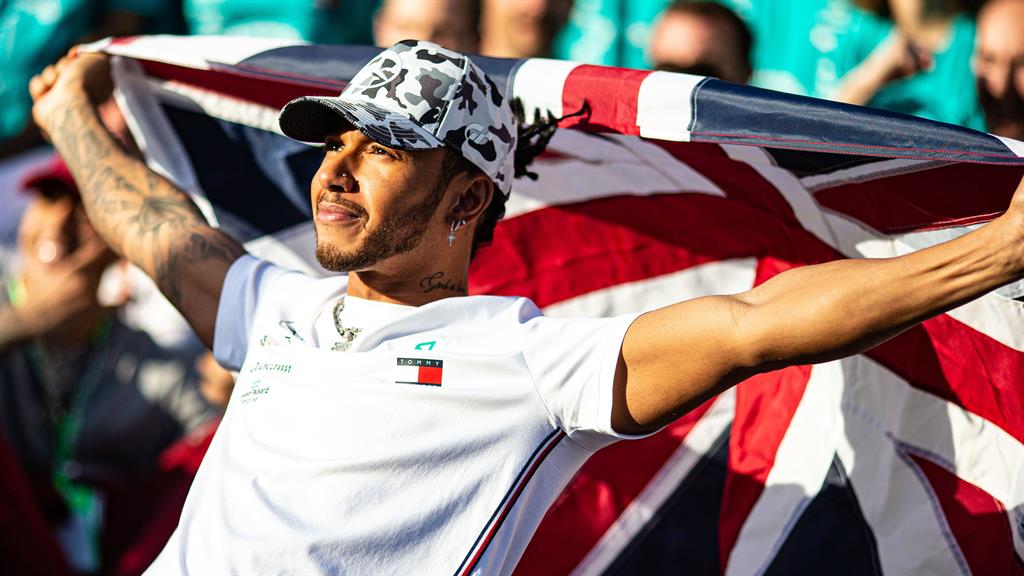 ‘I definitely feel like this has been my best season,’ said Hamilton. ‘But it takes a long time to master a craft and while I feel like I am mastering it, there is still more to master, there is more to add and more pieces of the puzzle to complete.

‘There are going to be ups and downs along the way but I feel like I have the best tools to deal with those. I am working on a masterpiece and I haven’t quite finished it yet.’

Hamilton started from fifth on the grid in Austin, but, following the combination of a fine start and a one-stop strategy, came within just four laps of securing the championship in style by winning his 11th race of the year.

Valtteri Bottas fought his way past Hamilton on the 52nd lap for victory before the British driver managed to hold off Red Bull’s Max Verstappen to take the chequered flag as runner-up.

After removing his helmet and balaclava, Hamilton, 34, took a moment to compose himself before standing on top of his Silver Arrows and lapping up the adulation of the Austin crowd. He ran over to his Mercedes mechanics and collected a British flag.

Hamilton’s father Anthony, step-mother Linda and mother Carmen were underneath the podium as their son celebrated another world crown, with Schumacher’s record — one that many believed would go untouched — now firmly in reach.

‘I definitely thought that getting anywhere near Michael was so far-fetched,’ added Hamilton. ‘But it is so far away that I still cannot really comprehend it.

‘I don’t want to build the idea of getting to seven titles because I want to enjoy this right now. Tomorrow is not a given. We should all enjoy each day because one day you are here and one day you are not.

‘I believe I have the ability to continue to grow and do more with this team and within Formula One so (Schumacher’s record) would be the target.

‘But time will tell. I am focused on being as fit and healthy as I can be and try to enjoy this beautiful journey that we call life. ‘