ATHLETICS: World-record holder Brigid Kosgei will defend her London Marathon title in April. The 25-year-old Kenyan, who won the event for the first time last year, broke Paula Radcliffe’s 16-year-old marathon world record in Chicago last October with a time of two hours, 14 minutes and four seconds. ‘I am very much looking forward to returning to the London Marathon,’ Kosgei said. ‘Last year was an incredible year for me and it started by winning in London. Coming back will be very special and I hope it can be the start of another memorable year.’ Kosgei will be joined in the elite women’s field for the Virgin Money London Marathon on April 26 by 2018 champion Vivian Cheruiyot, three-time Berlin winner Gladys Cherono, 2019 Valencia champion Roza Dereje, and reigning world champion Ruth Chepngetich.

RUGBY LEAGUE: Hull KR prop Mose Masoe has had spinal surgery after hurting his neck in a pre-season fixture at the weekend. The 30-year-old Samoa international was given oxygen on the pitch and rushed to hospital after being hurt in the opening minutes of his side’s 18-6 defeat in a pre-season trial match at Wakefield on Sunday. A club statement said: ‘The club can confirm Mose has suffered a serious spinal injury and was operated on overnight at Leeds General Hospital. The club will provide further updates as soon as possible.’ 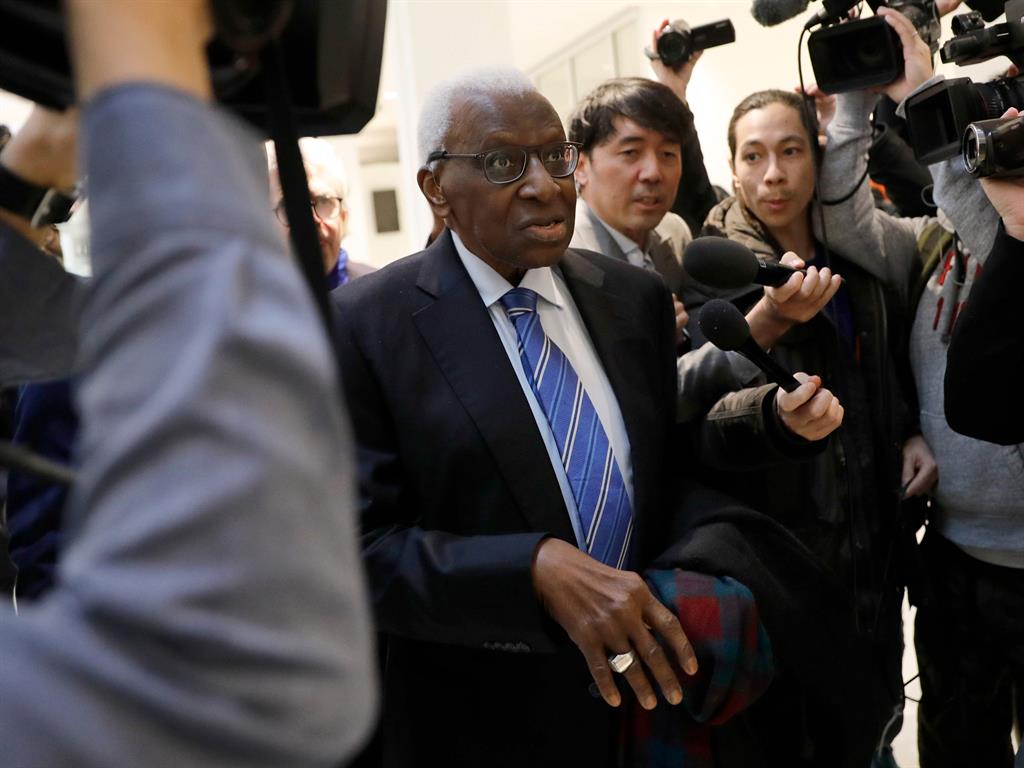 ATHLETICS: The trial of former president of World Athletics Lamine Diack has been adjourned until June and the 86-year-old’s request to return to Senegal has been refused. Diack (above), president of track and field’s world governing body from 1999 until 2015, was set to face allegations in a Paris court he accepted bribes in return for slowing down doping procedures against a number of athletes. Diack denies the charges. Documents from the Senegalese authorities only arrived with the court on Monday. Diack, who has been under house arrest in France since 2015, had a request for permission to return to Senegal denied.

In-form Evans quickly up and running in Adelaide

TENNIS: British No.1 Dan Evans reached the second round of the Adelaide International with a comfortable 6-2, 6-4 victory over Juan Ignacio Londero. His fine form for Great Britain at the ATP Cup has helped Evans climb to a career-high 33rd in the world. He is set for a first grand-slam seeding at the Australian Open, which starts in Melbourne next week.

■ HEATHER WATSON won her first-round match at the Hobart International, overcoming Jil Teichmann 1-6, 6-4, 6-4. The British world No.101, who won the Tasmanian event in 2015, came through two rounds of qualifying to get into the main draw.

SNOOKER: Stephen Maguire found victory hard to take in after fighting back from 5-1 down to beat Neil Robertson 6-5 in the first round of the Masters. ‘It was a crazy game and I can’t believe I won that match,’ said Maguire after a break of 62 clinched the deciding frame. ‘He was the much better player all the way through the match and he should’ve put me to bed 6-0 or 6-1.’