TENNIS: American No.1 John Isner has decided to miss next month’s Australian Open because of the amount of time taking part in the first grand slam of the year would have meant being away from his family. The 35-year-old (pictured) has two very young children and would have had to quarantine for two weeks on arrival in Melbourne before a week of warm-up events due to coronavirus restrictions imposed by the authorities. World No.25 Isner said: ‘At this stage of my career and in my life, I always had visions of being able to travel with my family. Of course, that wouldn’t be the case for Australia this year. Understandably so, I get it. ‘It really was just a situation where I didn’t want to be away from my family for that long.’ 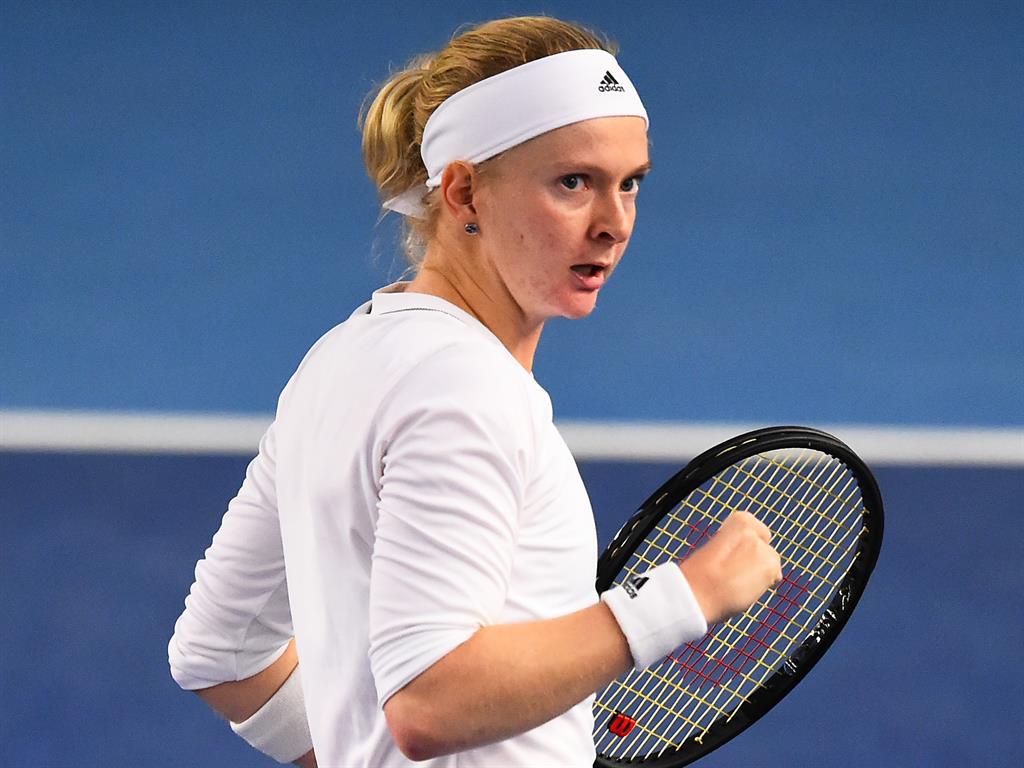 ON THE BRINK: Britain’s Francesca Jones (above) is one win away from making her debut in the main draw of a grand slam after beating Jana Fett in the second round of Australian Open qualifying. The Leeds 20-year-old won 7-6 (8-6), 2-6, 6-1 to follow Monday’s victory over Monica Niculescu

SNOOKER: Neil Robertson has crashed out of the Masters, losing a 5-3 lead to go down 6-5 against Yan Bingtao. The Australian, who claimed the UK title last month, looked likely to reach the last eight in Milton Keynes but China’s Yan fought back to send the match into a decider and showed nerves of steel to win it. Robertson said: ‘I’m a bit over the staleness without the crowds. It’s kind of hard to keep getting yourself up for that all the time. It doesn’t feel like the Masters.’

‘It’s very sad news. He was an amazing man with an amazing breeding operation. He got great satisfaction from Enable’ — Frankie Dettori on owner and breeder Prince Khalid Abdullah, who has died at 83. Prince Khalid gave racing some of its greatest horses, including Frankel and Enable

Ashton is against unexpected break

RUGBY UNION: Chris Ashton has criticised the decision not to fill the void left by the postponement of two rounds of European action with Premiership games. The top-flight chose to have a break after the Champions and Challenge Cups were placed on hold due to the French government barring their clubs from taking part in cross-border competitions. Harlequins winger Ashton said: ‘It’s not ideal for us as players. We were due to play anyway so I don’t think it matters what competition it is. ‘The last thing teams want is to go two weekends without a game. We need game time and need to keep playing, it keeps everyone fit and firing.’

FORMULA ONE: Romain Grosjean’s hands are no longer in bandages just six weeks after he cheated death in Bahrain. Grosjean’s Haas erupted into flames when his Haas penetrated a steel barrier at 140mph but after three nights in hospital, the 34-year-old Frenchman has been recovering at home in Geneva. He posted an image of his bandage-free hands on Twitter yesterday while holding his pet cat. ‘Dressing fully off and Petrus happy,’ he wrote, revealing for the first time the extent of the burns on his left hand.