ATHLETICS: Leading British coach Lloyd Cowan has died at the age of 58. After being a Commonwealth Games hurdler, Cowan (pictured) coached Christine Ohuruogu to 400metres Olympic glory in 2008. Andy Turner, who he coached to the Commonwealth and European 100m hurdles titles in 2011, tweeted: ‘I owe him everything.’

Euro rugby shutdown as premiership takes a break from virus

RUGBY UNION: European rugby chiefs have suspended the Champions Cup and Challenge Cup after the French authorities decided it was ‘too great a public health risk’ for Top 14 clubs to take part. European Professional Club Rugby hoped to avoid a break in the competitions by drawing up new protocols, including the introduction of testing three days before matches, amid concern over the new Covid-19 variant. However, they have called a halt with two rounds of group fixtures still to play after the French government ordered a shutdown. The decision could also have an impact on the forthcoming Six Nations, while Premiership Rugby announced a two-week break. Chief executive Darren Childs said: ‘This gives us the chance to hand rest to hard-working players, management, staff and match officials.’

OLYMPICS: Four-time Olympic gold medallist Sir Matthew Pinsent says the Tokyo Olympics must be delayed again. Tokyo is in a state of emergency due to coronavirus and a poll in Japan at the weekend found 80 per cent of respondents believed the Games should be scrapped or put back. British rowing legend Pinsent tweeted: ‘Once again the IOC need courageous leadership. The idea of Olympic athletes/officials/delegations getting vaccine priority is antiethical. The risks of 000’s of people flying round the world to gather unvaccinated is ludicrous. ‘Tokyo given the option of delaying until 2024, Paris move to (20)28 and LA (20)32.’

Kyle in the dock for swearing at ref

RUGBY UNION: Bristol’s England prop Kyle Sinckler will appear before an independent disciplinary panel today after being cited for swearing at referee Karl Dickson. The 27-year-old has apologised online to Dickson, a former Harlequins team-mate, for the incident in Bristol’s 20-7 win at Exeter on Saturday.

Stuart through with Nooh way back 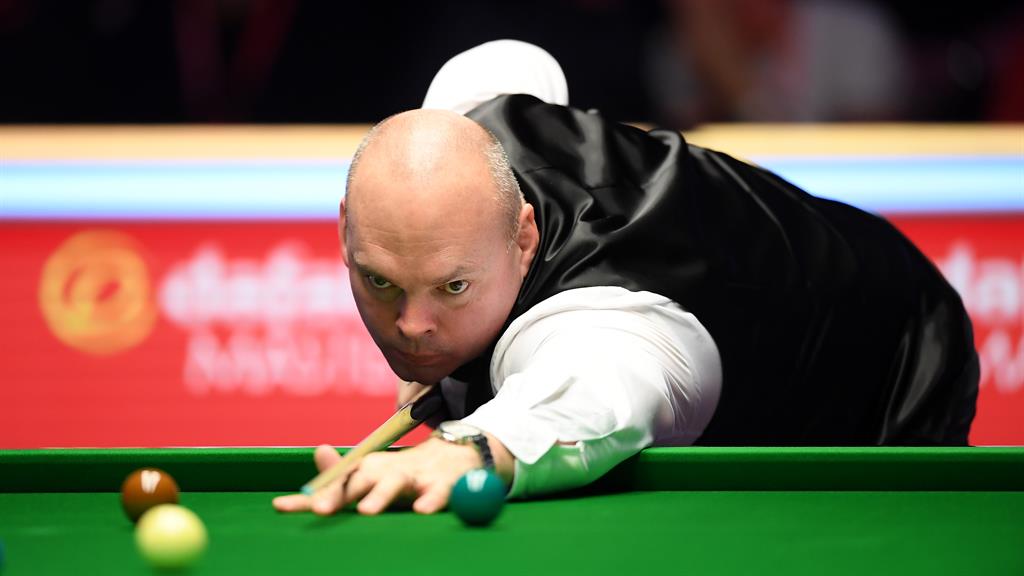 SNOOKER: Defending champion Stuart Bingham shrugged off Thepchaiya Un-Nooh’s stirring comeback to book his place in the quarter-finals of the Masters in Milton Keynes. After his 6-4 victory, Bingham (pictured) insisted this year’s tournament was not devalued by world No.1 Judd Trump and Jack Lisowski withdrawing after positive coronavirus tests. Bingham, who had led 5-1, said: ‘It is a blow to the tournament with probably the favourite to win it (Trump forced to miss out), but life goes on.’

FORMULA ONE: The Chinese Grand Prix is set to be postponed due to coronavirus complications, with F1 bosses working on a revamped calendar for the 2021 season. China’s strict Covid-19 travel restrictions will make it virtually impossible to host the Shanghai race on April 11. It means two of the opening three rounds of the 23-race schedule are poised to fall by the wayside with March’s season-opening Australian Grand Prix almost certain to be postponed. F1 bosses remain confident of staging 23 rounds, with Imola and Portugal the frontrunners to slot into a rejigged schedule following the opening race, which will now take place in Bahrain on March 28. The Australian race is likely to be moved to November but China will only be given a new date if another round cannot go ahead.

TENNIS: Morocco’s Elliot Benchetrit nearly reached the Australian Open second qualifying round without winning a set but said news opponent Denis Kudla tested positive for Covid-19 during their match came one game too late. Fourth seed Kudla beat Benchetrit 6-4, 6-3 in Doha to advance but the American is out of the tournament as he must self-isolate following the positive test. ‘At 5-3, they got the result (of his test). So if I’d won that game at 5-3 to make it 5-4, I’d have qualified for the second round,’ said 22-year-old Benchetrit. ‘Now we’re waiting to see if I’m considered a close contact.’

■ 6-3, 6-2 — Win for Britain’s Francesca Jones who recorded her first grand-slam qualifying win against Monica Niculescu in the Australian Open event in Dubai. But British No.3 Harriet Dart, who won a match in the main draw last year, and Liam Broady both lost in Doha

■ 1994 — Last time Cleveland Browns won an NFL playoff game before their 48-37 victory at the Pittsburgh Steelers. There were also wins for Baltimore and New Orleans in the wildcard round on Sunday