RUGBY LEAGUE: Jackson Hastings believes being crowned Super League’s Man of Steel is his greatest achievement in life. The 23-year-old Australian half-back became the first Salford winner of an award that dates back to 1977 after his club reached their first Grand Final. The former Sydney Roosters and Manly Sea Eagles player had arrived at Salford under a cloud last year after off-field incidents threatened to curtail his promising career. ‘It’s the greatest achievement I’ve ever had in my career and probably my life,’ said Hastings, who is joining Wigan next year. ‘From where I was 16 months ago, I thought I was going to have to get a job but I’d much rather play rugby league.’

Watson wants to hang on to new support

RUGBY LEAGUE: Salford coach Ian Watson is hoping his team’s march to a maiden Grand Final will have long-lasting benefits. Watson has transformed the Red Devils’ fortunes on Super League’s second lowest budget and the club could pocket £250,000 if they beat St Helens on Saturday. They had the lowest average home gate this term — 3,630 — but sold 6,000 Old Trafford tickets on the first day of release. ‘If we can keep hold of 1,000 of them, we might be able to work towards full salary cap,’ said Watson. ‘That means we’ll be able to bring in more quality players to make sure we sustain where we’re at at this level.’

Heather off to winning start

TENNIS: Britain’s Heather Watson has booked her place in round two of the Tianjin Open in China with a 6-4, 7-6 (7-3) victory against Kateryna Bondarenko, of Ukraine. 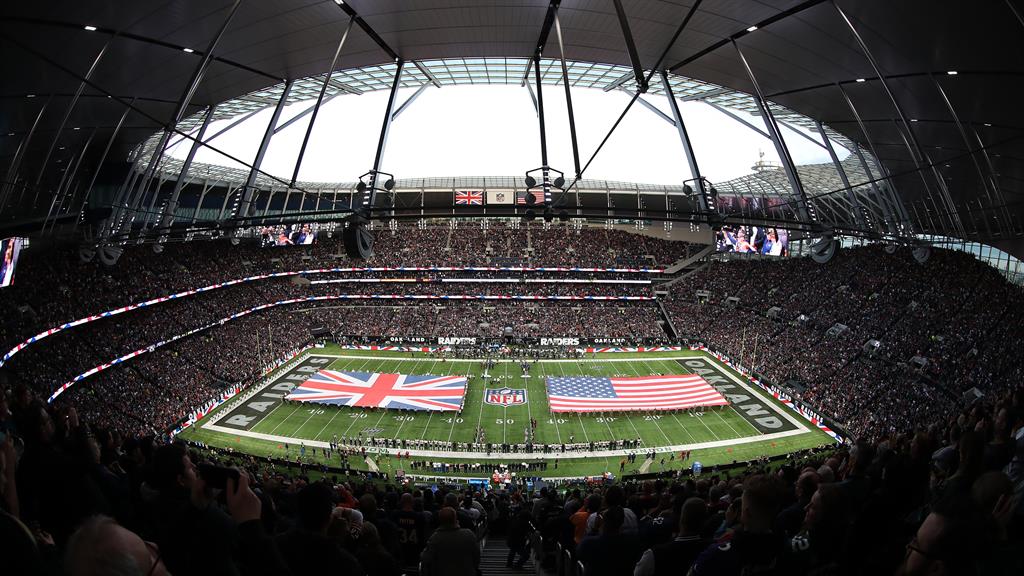 ‘Everything about it is first class, the details in every room. This is one of the best stadiums I’ve ever played in in my life — if not the best’ — Oakland Raiders quarterback Derek Carr hails the Tottenham Hotspur Stadium (above) after his team’s 24-21 victory over the Chicago Bears in the venue’s first NFL game on Sunday