FOR years it was a popular grassy area used for kickabouts by children living on a housing estate.

Now, after complaints from some residents, a council has spent £6,000 on a bizarre ‘X-shaped’ fencing scheme to stop the youngsters playing.

And the families of Auckland and Kingston Place in Dalmuir, West Dunbartonshire, are furious. They have handed in a petition to the council, accusing it of wasting cash and spoiling children’s fun. 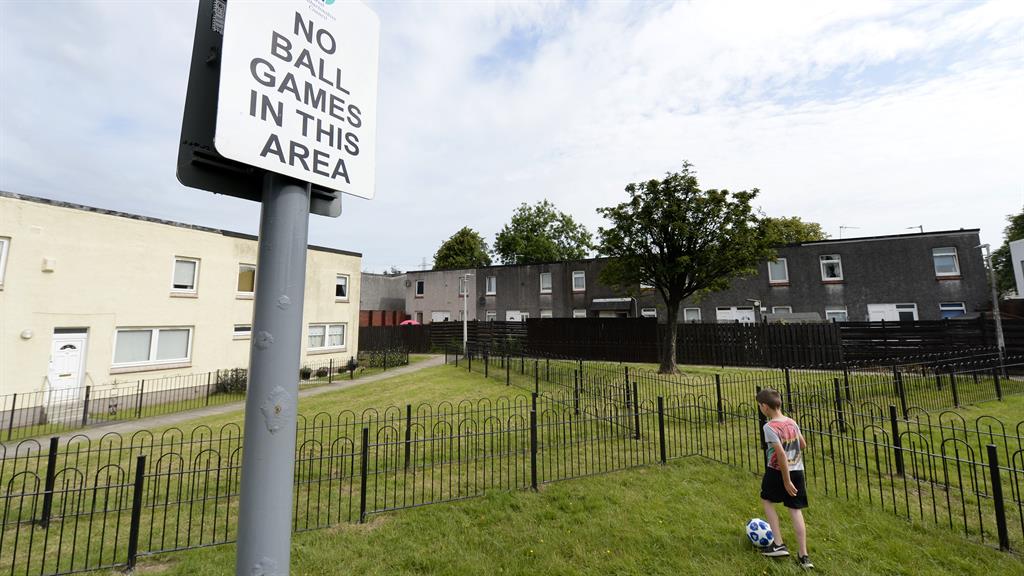 They say only two residents complained — last year — and the youngsters whose football prompted the upset no longer play there.

Violet-Ann Woods, who lives on the estate, said: ‘Disgraceful move and a total waste of money… let the weans play. It looks like a prison. Put some swings on it for younger kids, we’re meant to be encouraging kids to play outside.’

Another resident, Tracey McCormick, branded the fencing ‘a ridiculous waste of money’. She added: ‘The grass areas in this scheme are the only safe place for young kids to play. It is now a total eyesore.’ A spokesman for West Dumbartonshire council defended the ‘low level’ fences. 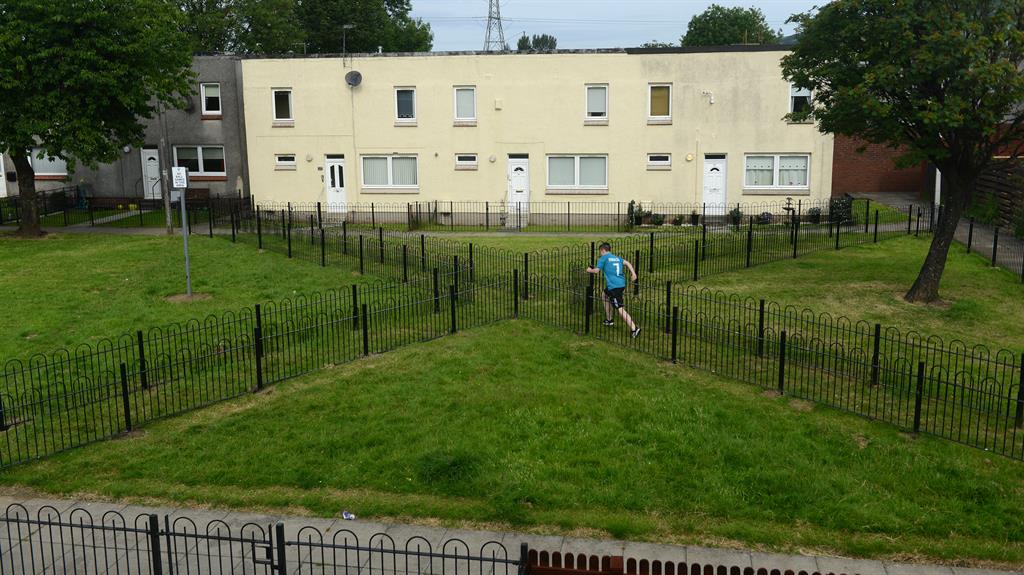 ‘They were introduced in consultation with residents following a number of complaints about damage to property caused by ball games on the grassed area,’ the spokesman said.

‘The design was chosen to discourage use of the location as a play area, and encourage the use of existing full-size pitches nearby.’