MOROCCO left a deep impression on the Duchess of Sussex yesterday.

The pregnant wife of Prince Harry was given a henna tattoo, a traditional good luck gesture for her first child, during a three-day royal visit.

Meghan had a floral pattern painted on her left hand while touring an education project for girls in the Atlas mountains.

When it was finished, Meghan, 37, said: ‘That’s really lovely,’ and proudly showed it to Harry.

Samira Ouaadi, 17, created the design, which will last about two weeks. She said: ’We do it for major celebrations like getting married or having a baby.’ 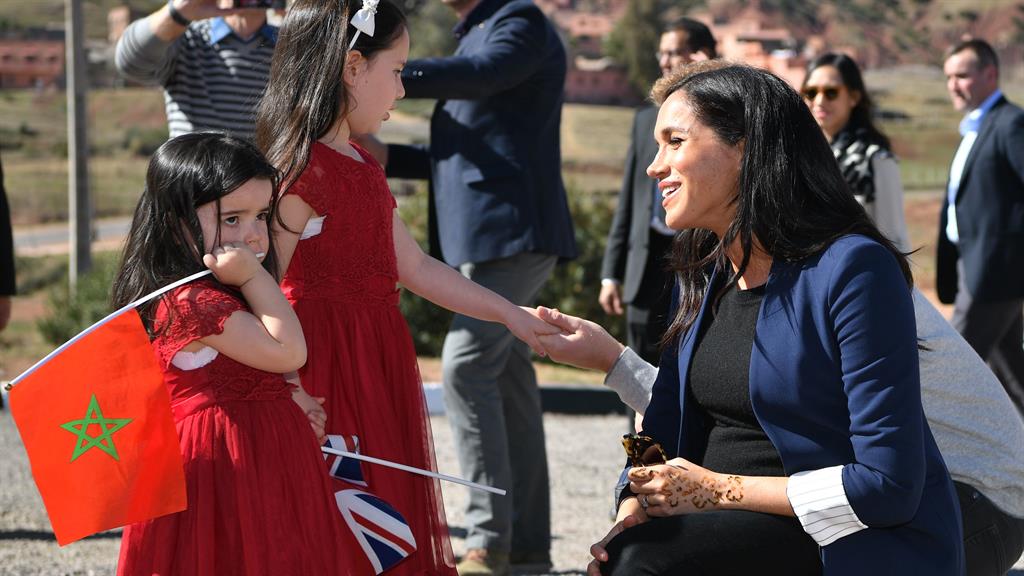 The duke and duchess, whose baby is due in April, toured classrooms where most pupils were fluent only in French. Meghan spoke the language to ask what they wanted to do after leaving school. 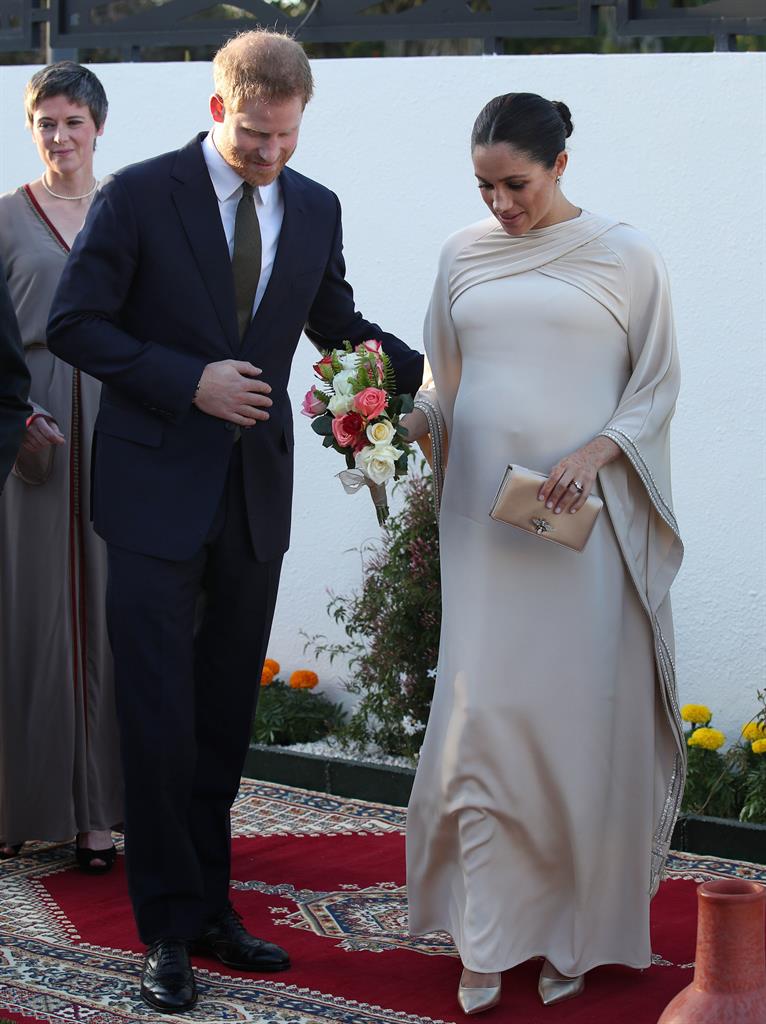 The first Education For All project, founded by British entrepreneur Michael McHugo, opened in 2007 and it now has 50 girls enrolled at university and educates dozens more at six girls’ boarding houses.

Later, Meghan looked dazzling in a cream Dior gown as she and Harry, 34, attended the British ambassador’s party in the capital Rabat.