A SLOWDOWN in the number of deaths and infections has offered a faint glimmer of hope that some European nations may finally be turning a corner.

Officials in Spain announced just over 6,000 new cases yesterday, down from more than 7,000 during the previous 24-hour period.

Confirmed fatalities also dropped to 674, taking the national tally to 12,418. It is the first time that deaths have fallen below 800 in the past week.

Prime minister Pedro Sanchez has insisted that the nation was ‘starting to see the light at the end of the tunnel’.

But in a TV address he also announced that the lockdown measures will carry on for another two weeks until April 26.

Meanwhile, Italy registered 525 deaths — down from 681 on Saturday and 766 a day earlier. A total of 15,887 people have now died. The number of confirmed cases was 128,948, up from 124,632. There was also a drop in the number of patients in intensive care for the first time. Rome’s main hospital for treating victims said more patients are now being discharged than admitted.

Health minister Roberto Speranza announced government proposals to try to prevent a second wave of infections when the lockdown is eventually relaxed.

The measures involve increased testing and contact tracing. However, Mr Speranza said it was too early to say when Italy would be able to lift its nationwide lockdown.

It began on March 9 and is officially due to end on April 13 but is widely expected to be extended.

Mr Speranza told La Repubblica newspaper: ‘There are difficult months ahead. Our task is to create the conditions to live with the virus, at least until a vaccine is developed.’

Deaths fell from 588 to 441 in France, where nearly 7,000 people are in intensive care, overwhelming hospitals and medical staff. 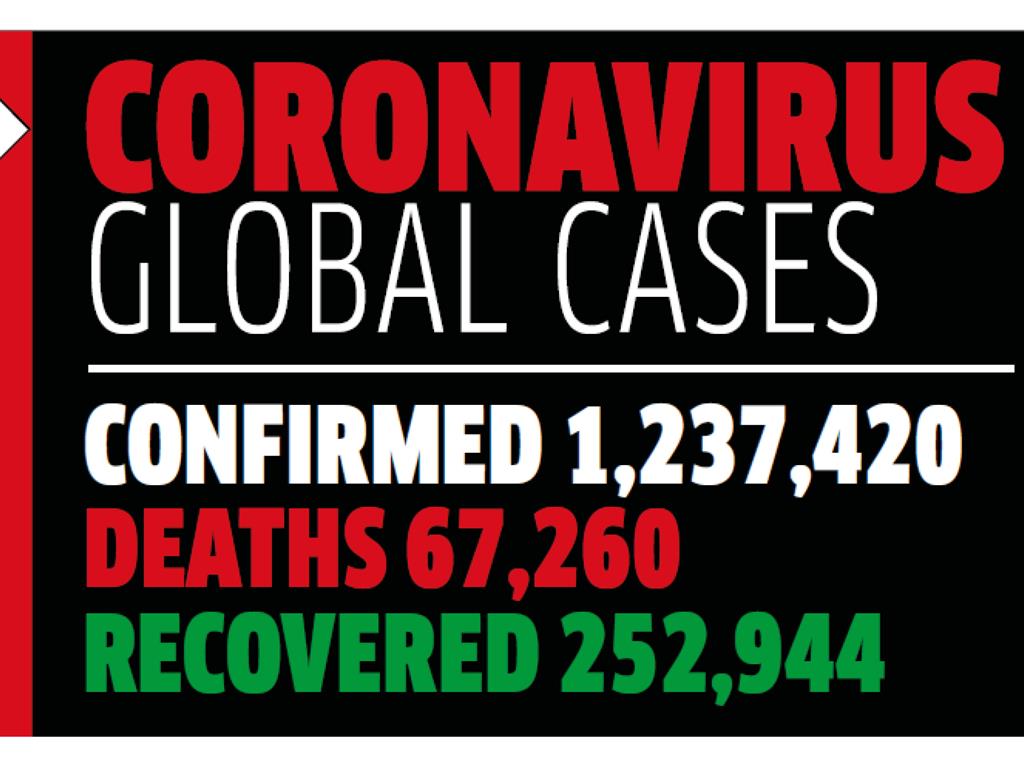 A total of 7,560 people have now died, and Europe’s biggest food market — in Rungis, south of Paris — is being transformed into a makeshift morgue.

Meanwhile, Germany confirmed new cases rose by just over 6,082, a slight decrease from the 6,174 infections reported a day earlier.

However, the government cautioned that it was ‘far too early’ to identify a trend in the country, where more than 1,150 have now died.

Chancellor Angela Merkel warned that the national lockdown could stretch beyond Easter — with curbs on movement until at least April 19 — but said the figures gave cause for ‘very cautious hope’.

She said: ‘The rise in confirmed new cases is going a bit slower than a few days ago. But it is definitively way too early to identify a trend and therefore it is also too early to ease some of the strict rules we have set for ourselves.’