Cat On A Hot Tin Roof

Leerers will get an eyeful. Traditionalists may be shocked. But it makes good dramatic sense that Sienna Miller and her fast-rising co-star Jack O’Connell (This Is England and Unbroken) strip off.

Tennessee Williams’ 1955 classic is set in the grand homestead of a Mississippi family. It’s the birthday of plantation owner Big Daddy (Star Trek’s Colm Meaney), but Miller’s southern belle Maggie and O’Connell’s former American football star Brick are in no mood to celebrate. The couple are locked in a childless marriage. She is sexually neglected and desperate for a baby, he is haunted by the loss of a friendship that was gay in all but name.

In Benedict Andrews’ stylish, bold production, both actors do a fine job capturing the particular brand of unhappiness in which their alter egos are trapped.

With a leg encased in plaster after drunken hijinks the night before, the muscular O’Connell spends most of the play’s two and a half hours or more in nude or semi-nude state, drinking his way through the four bottles of whiskey and the cellophane sack of ice from which he makes countless highballs. He’s chasing the ‘click’ in his head that comes when alcohol brings him peace. 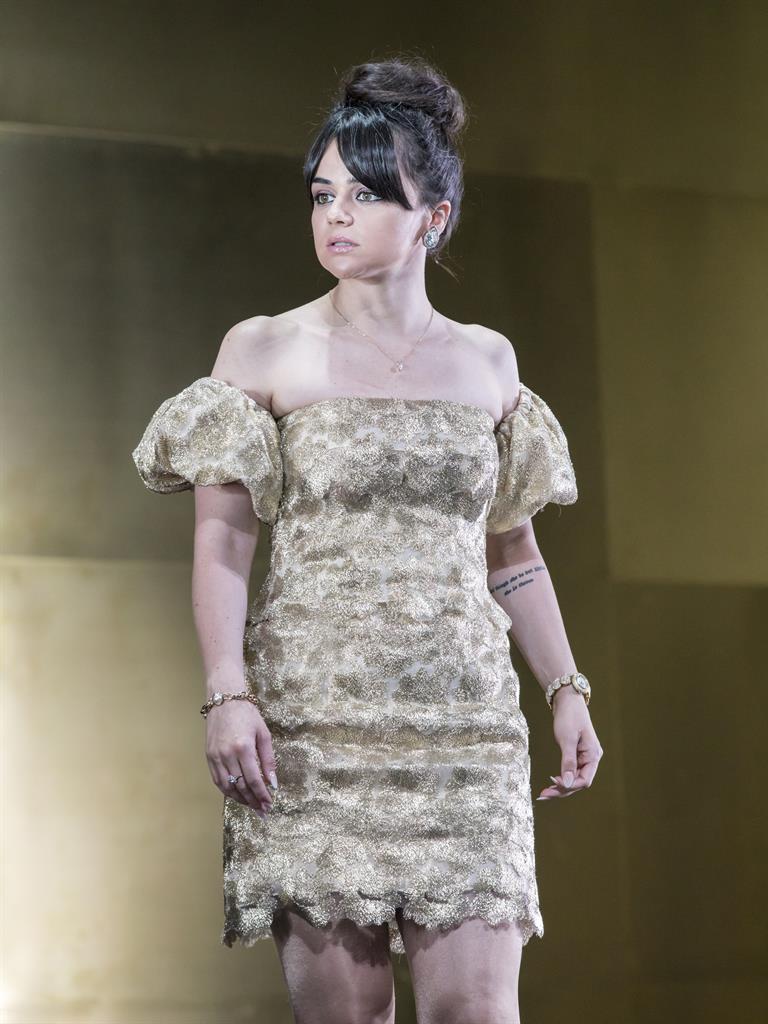 It’s a performance that generates the opposite of sexual chemistry; his body exuding sexual disinterest from every pore as Maggie — the highly-strung cat of the title — attempts to slink her way into his charms.

Miller takes a while to warm to the southern drawl. But she superbly captures the paradox of being both sexy and sexually frustrated. And when needed she uses southern politeness against her bitchy sister-in-law (I, Daniel Blake star Hayley Squires) like a whip.

Andrews updates the play to the present and you have to suspend too much disbelief to credit that today — even in Mississippi — being gay ruins lives in the way it did in Williams’ day. But Miller and O’Connell still get to a raw and naked truth.