THE son of a 98-year-old widower violently attacked and robbed in his own home has said he is ‘lost for words at man’s inhumanity to man’.

Peter Gouldstone is fighting for his life in hospital with ‘extremely severe injuries’ after suffering two bleeds on the brain, Det Insp Paul Ridley said today.

Simon Gouldstone, 67, said he found his father in a ‘semi-conscious state’ in his bedroom of his house in Evesham Road, Enfield, north London, on Tuesday morning after the back door was broken in.

The former civil servant, who was alerted by a neighbour, said: ‘I smelt a rat because the house was very cold, he was in amongst quite a lot of turmoil.

‘He couldn’t communicate, he had bruising on his arms and face.

‘I don’t know how they can live with themselves. Examine your consciences. The sooner they’re locked up the better.’ 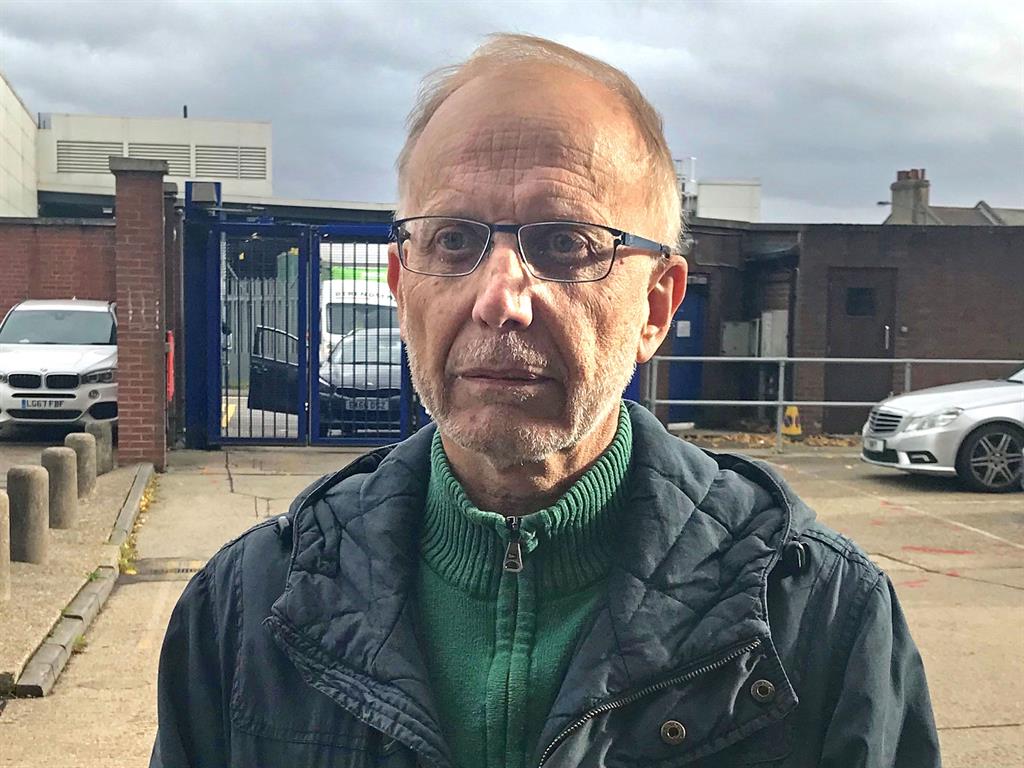 Mr Gouldstone (pictured above) said his father, who has lived at the house for more than 50 years, was a former telephone engineer who worked for the Post Office before retiring around 1980.

His wife of 65 years, Joan, died several years ago and the couple also had a daughter, he added.

Several elderly neighbours spoke of their shock and concern following the incident.

Pio Gomes, 78, said Mr Gouldstone was rarely seen outside since his wife died.

He said: ‘After that he wouldn’t come out much, I used to take his bins out for him because he wasn’t steady.

‘His son Simon used to come round and take him out, take him shopping.

‘Of course it affects you because it’s worrying. It’s callous, who could have done this to an old man like him?’ 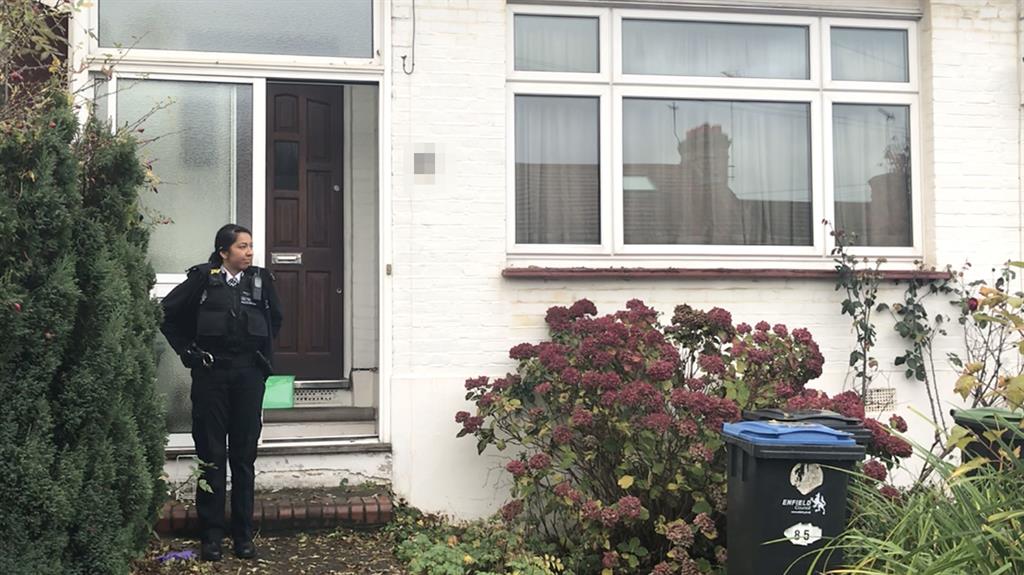 A black Panasonic 26in TV was stolen from the house along ‘with a number of other items’, police said.

The attack took place in a 20-hour window between 2pm on November 5 and when he was discovered, but officers believe it was most likely under cover of darkness.

Det Insp Ridley said: ‘This was a brutal and senseless attack on a vulnerable pensioner in his own home.

‘He was left helpless and seriously injured at the address all alone.

‘It was only due to a member of the public noticing damage to the property that the alarm was raised.

‘If this member of the public had not intervened then it’s almost certain Mr Gouldstone would have succumbed to his injuries.’

He urgently appealed for any witnesses to come forward.

The news of the attack on Mr Gouldstone comes on the day an evil mum and her son were locked up for 16 years for knifing a frail 75-year-old man for his pension.

Jobless thug Joanne Hatwell, 46, followed the victim home after he collected his £160 pension before she and her son Ryan Hatwell, 27, stabbed him several times on his own doorstep and robbed him.

The victim was forced to move into a care home after the sickening attack, which caused his health to deteriorate.

Joanne Hatwell was jailed for eight years after she was found guilty of robbery at Snaresbrook Crown Court.

Her son admitted robbery and possession of an offensive weapon and was also sentenced to eight years in prison over the attack on April 9.