IT’S been another difficult week for pro-Remain party Change UK, after its lead candidate in Scotland quit to back the Lib Dems in next week’s European elections.

The days when MPs, including Chuka Umunna, Luciana Berger, Anna Soubry and Heidi Allen quit their parties to form The Independent Group seem so long ago.

Some of the struggles have been of their own making: the name changes; the fact they didn’t get a logo ready in time for the European elections; the failure to contest the Peterborough by-election.

But the single biggest problem for Change UK is this one: they didn’t bank on a Lib Dem revival.

Back in the dizzying days when the group enjoyed blanket media coverage and double digit support in the polls, the former Labour MP Chris Leslie blithely said the Lib Dems had ‘fallen below a critical mass’ and ‘haven’t had the drive to get out of that for a long time’.

Change UK, in contrast, ‘don’t come with that baggage’, he added.

It is difficult to predict what would have happened if the Brexit Party and Change UK contested seats in the May 2 council elections, but they didn’t.

Instead they were a triumph for the Lib Dems, who picked up hundreds of seats and a new momentum.

Ahead of the European elections, there are a lot of parties bidding for votes in the anti-Brexit market: Change UK, the Lib Dems, the Greens, the SNP, Plaid Cymru. Labour will also mop up a large share. It’s a crowded field.

And it’s left me wondering whether Change UK has made a tactical error.

A far less crowded field would be an economically and socially liberal offering rooted in the traditional ‘centre ground’.

Despite the name, Change UK aren’t really radical (they sound more like ministers in a mid-term government than internet insurgents) but perhaps that’s a point of difference in itself.

Being defined by Brexit, in many ways, is the problem. It’s also why centrist MPs who want to leave the EU, like Ian Austin (ex-Labour) and Nick Boles (who quit the Tories), can’t join Change UK… for now.

The problem is, right now, they are polling in the low single digits. If they tank in next week’s election, they might not get the chance to redefine themselves past Brexit. It could finish them off.

■ I’m travelling to Northern Ireland this week to speak to the Brexit secretary Stephen Barclay. Tune in to Sophy Ridge on Sunday, at 9am, on Sky News, where I will at least try to find out what is happening when it comes to leaving the EU.

Crom on you lot… stop sitting around

The current session of parliament is now the longest since the English civil war. Tuesday marked the 300th sitting day of a session which started in June 2017.

In fairness, that included the civil war, the execution of Charles I and only ended when Oliver Cromwell used soldiers to remove MPs.

I’m not sure politicians have the same excuse this time.

It’s not as if much is happening — MPs went a whole month without having a single vote.

And it is Groundhog Day on Brexit, with (yet another) attempt to pass the Withdrawal Agreement being lined up that looks doomed to fail (again). There is only Brexit. And yet there is nothing to say on the issue.

When the EU granted the Brexit extension in April, European Council president Donald Tusk pleaded with MPs: ‘Please don’t waste this time.’ I’m not sure how else you would describe what’s happening in parliament right now.

Now for a summer of discontent 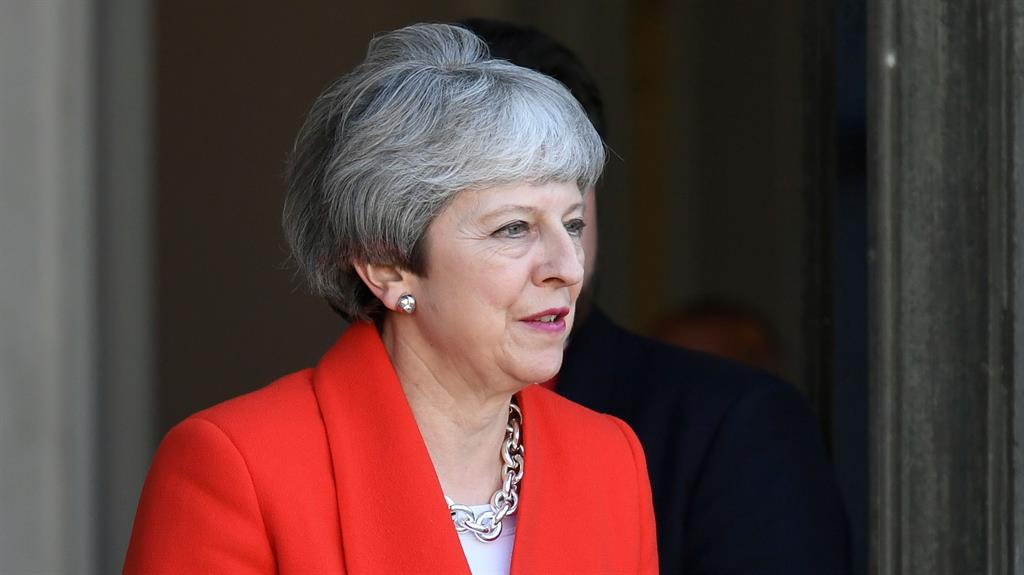 WE ARE now in the final stretch of Theresa May’s premiership.

The prime minister (pictured) has promised to set out a timetable for her departure after one final attempt to get her Brexit deal through parliament, in the first week of June.

We don’t know how long she will stay on in No.10 — but it’s now certain that the summer will be dominated by a Conservative party leadership election (so no change from the current situation, then).