A MASK-WEARING woman sits in virtual isolation on a Tube yesterday as thousands of other commuters faced a social distancing nightmare.

Many trains, trams and buses were crowded with passengers, and vehicles crawled along nose to tail on roads into the country’s major cities after Boris Johnson said that anyone who cannot work from home should attempt to return to their workplace.

London Underground was operating 60 per cent of its normal weekday service.

One Tube driver said: ‘Social distancing during the peak was a joke, our carriages were heaving — and it will get worse.’

Rail and bus operators issued advice to commuters, with posters and floor markings installed at stations and bus stops.

But trade unions warned that passengers and transport staff were being put at risk and condemned what they called a ‘complete shambles’ after part of London’s Victoria line was suspended amid reports a person had collapsed.

They threatened to shut down lines by withdrawing work unless their safety complaints were heeded.

Transport secretary Grant Shapps warned the government could reverse it’s ‘return to work’ advice if too many people tried to use public transport. He told BBC Radio 4’s Today programme: ‘If we see the R number go up again — particularly above one — we will have to take steps. We all know what that means — it means going back to staying at home.’ 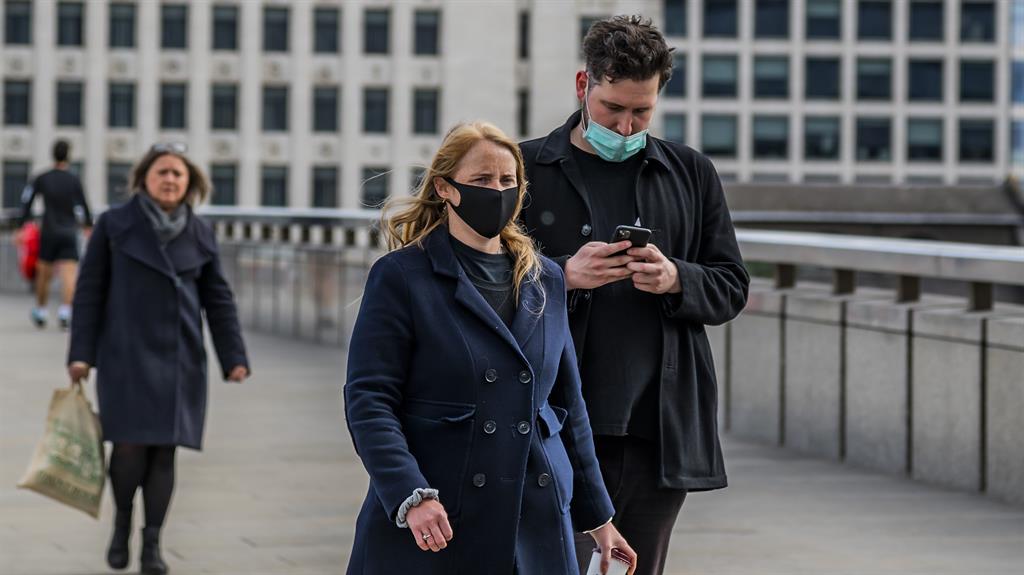 He added: ‘We have got a big team of marshallers going out through Network Rail, Transport for London, we have got the British Transport Police out there, and we are even bringing in volunteers to remind people that we don’t want to see platforms crowded.’

Commuters were advised to avoid public transport if possible but to wear face coverings if they could not avoid it in warnings from bodies including TfL, Manchester Metrolink and ScotRail.

Manchester Metrolink said: ‘Do not use public transport unless you have to. If you need to travel, walk, cycle or drive if you can.’

A TfL spokesperson said: ‘If public transport is the only alternative then please travel outside the busiest times.

‘Face coverings are particularly important where social distancing is hard to maintain.’

They added: ‘Londoners who can work from home should continue to do so.’

RMT general secretary Mick Cash said the union was ‘monitoring the situation across services and will discuss any appropriate action with our local reps’.

Aslef’s Finn Brennan said: ‘It is really distressing to see the pictures of packed Tube trains this morning and so many people not wearing masks.’